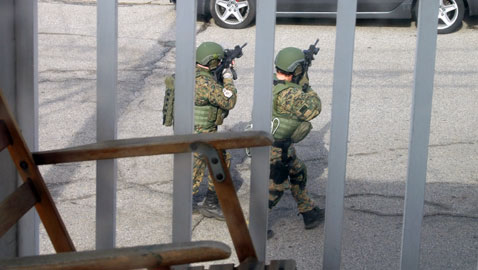 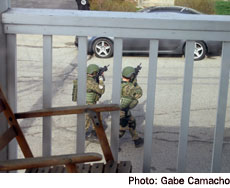 From ACLU of Massachusetts Director of Education Nancy Murray, of Erie Street, March 6: A recent article on police militarization correctly pointed out that the ACLU did not single out Cambridge in a report on this problem in the Commonwealth. Indeed, we have given the City Council credit in our recent briefing paper “Cops in the Commonwealth” for its initial opposition to the use of secretive surveillance cameras. But this does not mean Cambridge has no cause for concern.

I applaud the council for discussing the militarization of police and even questioning its own policies and preparations, including a sniper team. The use of military tactics in civilian environments should concern us all.

So should the use of military weapons and equipment. Even when the federal government provides military equipment “for free” our community becomes responsible for its maintenance, for training personnel and – most importantly – for its use.

Local law enforcement should focus on protecting and serving by fighting ordinary crime. The use of specialty teams should be a rare exception, and we and our leaders should ask questions before we embrace military tactics and hardware, not after.

Nancy Murray is the author of the American Civil Liberties Union report, “Our Homes Are Not Battlefields: Reversing the Militarization & Federalization of Local Police in Massachusetts.” A PDF of the report is here.