Taste test: Can Pure7 chocolate catch more chocophiles with honey than with sugar? 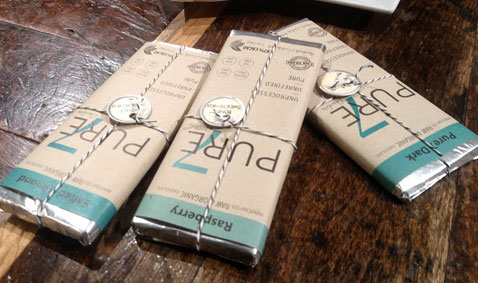 Taste test: Can Pure7 chocolate catch more chocophiles with honey than with sugar?

There’s a reason Pure7 chocolate is available at the honey-only Follow the Honey store in Harvard Square as well as a dozen other locations in Cambridge and Somerville: It’s made with honey instead of sugar.

Entrepreneurs Julie MacQueen and Carrie Raho say they were told it couldn’t be done – that the chocolate wouldn’t temper or taste right – but kept at it in search of “chocolate that was both gourmet and healthy … loaded with health benefits, without the junk.” Keeping the sweets free of sugar, dairy, wheat and gluten made them an acceptable treat for people on the paleo and GAPS diets, as well as for their own seven kids. 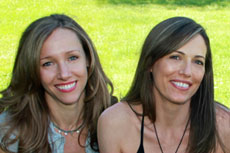 “The partners take special care with ingredients,” Rosie DeQuattro said in Edible Boston, noting that the bars are at least 85 percent dark but “unlike most chocolate with that high a percentage of cacao, it is not bitter. The honey soothes the chocolate’s bitterness and gives it a smooth, creamy mouth feel.”

Within a year of launching in September 2013, the company was sending its wares from a converted barn in Carlisle to 60 stores throughout the state, including throughout the local Whole Foods Market chain. But MacQueen and Raho aren’t resting. The company is “looking to continue that momentum and connect with the community,” it said through Melina Morris, its marketing intern. To make sure Pure7 gets into as many mouths and stomachs as possible, they sent a few bars (and some of the discs called “Bites”) for a taste test.

To sample the Pure Dark, Raspberry and Salted Almond flavors sent by Pure7, we gathered four tasters with a range of experience with high-end foods and chocolate in particular:

Rose Anderson-Gips is a barista at Diesel Cafe in Davis Square, Somerville, with an interest in sustainability and healthy eating – and is identified as its resident expert.

Tania Mejer writes on food, travel and environmental and health issues occasionally for the Boston Herald and has worked at Somerville’s Taza Chocolates.

Divya is seeking a master’s degree in engineering and bioengineering at Tufts University – but hasn’t let it interfere with her appreciation of finer foods and chocolate.

Nate Shumway is a beer taster and buyer with Federal Wine & Spirits in Boston who has worked at Formaggio Kitchen in Cambridge.

Their mission was to taste the chocolate as the average consumer would, with no specific dietary needs, and answer the question: Would I buy this chocolate? 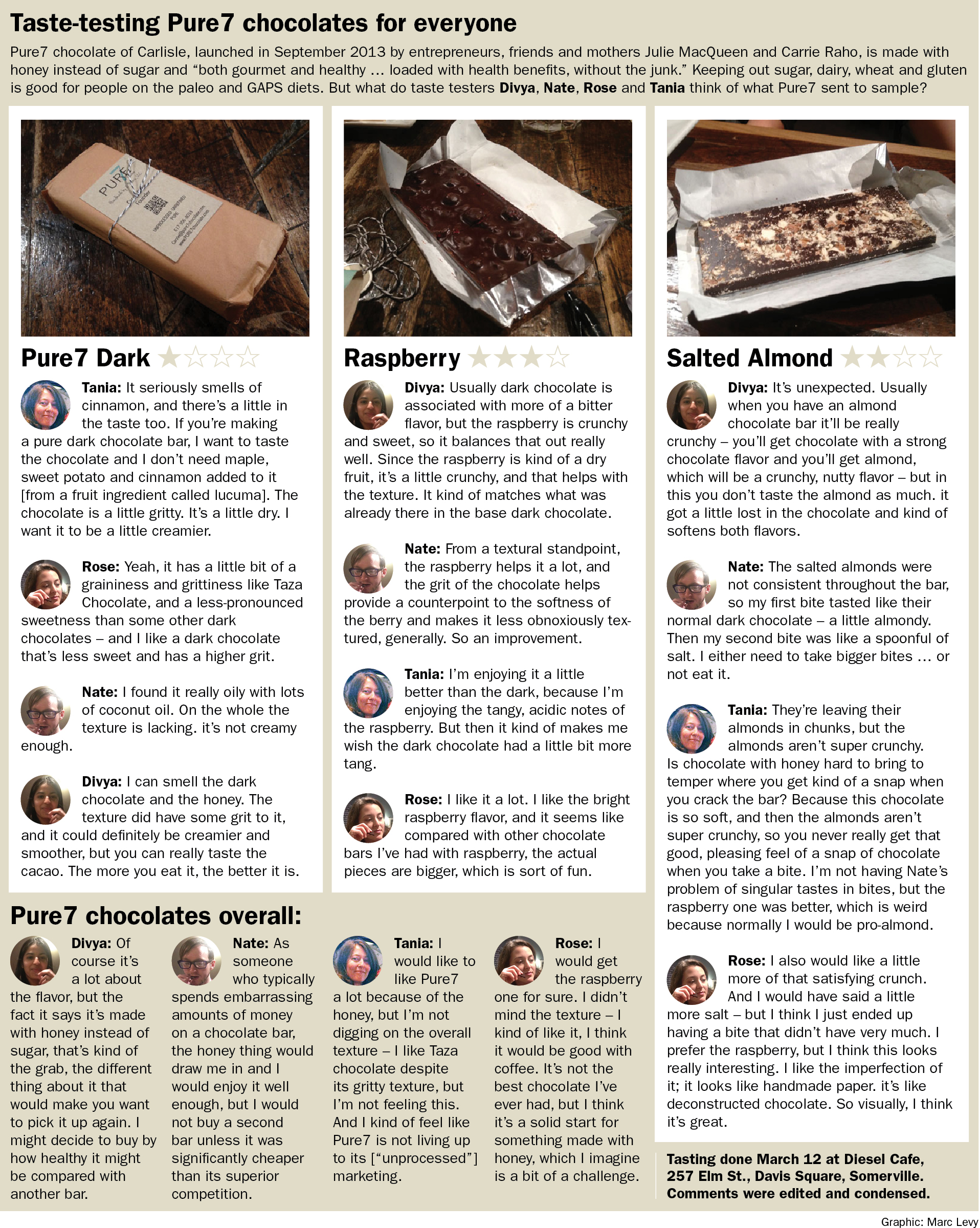