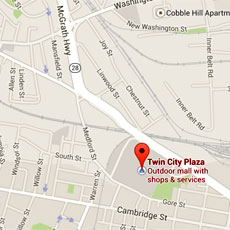 Cambridge police were seeking the public’s help Saturday in finding 91-year-old Wainee Tsai from Cambridge, last seen the previous afternoon and reportedly headed to the Twin City Plaza on the Cambridge/Somerville border. When he hadn’t returned the next day, an alert went out.

But by 7:15 p.m. Tsai had been found and reunited with his family, said Jeremy Warnick, director of communications and media relations for Cambridge police.

“Tsai was observed by a good samaritan sitting on a bench at the Porter Square T station. The good samaritan confirmed via the Cambridge police Twitter feed that Tsai was missing and they called police to notify CPD of his whereabouts,” Warnick said.

Police departments in neighboring communities had been notified and helped in the search before Tsai was found.