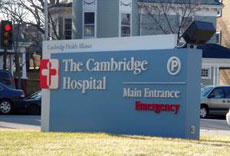 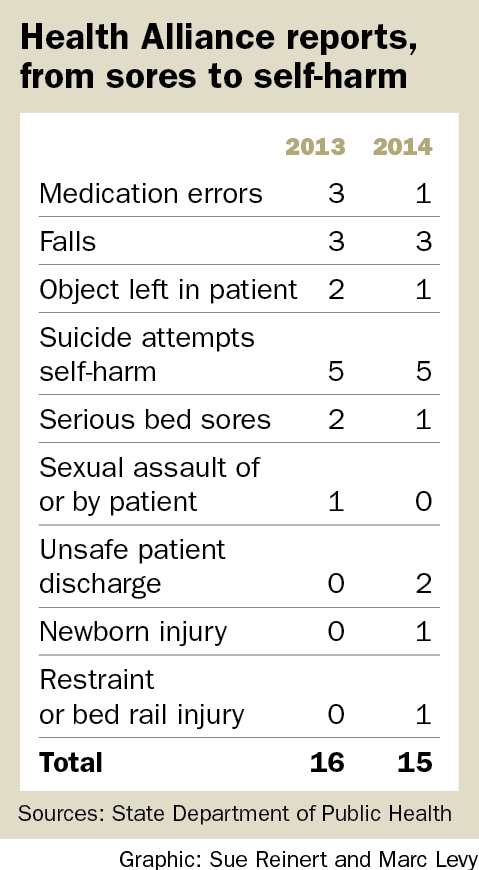 Five patients at Cambridge Hospital tried to kill themselves or hurt themselves last year resulting in serious injury, according to figures from the state Department of Public Health. All of the incidents occurred during roughly two months between Aug. 18 and Oct. 24, after the health care system closed a psychiatric emergency room at Cambridge Hospital and merged the service into the main emergency room.

In 2013, when the psychiatric emergency room was operating, there were also five such events at Cambridge Hospital, according to the state; the specific dates were not given. The 2014 figures were provided in response to a public records request.

Cambridge Health Alliance spokesman David Cecere on Monday repeated statements that the total number of serious errors reported to the state hasn’t increased. In fact, the state total for last year showed 15 events compared with 16 in 2013. Those incidents include categories other than suicide and self-harm.

“Providing quality and safe patient-centered care is our highest priority,” Cecere said. The Alliance reviews all incidents comprehensively and encourages employees to report errors, without risk of punishment, he said. “We are proud of our work and actively promote a culture of safety,” Cecere said.

The Alliance’s decision to discontinue a separate psychiatric emergency room and cut the jobs of psychiatric nurses starting last June provoked an outcry from employees, relatives of patients and city councillors. A psychiatrist said he would resign and warned that the move would endanger patients and staff. The City Council asked Alliance officials to reconsider, although Cecere said that the change would improve care and that staffing and alterations to the physical layout of the main emergency room, including remodeling two rooms, would be adequate.

The Alliance’s chief quality officer acknowledged at a council public hearing in April that “any integration has growing pains,” but that “care has improved.” Officials also told councillors that the Alliance has remodeled six additional rooms to be safe for psychiatric patients.

Councillors were not mollified. Councillor Marc McGovern, a social worker with ties to the mental health community, said employees told him that suicide attempts, use of restraints, calls to police for help and psychiatric patients leaving without permission had all increased after the change. McGovern did not identify workers who had contacted him.

“A lot of this was foreseen by folks and not listened to,” McGovern said. He didn’t immediately respond Monday when asked to comment on the 2014 state figures.

Compared with 2013, the number of serious falls remained the same and the number of bed sores, medication errors and of cases where a doctor left an object in a patient fell. In 2013, Cambridge Hospital also reported one sexual assault on or by a patient; none were reported last year.

But in 2014 the hospital reported incidents in three categories that were not reported the previous year: injuries from restraints or bed rail accidents, newborn injuries and unsafe discharges of patients.