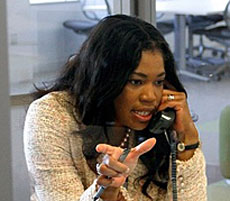 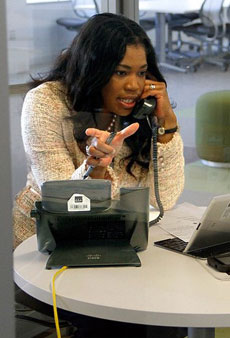 The federal government released a solicitation for developers Thursday to build a new John A. Volpe National Transportation Center facility in exchange for title to the rest of a 14-acre site at 55 Broadway in Kendall Square. Those responding will be required to show they have at least $500 million available.

The Volpe Request for Qualifications by the U.S. General Services Administration comes as Cambridge grapples with proposed zoning for the parcel, a process expected to last through September. Responses to the Volpe RFQ are due at the end of August.

The Planning Board met Tuesday to discuss the zoning, which will not apply to the government’s new 390,000-square-foot building (replacing 375,000 square feet across six buildings) on the parcel. The board is still waiting to hear back from city planners in response to questions posed at the June 29 joint meeting of the Planning Board and City Council, so its meeting left more questions unanswered than resolved.

The RFQ is the second stage in a three-year, three-step solicitation process: a Request for Information was issued in August asking real estate developers to express interest and propose ideas for how the transaction might work; in this week’s RFQ the government will qualify developers for further participation; a Request for Proposals is expected in May, to choose a developer and development plan.

The Volpe project is the first time the federal government is using its power to exchange land for development. “GSA continues to lead the way in using innovative approaches to real property utilization,” said Denise Turner Roth, head of the General Services Administration, in a press release. “This approach optimizes our ability to satisfy [the Department of Transportation’s] requirements while saving taxpayer dollars and creating economic development opportunities.”

The new Volpe building will have to meet LEED Gold energy standards, the RFQ said. It’s the standard proposed by the city in its draft zoning for the non-federal buildings on the 14-acre parcel, though the current citywide standard is LEED Silver.

It is to include office and lab space and parking “as appropriate” for 1,300 people and “emphasize designs that embody the finest contemporary architectural innovations,” while considering neighborhood “scale and context, the citywide planning initiatives of the City of Cambridge and the promotion of public space.”

For developers to be approved at this phase, they have to show evidence of work on three similar projects in the past 10 years and evidence of communication with Cambridge’s planning department about the Volpe property. Financially, developers will have to prove they have at least $500 million in liquid assets and the ability to spend $15 million within five days of the final selection date, estimated to be in January 2017.

Developers responding will be categorized on a “go” or “no-go” basis only. Only those developers who pass this stage will be permitted to participate in the final RFP.

It’s not clear whether the RFQ responses will be public. The government declined to release responses to last year’s solicitation in response to a Freedom of Information Act request, despite requiring submitters to “clearly and conspicuously” mark confidential information. The RFQ has similar language, so its responses may be similarly withheld.

Tuesday’s hearing brought an hour of board member discussion of the draft zoning. Chairman H Theodore Cohen began by framing the discussion in terms of five issues, which he described as a “very careful balancing act” in which “if you increase one issue, you have to decrease something else to make up for the change”:

The ratio of residential to commercial space in the district.

The amount of open space on the site.

The percentage of affordable housing to require on the site.

Whether to require middle-income housing on the site and, if so, how much.

The height of buildings and location of a possible “tall building.”

The board’s discussion did not really reach those issues, however, because they are awaiting city planner research.

Steve Cohen, a Cambridge real estate developer on the board, tried to step back and reconsider some of the assumptions: “If Volpe is going to build a new facility, there are absolutely no funds available from the federal government or any other sources to help support that construction?” he asked. With the “unknowns and imponderables” of the federal building cost and claim that progress is required before the Obama administration ends, it “just strikes me as a little bit speculative and uncertain, to say the least.”

Steve Cohen cited a $300 million estimate for the facility, and H Theodore Cohen said he had heard $400 million – both well short of the $500 million outlined in the RFQ released two days after the meeting.

As the discussion shifted to housing, Steve Cohen asked the board to be “evidence-based.” He acknowledged his bias toward requiring middle-income housing, but said “it’s not entirely clear that middle-income people will wish to avail themselves when it’s so easy to move to other nearby towns.” He asked staff to help with the economic analysis, noting that “we don’t have statistics … don’t have reliable evidence or facts one way or the other.”

Hugh Russell, on the issue of height, said “We took up the Cheung Challenge and got halfway there,” referring to the board’s recommendation of a 500-foot building after City Councillor Leland Cheung proposed 1,000 feet. “I think that studies have shown that maybe one slender 40-story or so building might not be so bad. A bunch of 30-story buildings would be bad. The idea of a 100-story building there is … very hard to understand,” Russell said.

Louis Bacci suggested it might be possible for the new Department of Transportation building and some private development to go up at the same time. The RFQ said that would be possible “if the government’s risks are sufficiently mitigated and access does not impact the Volpe Center’s ongoing operations.”

Tom Sieniewicz continued to recuse himself from Volpe zoning discussions, and board members  Catherine Preston Connolly, Ahmed Nur and Thacher Tiffany were absent. Mary Flynn, appointed to the board last year, has not attended any meetings in 2015.

In a half-hour of public comment, Kenneth Taylor, a local architect and historic preservation advocate, raised a new idea: Tall buildings should not be concentrated at the Broadway edge of the Volpe parcel, but instead should be pushed toward Binney Street, minimizing their shadow impact. The current draft Volpe zoning limits the height along Binney to 85 feet and 140 feet, while allowing buildings up to 350 feet in other parts of the parcel. Taylor’s idea was praised by several subsequent speakers.

On Wednesday the city announced it has narrowed the set of respondents to the citywide planning RFQ to three: Perkins+Will, Sasaki and Utile.

The shortlisted firms will give public presentations from 5:30 to 9:30 p.m. July 27 at City Hall.

City staff declined to be specific about why some teams didn’t make the cut, with planning head Iram Farooq referring questions to Purchasing Agent Amy Witts, who said the city “evaluated the proposals received by using the proposal evaluation criteria listed in the Request for Qualifications.”