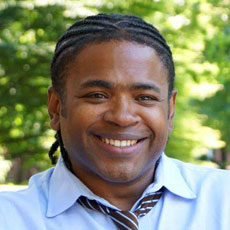 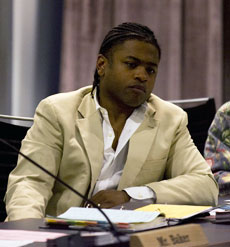 School Committee member Mervan Osborne has decided not to run for a third term.

School Committee member Mervan Osborne has opted not to run for reelection in November, citing job and family priorities.

“Serving on the committee has been a true honor and privilege,” Osborne said Tuesday night on Facebook. “However, I feel compelled to step away from elected office at the conclusion of the term.”

Osborne first ran for a committee role in 2011, unseating incumbent Nancy Tauber. He arrived with several endorsements and 2,036 No. 1 votes after an extensive door-knocking campaign, weathering a minor scandal over his lack of a municipal voting record. In his 2013 run for a second term, he took 1,204 No. 1 votes – far behind the other three incumbents running.

Born and raised in London, Osborne moved to New York City with his family when he was 10, then attended Trinity College in Hartford, Conn., before joining the first Teach for America corps as a teacher in Los Angeles in 1990, according to his campaign biography. Four years later he moved to Cambridge to teach at Buckingham Browne & Nichols School, and worked there for a dozen years teaching English and drama and coaching multiple sports, as well as working in the admissions office recruiting students in Cambridge and Boston.

He left the tony private school to participate in the 2004 founding of the Beacon Academy school, which provides an extra year of high school for poorer, struggling students.

Osborne also served two terms as the governor’s appointee to the Massachusetts Humanities Board and has been a member of the board of trustees at Concord Academy. For 17 years, until the birth of his son, he directed a summer film and drama camp for young people in Cambridge – a reflection of his hobbies producing and reviewing films. He lives in Central Square, where he and his wife Lucy now parent a second child, born in May.

In addition, he recently became head of school at Beacon Academy.

Those are “two significant events that have pressed me to make some important decisions,” he said. “After careful consideration, I have decided that I will not seek reelection.”

He delayed making a public statement until he had the chance to talk with other committee members about the decision, Osborn said.

Each of the remaining five committee incumbents are running for reelection, and three have already been certified to run again by the Election Commission.