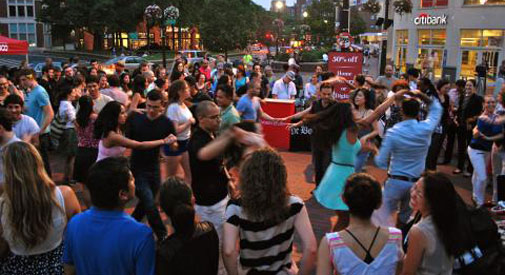 “Thought Bomb” is a long-running variety show that’s both hard to explain and impossible to ignore. As hosted by Matthew Flynn, it’s bounced around Central and Eastern Massachusetts for years on a sketchy description – “eccentric writers, stand-up comics, illustrators, etc. get the chance to perform a story and then do a karaoke song with the aid of a live band” – while drawing big names, including Kevin Meaney, Aparna Nancherla and Joyce Brabner. There’s a different line-up for each show, and this night features writer, comedian, actor and performance artist Erin Markey; cooking phenom Thu Tran (of “Food Party” on IFC, “Late Night Munchies” on MTV and others); and comic book whiz Liz Prince (“Tomboy,” “Adventure Time” and more). The live band karaoke by Elephants. Information is here. 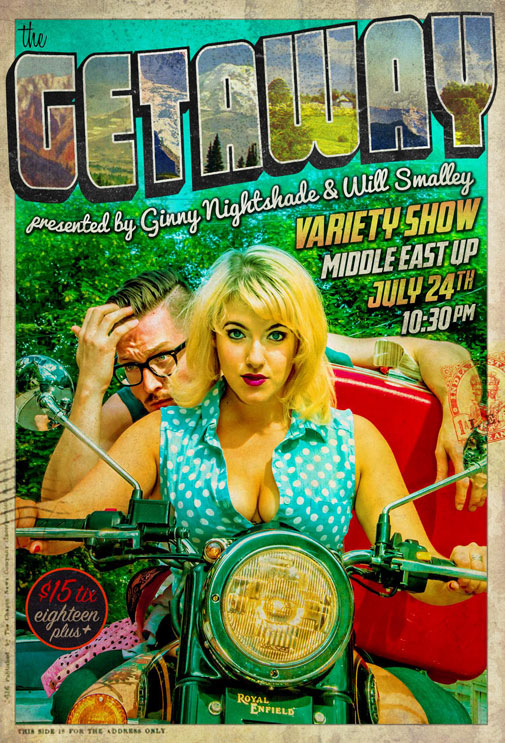 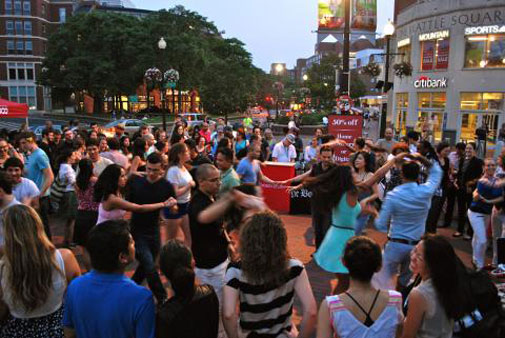 There’s a lot in this mix – including chips and samples of salsa from several Harvard Square restaurants (Border Café, Boston Burger Co., Felipe’s, Fire + Ice, Grendel’s Den and Wagamama) and salsa dance lessons from Matei to Latin tunes spun by DJ D. Martinez, as well as mocktails by O Sushi for a nominal charge. Information about this free, open-air public event is here. 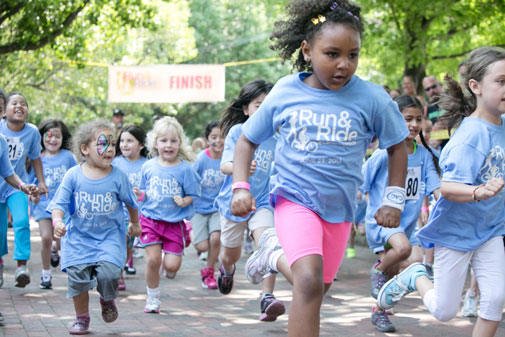 Young bicyclists and runners can compete in the sixth annual kids-only duathlon in and around CambridgeSide (as well as a kayak race). The event for athletes 5 to 13 has prizes (including iPads), race T-shirts, giveaways and entertainment. Information is here.

The second Cambridge Jazz Festival from noon to 6 p.m. Sunday at the University Park Commons, near Central Square. Free.