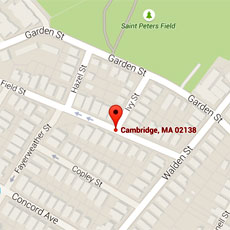 A woman told police that she walking home from a friend’s house alone on Fayerweather Street near Ivy Street in Neighborhood 9, near Danehy Park, when a man tried to assault her.

“The victim was able to fend off the attacker and the suspect fled,” police said, passing on a description of the attacker as a Hispanic male in his early 20s, about 5-foot-8 with dark brown or black hair, and wearing shorts and a short-sleeved, button-down shirt.

Police advised people walking alone, especially women, to stay on well-lit routes whenever possible, avoid wearing headphones or earbuds and to stay aware of their surroundings, keeping a phone handy but avoiding distracting calls and, if someone is following, to get to a lighted area where there are other people. “Trust your instincts and avoid whatever feels to you like it could be a potentially dangerous situation or environment,” police said.