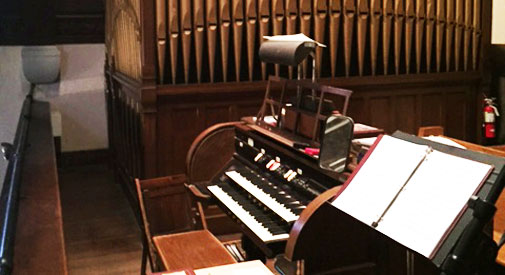 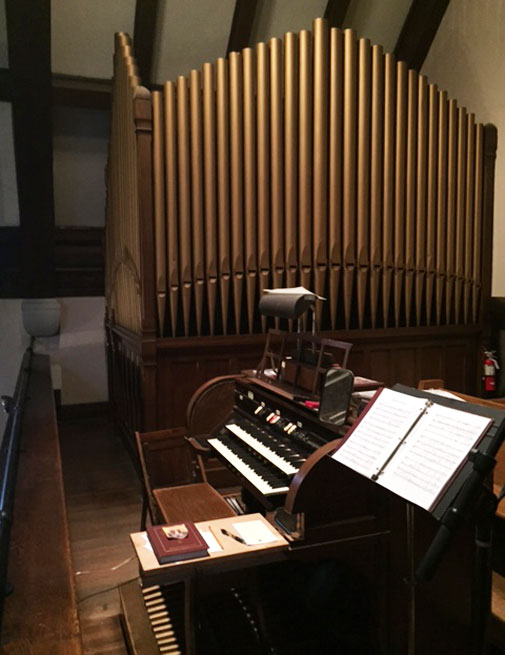 This 1930s-era organ is free to the person who can remove it from St. Sava Serbian Orthodox Church in North Cambridge. (Photos: Aleksandar Vlajkovic)

For the band that wants a truly powerful, organ-driven sound – to be the next Doors or ? and the Mysterians, perhaps, and compose the next “Light My Fire” or “96 Tears” – there’s a free one available at the St. Sava Serbian Orthodox Church in North Cambridge.

There’s a catch, though: Moving the organ is up to the taker, and the instrument is … big. 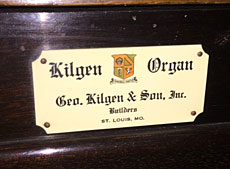 While nowhere near the grand gallery organ at New York’s St. Patrick’s Cathedral, the St. Sava organ was made by the same company, Geo. Kilgen & Sons of St. Louis, Mo. The family’s history as organ makers supposedly dates to the 17th century, according to Orpha C. Ochse’s “The History of the Organ in the United States,” although this model is a little fresher.

The company broke into two companies in 1939, and the final Kilgen organ was made in 1960. It’s unclear when the St. Sava organ was made or installed.

“I assume it was produced in the 1930s, since the church dates to 1928,” said Fr. Aleksandar Vlajkovic, parish priest at St. Sava.

The history of the organ is obscured because St. Sava only moved from Wakefield and took up residence in the 41 Alewife Brook Parkway church in 2006. Before hosting the Serbian Orthodox church, part of the Eastern Orthodox Christian tradition, the building was the Immaculate Conception Roman Catholic Church, which used the organ for hymns.

“We don’t use it,” Vlajkovic said.

For a church the size of St. Sava, it’s small, Vlajkovic said, but it still takes up space that could be used by the choir.

This isn’t even the first time the church has tried to find the organ a good home – a couple of years ago, St. Sava tried a sale but found no takers.