‘The Martian’: Stranded Damon plants a flag – astronaut’s going to science his way to survival 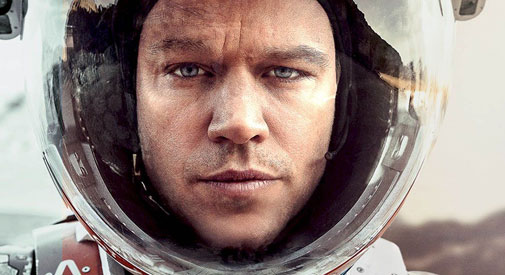 ‘The Martian’: Stranded Damon plants a flag – astronaut’s going to science his way to survival

If there was going to be a weak spot in Ridley Scott’s “The Martian,” it was going to be Scott himself, who has had more blunders than successes lately, including “Prometheus,” “Exodus: Gods and Kings” and “The Counselor.” While “The Martian” doesn’t touch the heights of his science-fiction classic, “Blade Runner,” it’s a welcome return to form for the director who largely gets out of his own way and allows performers and scripts to carry the film. The visuals are stunning, yes, but it’s the talented cast and source material of Andy Weir’s similarly titled novel that turns “The Martian” into the delight that it is. 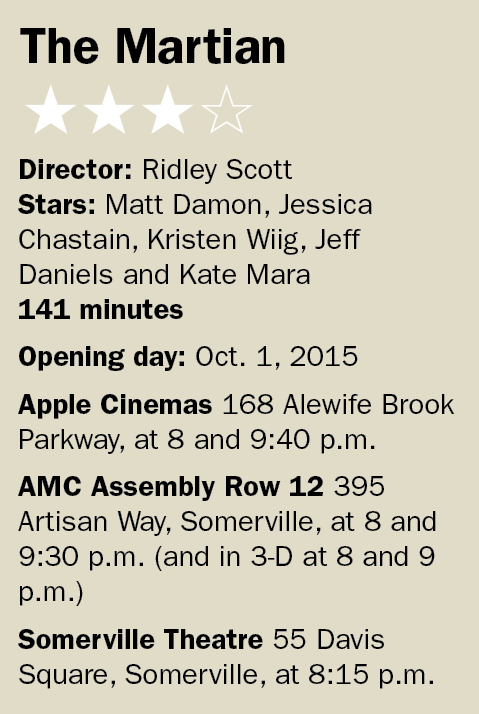 The story focuses on Astronaut Mark Watney (Matt Damon), who’s presumed dead after a violent storm on Mars and left behind by the rest of his crew. Mark awakens to find himself alone on the planet, with minor injuries and no way of contacting his team or NASA. This leaves him to, in his own words, “science the shit” out of finding a way of keep himself alive until a rescue mission. In the face of immeasurable odds on a hostile planet, he manages to keep himself alive with his skills as a botanist, his refreshingly upbeat and optimistic mindset and the hope it hasn’t all been for nothing. He understands he has a high chance of dying, but isn’t someone who can simply sit and wait for death to happen. NASA, under orders from director Teddy Sanders (Jeff Daniels), isn’t allowed to tell Watney’s team he’s alive, worried that its members will be distracted on their mission home – but of course (as trailers have already shown) they end up learning the truth. Wracked with guilt, captain Melissa Lewis (Jessica Chastain) and the rest must find a way to save Watney before time runs out.

Typically in survival films we are shown the worst of humanity, but “The Martian” is an unabashed crowdpleaser, a feel-good film in which the biggest wins comes from the scripted ideology of just how far humans will go to survive and survival is based on ingenuity and problem-solving rather than violence. Damon’s Watney is charismatic and the actor, charged with carrying the majority of the film with only himself to interact with, excels in the motor-mouth genius role. Watney’s a good character, and the dialogue written for him is wry, self-deprecating and self-aware, but he also needed an actor that would make us care whether he got home.

The film has the luxury of having one of the most dynamic casts of the year. From bit players such as Donald Glover stealing scenes and Chiwetel Ejiofor proving again that he’s a magnetic screen presence to Daniels and Chastain delivering solid, supporting turns to Damon’s lead, this film builds itself on capable performers who know both how to power their own small parts and to react to other characters. Scripted by Drew Goddard, the film meanders only at the beginning of the third act as it tries to stall the inevitable. The film easily could have shaved off 10 or 15 minutes for an ending with more urgency and excitement.

Despite those minor (very minor) setbacks with the script, “The Martian” is a major success. With a valuable, charming lead, a message that people can do extraordinary things and an infectious atmosphere of adventure, it works both as a big-audience blockbuster and a think piece. It’s a thrilling and enjoyable ride that deserves to be seen in theaters.