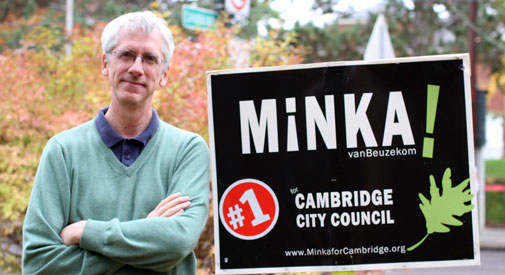 Here’s what I know a week from the 2015 Cambridge municipal election:

It’s sad but true that only 25 percent of the city’s registered voters bothered to vote in the past election. If the City Council really represented the registered voters in Cambridge, only two of the nine seats would be filled.

Your city councillor gets paid more ($77,935 a year, according to the city Personnel Department) than the average Cambridge household (around $72,529 a year). Most councillors consider their elected position a part-time job. Most have full-time jobs.

The City Council has three major responsibilities: hiring and evaluating a city manager; voting a city budget; legislating city policies (and, importantly, zoning laws). The council carries out its responsibilities in public meetings. The members with the best attendance this year are all first-time councillors, attending, on average, 79 percent of all council and council subcommittee meetings. The rest attended 52 percent.

More than half of the orders and resolutions this year were so-called birthday or congratulatory proclamations. Interestingly enough, most of them came from those with poorest attendance.

Campaign donations this year have topped a half-million dollars. Yikes. That’s a lot of robo-calls for me to ignore.

Here’s what I hope from the 2015 Cambridge municipal election:

That 100 percent of registered voters will vote for candidates who: know what a city councillor does; will work at the job full time; will attend all the meetings; considers “Happy Birthday!” nice, but meaningful policy nicer; have the fewest number of robo-calls.

Tom Stohlman identifies himself as a “failed candidate for Cambridge City Council (2009 and 2011).” This post was updated Oct. 27, 2015, with city councillors’ current salary.