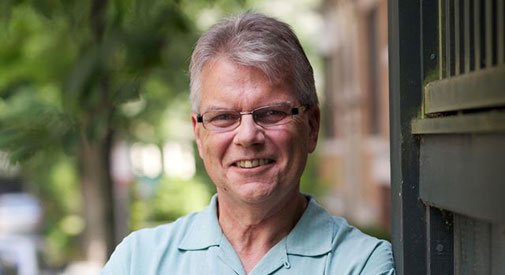 Harvard-educated longtime resident Dennis Carlone has aeen in private practice as a planner, architect and urban design consultant since 1978. His clients have included the cities of Cambridge, Boston, Chelsea and Lawrence and the towns of Plymouth and Winchester, as well as private and public institutions. His projects include the nationally recognized East Cambridge Riverfront Project, as well as the original NorthPoint Urban Design and Broad Canal & Environs plans, which have guided the transformation of more than 40 acres of formerly underutilized industrial land on the Charles River into mixed-use developments.

He was an early advocate for sustainable planning and design and has an extensive urban housing background, including creating 500 units of affordable housing.

Carlone was elected to the council in 2013, serving as chairman of the council’s Transportation and Public Utilities Committee and co-chairing the Ordinance Committee.

Carlone is not on a slate, but has held campaign events with Mike Connolly and Jan Devereux.

Finalizing details of a community-oriented master plan for the future of Cambridge. This master plan is essential to the coordination of development in the city and through its implementation, helping stabilize land values and protecting local residential and small business communities.

Increasing the “linkage” fee (to account for development’s impact rate on affordable housing) to a study’s actual findings of $24 per square foot.

Implementing a transportation review and plan for city streets to better allow the movement of pedestrians, bicyclists and vehicles throughout the city.

Carlone didn’t turn in answers to a comprehensive questionnaire from the residents group A Better Cambridge measuring his level of agreement with the group’s “smart growth” platform of development- and transit-focused priorities and goals. In the words of the group, “higher-rated candidates demonstrate a strong understanding of the complex housing and development challenges facing Cambridge [and] are best prepared to make Cambridge a more affordable and livable city for all residents, especially low-income families.” There is a maximum score of 45 points.

Dennis Carlone is in an interesting position on the council: While being essentially an outcast, marginalized by the Unity Slate incumbents, he has managed to drive an incredible amount of conversation and policy in his first term. He and his former legislative aide (and now fellow candidate), Mike Connolly, have together pushed the agenda on such issues as launching a citywide development master plan, getting improvements to Planning Board processes and raising the linkage fees charged to large real estate developers after the council had let the fee limp on far below market rates for more than a decade.

Two years ago this page suggested that Carlone’s “experience, intelligence and demeanor” made him an essential voice for the council, and nothing has changed – except that reelection for Carlone should be taken as a chance for the council to reset how it collaborates even if it’s mostly or only incumbents returning to the seats. Interactions over the past two years have been nothing short of poisonous at times; councillors suggest Carlone and fellow councillor Nadeem Mazen are opportunistic back-stabbers who are simply expert at making themselves look like innocents. This could well be the case, but if so the seven other members have been singularly bad at showing this over the course of nearly 23 months. There is something odd when seven members of the council who are all more or less skilled and experienced politicians and rhetoricians choose, for instance, to pile on Carlone for simply bringing up a policy order and wind up looking like bullies; is Carlone so maddening that seven councillors are incapable of simply rejecting an order without seeming to collectively froth at the mouth?

Carlone certainly wins when it comes to restraint in public. During an East Cambridge Planning Team debate, councillor Craig Kelley stood behind Carlone to say that at the Mass+Main zoning proposal in Central Square,

There’s a lot of innuendo in there, but it ignores the fact that Carlone and Mazen offered a “Central Square Overlay District” that would have enforced a certain amount of housing over office or lab space – and Kelley was among those who refused to discuss it or even send it to committee over claims the idea hadn’t been presented in “good faith” and “robbed” the City Council of “integrity” – whatever any of that means.

Carlone only sat and shook his head at Kelley’s misrepresentation.

Failing to reelect Carlone would be rewarding the behavior of the councillors who resist and resent him, when instead the council should learn to use his background and expertise as an architect and urban planner. Refusing to hear and consider the advice of a member who has shaped so much of the city in his pre-political life (and, to be fair, can remind people of it a little too frequently) is insulting not just to Carlone, but to the people who elected him. And it reinforces suspicions that development is adopted too quickly and without real thought.

Carlone’s initiative on getting the city working on a new master plan is enough to cement his legacy. The number of voices complaining of piecemeal, disconnected approval of development has been growing along with questions about failing infrastructure, but many on the council have been deaf to those voices, claiming that the hodgepodge of infrequently updated documents at CDD are the equivalent of a comprehensive plan. While that may be true through a legal technicality, here’s how the city’s brand-new master plan consultant, Tim Love of Utile, reacts to that pile: “We hope to make sense of all those plans as a single narrative for the citizens at large. Even a planning professional sees that list and the mind reels, right?”

Sometimes it seems like resistance to Carlone’s orders and advice is no more purposeful or helpful than Republicans’ vow to block the agenda of President Barack Obama no matter what. Does it really serve the people to not even consider the point of a proposal by Carlone or to not vote to approve his requested study of holding clean elections, potentially ridding the city of divisive, never-ending debate over developer donations?

As an example of the unbalanced nature of the debate when it comes to Carlone, councillor Tim Toomey rejected a chance to look into publicly funded elections despite his frequent citing of owing about $25,000 to his own campaigns, saying “’I’m just so sick of listening to [talk that elected officials are beholden to special interests that] I’m not going to respond.” Toomey also is relentlessly alarmed by affordable housing being placed in his East Cambridge neighborhood far more than it is elsewhere in the city, yet resists a master plan that would likely result in a more equitable distribution.

This is why Carlone should be returned to the council: Because he has ideas that will help even the people who resist and resent him.