Five things to do this weekend: Nov. 6-8 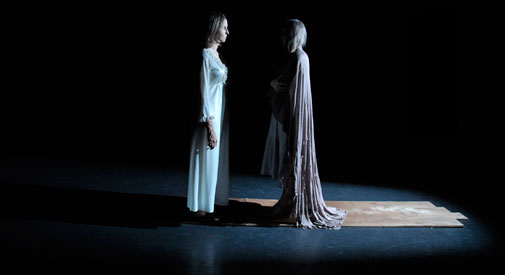 Five things to do this weekend: Nov. 6-8

Usually this list of events focuses on the free and inexpensive; this one breaks the pattern, although ideally in a worthy way. 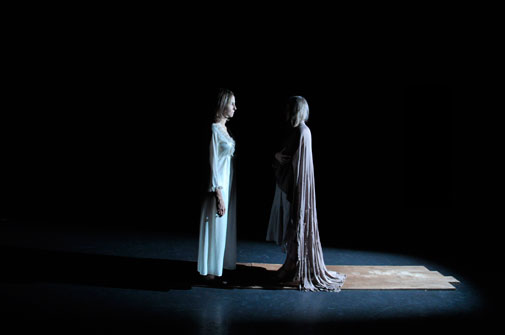 Harold Pinter and Samuel Beckett double bill at 7:30 p.m. Friday and Saturday at Green Street Studios, 185 Green St., Central Square. Tickets are $22 in advance (with an online service fee) or $20 at the door.

Exiled Theatre features short work of two giants of 20th century theatre every Friday and Saturday in November – a double bill of the one-act plays “Ashes to Ashes” by Harold Pinter (directed by James Wilkinson, a harrowing conversation in which Rebecca tells Devlin of an abusive ex-lover whose actions hint of fascism) and “Footfalls” by Samuel Beckett (directed by Teri Incampo, is typically a technically rigorous, physically demanding series of haunted walks by May as she listens to her deathly mother). Coming after its “Strange Days” production last year, Wilkinson and Incampo’s Exiled Theatre has really staked out some dark and cerebral territory for itself. Eventually, when it does a season of “Oliver!” and “Joseph and the Amazing Technicolor Dreamcoat,” we will all leave the theater and drive a bus into the Charles River. Information is here.

A grand and unique theatrical experience awaits with Liars & Believers’ production of “Who Would Be King,” written by the troupe’s ensemble but conceived and directed by Jason Slavick with music and lyrics by Jay Mobley. The story is adapted from the ancient tale of King Saul and deals with some weighty themes, incorporating angels and prophets, villains and kings to ask the difference between good and great, and where is God between the two? But expect to see a few rubber chickens get tossed around too – Liars & Believers isn’t big on pretentiousness, and the show doesn’t just swing from absurd buffoonery to high tragedy with kinetic silliness, swords and athletic feats to keep things moving; it also has a live band. (The troupe has worked to make the show accessible to all. Performances are super-title captioned; there’s an interfaith talkback after the Nov. 12 performance; and the performance will be audio-described Nov. 13. A limited number of subsidized rush seats are also available.) Information is here.

For its season debut, the chorus features works highlighting the connection between stringed instruments and the human voice. The program includes works by Bach (for a string ensemble of violins, cellos and continuo), Abbie Betinis (a modern setting of 14th century Iranian poetry with a women’s chorus singing in Persian, with cello, hand drums and oud), Eriks Ešenvald’s “The Earthly Rose” (for the harp), John Taverner’s Russian Orthodox funeral song “Svyati” (for the cello) and violin turns for John McDonald’s rendering of poems by William Stafford and Dan Forrest’s setting of the colonial folk song “The Nightingale.” Also expect some Max Bruch and Ted Koehler and Harold Arlen’s “I’ve Got the World on a String.” A portion of the proceeds will support scholarships for the Quincy Public Schools After-School Strings Program. Information is here.

Third Annual Inman Square Harvest Hoedown from noon to 4 p.m. on Springfield Street between Cambridge and Houghton streets. Tickets are $22 (with a $2.09 online service fee) or $25 at the event.

People are asked to come dressed for the country – cowboy hats, boots, plaid – even though this annual event is pretty dern-tootin’ urban, with seasonally inspired dishes from local chefs (this year’s featured ingredient: cranberries), live music curated by Lilypad, activities for the kids sponsored by Stellabella Toys and a beer and cider garden for the adults by Olé Mexican Grill. But dressing up can win you a prize, and advance tickets bring food samples so you can vote on a favorite, as well as a free 8-ounce pour. (Restaurants will sell food à la carte too; the more they cook, the warmer everyone will be from the heat of the grills.) Participating restaurants include 1369 Coffee House, All Star Pizza Bar, Atwood’s Tavern, Bisq, Bukowski Tavern, City Girl Cafe, East Coast Grill, Guang Zhou Restaurant, Hop N Scotch, Lone Star Taco Bar, Olé Mexican Grill, Playska, Puritan & Co. and Tex Mex Eats. Information is here. 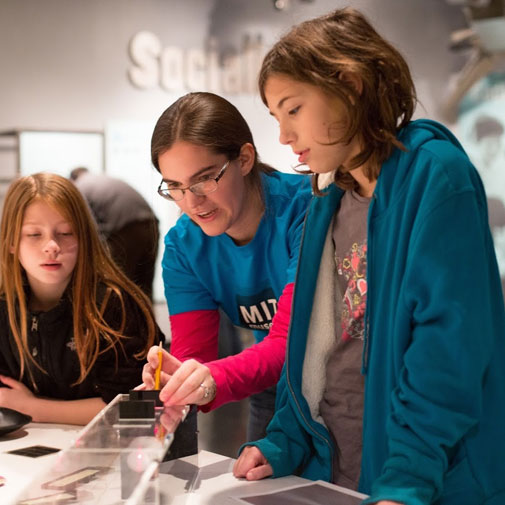 Girls Day @ the MIT Museum from 11 a.m. to 4 p.m. Sunday at The MIT Museum, 265 Massachusetts Ave., in the Area IV neighborhood. Free with museum admission of $10 for adults, or $5 for youth under 18, students and seniors; children under 5 get free admission.

Every March and November, the MIT Museum celebrates women in science, technology, engineering and math fields. Visitors 10 and over (boys are invited too) can expect to explore, build, create and investigate with Massachusetts Institute of Technology faculty, students and volunteers throughout the day with a range of hands-on activities, informal talks and demonstrations. A complete scheduled and other information is here.