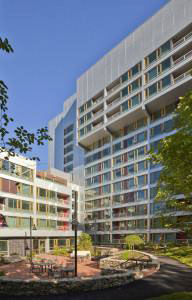 The city administration and Cambridge Housing Authority officials are scrambling to salvage the authority’s $382 million redevelopment of low-income public housing here after an unexpected state roadblock threatened to cut the agency’s borrowing ability for the project by $23.2 million.

The City Council added to the turmoil Monday by failing to approve a last-minute home rule petition to the Legislature that was intended to fix the problem. A special meeting is scheduled for Monday at 5 p.m. – a half-hour before a previously set roundtable council meeting – to reconsider the measure.

City Manager Richard C. Rossi said Tuesday that he had learned only Nov. 6 – the Friday before Monday’s meeting – that opposition had materialized for legislation proposed by state Rep. Marjorie Decker of Cambridge to continue allowing reduced real estate taxes on public housing property after it is transferred to private investors to raise money for rehabilitation. Private ownership, at least on paper, is a key factor in financing for the Cambridge authority’s extensive reconstruction project, which is intended to preserve more than 2,000 scarce low-income apartments for the next four decades.

Decker told him Friday, Rossi said, that a home rule petition from the city was necessary. Until then, he said, “we thought [Decker’s legislation] would proceed and this would be advantageous for other housing authorities” in addition to the one in Cambridge. Decker’s office didn’t respond to a phone message Tuesday.

Hurriedly, “a home rule version of [Decker’s bill] was prepared and submitted” to the council on Monday, Cohen said. But councillor Tim Toomey, also a state representative, balked at the last-minute request and invoked his right to postpone consideration until the next council meeting. “Even if we file this bill tonight” it would not go to a hearing before January or February, he said.

But the home rule petition must be submitted before a Nov. 18 cutoff date for this session of the state Legislature in hope of getting relief before the authority converts its next housing development for rehabilitation at the end of this month, Cohen said. That led to the emergency meeting scheduled for Monday, as there is no other council meeting before the cutoff.

The issue is prosaic – real estate taxes – but if not corrected it would significantly reduce the scope of the work because the housing authority wouldn’t be able to borrow as much as it needed, its officials said. As public housing, the agency’s property was not subject to real estate taxes. Instead, it paid much less under a “payment in lieu of taxes” or PILOT agreement. Nonprofit and public agencies often negotiate such arrangements.

Strikingly, the council’s discussion didn’t include any mention of property tax or the payment program; members of the public observing the meeting wouldn’t have known what the central issue was. Since the proposal was introduced at the meeting, there was no online text of the measure.

An authority analysis puts the potential full tax bill at $2 million, compared with $601,000 under the payment program. Paying the full amount would increase operating costs and reduce income from the housing, which goes to repay lenders, Planning and Development Director Terry Dumas said. The agency is borrowing a total of $176 million, which would be cut by $23.1 million, or 13 percent, if the payment program is not continued.

“We would have to do less work” on the second phase of the project, she said.

The agency’s financing plan for the huge construction project requires transferring its 2,584 apartments to private entities, big investors that would own the property for 15 years while they benefit from a federal tax credit for investing millions of dollars in low-income housing. The agency is raising additional money by borrowing, which became possible when the property became privately owned. Private investment was necessary because federal support for public housing has been shrinking for years and falls far short of needs, authority officials said.

Two of the nation’s largest financial companies – Citibank and Wells Fargo – have agreed to finance the first phase of the project. Citibank is lending more than $109 million and Wells Fargo is investing $101.6 million in return for federal low-income housing tax credits, which are valuable for wealthy institutions and individuals. To get the tax credits, the investors must have 99.9 percent ownership of the property for the 15-year term of the credit.

Agency officials have said legal protections would keep the housing low-income and continue tenant rights, and the deal was structured to keep the authority in charge of managing the housing. But the private ownership structure threatened to end the payment agreement.

“There was concern from [Director of Assessment Robert Reardon] as to whether [the payment program] could continue,” she said.

So Reardon and Assessor Andrew Johnson asked for an opinion from the state Department of Revenue, which oversees city finance, in the fall of 2014, Cohen said. “We fully expected an opinion that [the payment program] could continue,” she said.

Instead, on Feb. 20, Kathleen Colleary, the state department’s chief of the bureau of municipal finance law, said no. Even with low-income housing protections, the opinion said, the private entity owning 99.9 percent of the authority’s property was a “for-profit business entity” that theoretically could earn a profit on the housing. “It is a for-profit business arrangement” and subject to ordinary real estate taxation, Colleary wrote.

“That took us by surprise,” Cohen said. So on June 10, Decker introduced a bill that would have continued non-tax payment programs and property tax exemptions when a housing authority transferred its property under a program similar to the CHA plan. Any authority in the state could have benefited, Cohen said.

The legislation seemed to be progressing successfully, until Decker told city officials about the state’s objection to a broad bill, Cohen said.