Ti-Grace Atkinson, at home in Cambridge, adds cause to radical feminism: Housing 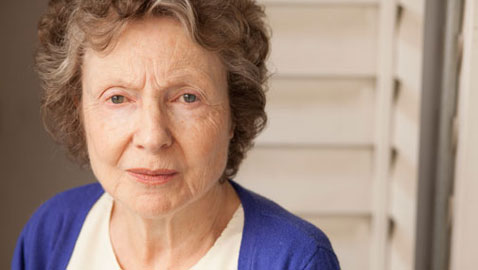 Ti-Grace Atkinson, at home in Cambridge, adds cause to radical feminism: Housing

Tempered in the ’60s, activist leads neighbors ‘through the fire’
By Sarah Kwon 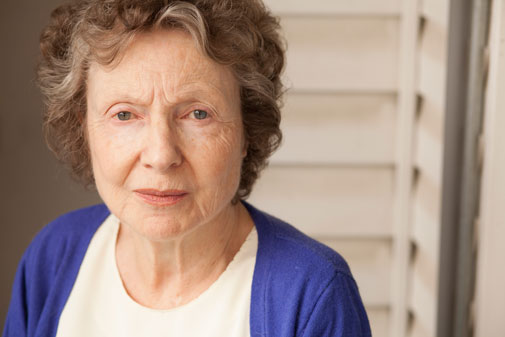 Her name means petite, but her appetite to challenge powerful interests has been anything but small. Now Ti-Grace Atkinson, an early National Organization of Women leader and founder of a radical 1960s feminist splinter group, is applying her advocacy skills to equitable housing issues in one of the priciest real estate markets in the country.

As usual, she is right at the center of the action – her longtime Cambridge home is at stake.

“When this housing situation came up, I discovered I hadn’t lost my touch,” Atkinson says.

In June, real estate development firm Boston Investments bought her small Harding Street apartment building and raised rents to levels many tenants could not afford. Atkinson took action, engaging City Council members and nonprofit legal organizations for guidance, distributing leaflets to convene tenants and arranging meetings at her home so they could collaborate on a response – which she says resulted in an eviction notice. (Boston Investments did not respond to an email request to comment.) From these efforts emerged a group called the Harding Street Neighbors.

“She helped us see we’d be stronger as a group than as individuals,” says Michael McIntosh, her neighbor of 15 years.

“She really spearheaded these efforts,” says Ellen Shachter at Greater Boston Legal Services, one of the nonprofits working with Atkinson.

Atkinson is no stranger to fighting for change. “My neighbors learned the hard way that being a nice tenant won’t get the job done,” she says. “They haven’t been through the fire of the feminist movement that I have.” 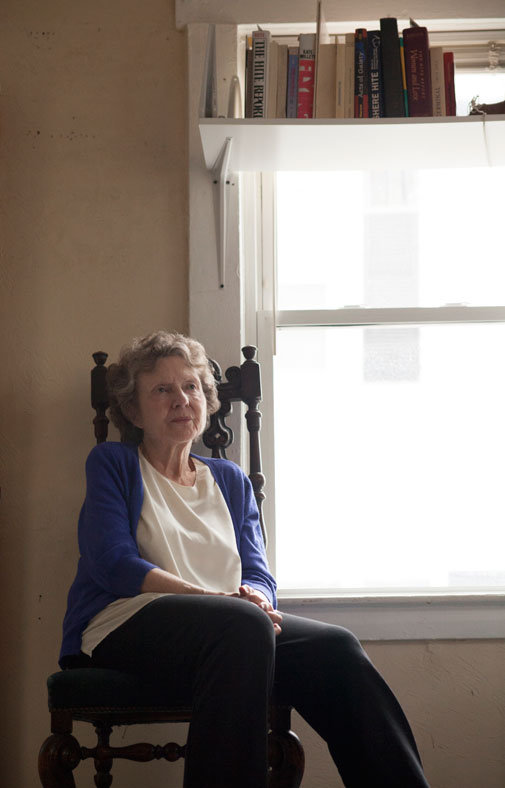 Atkinson was born Nov. 9, 1938, in Baton Rouge, La., the youngest of seven children of a Standard Oil chemical engineer and a Southern belle homemaker. Due to her father’s career, Atkinson’s family moved over a dozen times, including a stint in Italy. She credits these experiences with providing a foundation for her political activism.

“I hated moving so much,” she says. “But it made me realize that people in different environments saw the same world differently, which is critical for organizing people with different views.”

Atkinson remembers her grandmother as the strongest female influence in her life. Atkinson married at 17, and realized she was unhappy. It was her grandmother’s vote of confidence that she could survive on her own that empowered her to divorce five years later.

With her newfound independence, she enrolled at the University of Pennsylvania, where she received a bachelor of fine arts. She completed coursework for a doctorate in philosophy at Columbia University.

Afterward, she taught for 26 years, but it was a means to an end. “I taught to support my politics. Radical politics doesn’t pay for itself,” she says. 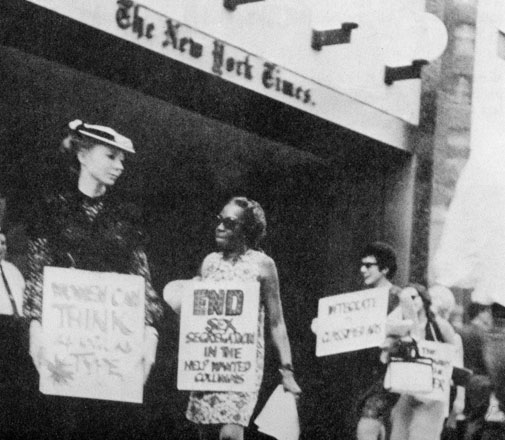 In 1965, Atkinson read Simone de Beauvoir’s “The Second Sex.” It struck a chord, inspiring her to write to de Beauvoir, who encouraged her to contact Betty Friedan, founder of the National Organization for Women. Friedan encouraged Atkinson to join NOW in 1967, and she rose fast to leadership as a board member and president of its New York City chapter.

Atkinson says she is not inherently confrontational – but learned that change requires conflict when she led NOW’s efforts to end The New York Times’ sex-segregated “help wanted” ads.

“I was a shy and feminine type,” she says. “But when I got angry, it overrode my shyness.”

Her anger swelled when she met the editor to request the change and was immediately rejected.

“The blood drained from my face,” she says. “From there, it was a buckshot approach of demonstrations, lawsuits and anything else until they backed down.”

NOW ultimately prevailed. “Their efforts were directly impactful in desegregating the ads,” says Breanne Fahs, an associate professor of women and gender studies at Arizona State University. “Ti-Grace is an incredible force in organizing.”

She was also a cultural phenomenon, as seen in this clip of her being welcomed in 1971 to Fresno State College, now California State University, Fresno, by educator Judy Chicago and members of her Fresno Feminist Art Program:

Atkinson ultimately became exasperated by what she saw as NOW’s complacency on abortion rights and marriage inequality, prompting her to resign after only a year and form a radical organization called The Feminists to topple bedrock institutions of marriage, love and religion, asserting that real change would never occur as long as they existed.

In 1969, Atkinson and several other members marched into the Manhattan Marriage License Bureau to protest marriage contracts as fraudulent. Coverage in Life Magazine dubbed The Feminists as “active-and-angry-female militants.”

The label did not deter Atkinson – In her 1974 radical feminist manifesto “Amazon Odyssey,” she suggested lesbianism as a strategy to provide women alternatives to marriage and motherhood. (Famously, “Feminism is the theory, lesbianism the practice.”) More than 40 years later, Atkinson stands by many of her positions, especially on marriage.

“You have to attack the institution. There’s no way you can tweak your way out of this,” she says. 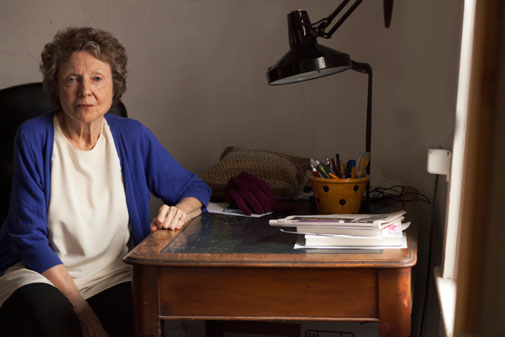 In 1997, Atkinson moved to Cambridge to complete her dissertation. She taught as a fellow at Harvard and Tufts universities before retiring in 2004. Despite knee, hip and shoulder surgeries, she remains active in social justice issues, including the 2014 Market Basket grocery chain strike and her recent foray into affordable housing.

She does so with the same spirit she displayed decades ago when protesting institutions such as the Times. “They messed with the wrong bitch,” she says of the real estate firm that served her an eviction notice.

Atkinson rejects the notion that her focus on affordable housing means she has moved on from feminist activism. A disproportionate number of elderly women are affected by housing issues, she argues, and domestic violence is another prime example of how housing costs directly affect female independence: “Women who are abused often stay not because they want to, but because they can’t afford another place to live,” she says.

Atkinson believes her efforts have made some progress, but much more work remains.

“We’re just getting started,” she says.