‘Hail, Caesar!’: Coen homage to Hollywood could have lost the Clooney, kept the Brolin 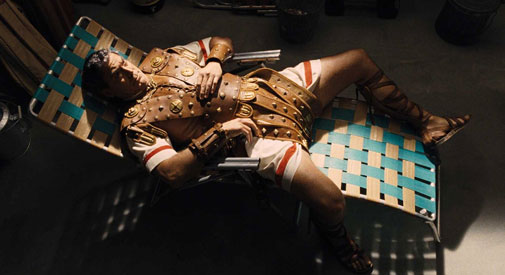 ‘Hail, Caesar!’: Coen homage to Hollywood could have lost the Clooney, kept the Brolin

There are two movies taking place in the Coen brother’s latest, “Hail, Caesar!” One is about an actor who’s been kidnapped for ransom. It’s a fun and frivolous caper that chases the same comedic tone the directors have engaged with in many of their previous films. It’s a solid effort, enjoyable and light on its feet, and stakes are relatively low. It’s entertaining enough, but it’s nothing that will be memorable in a few months’ time. 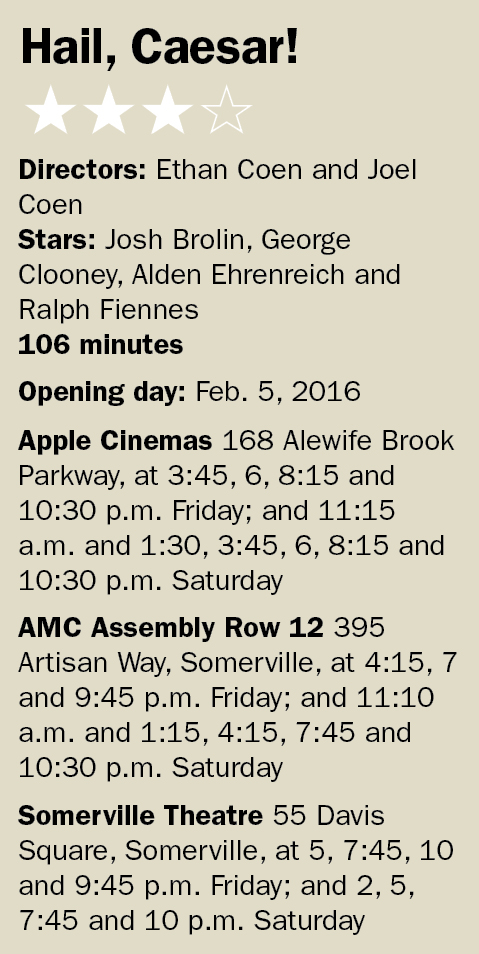 Then there is the film in which Josh Brolin plays a put-upon studio head whose days are eaten up by putting out one fire after the other, and this is where the magic really happens. The Coens’ humor tends to land on the biting side of things, and considering their past two team-ups with George Clooney (“O Brother, Where art Thou?” and “Burn after Reading”) have included level of buffoonery, it wasn’t pessimistic to predict that “Hail, Caesar!” would be in the same vein. Instead, while the duo refuse to let the period and its subjects off the hook, it’s one of their most heartfelt films to date – earnest, even.

This genuine feeling isn’t found in the kidnapping plot, or even Brolin’s storyline, but in the vignette-style moments when we get to see the actors at work, whether on a soundstage, at a vast swimming pool or on location. It comes alive in the more theatrical elements in which the directors’ love of film and their craft are on full display.

An underwater scene with Scarlett Johansson’s character (modeled, it would seem, after Esther Williams), the brassy DeeAnna Moran, easily delivers one of the most gorgeously composed frames in the Coens’ filmography, up there with Llewyn and his cat on the subway in “Inside Llewyn Davis” and the showdown in the forest in “Miller’s Crossing.” The blue of the pool contrasted with the swimmers’ red bathing suits, along with the patience, the stillness, of the camera, offers up its own small spectacle.

It transitions nicely into “No Dames,” a musical sequence that is phenomenal for a number of reasons and might be the movie’s greatest highlight. The nimble dance number features now triple-threat Channing Tatum (he sings, too!) as song and dance star Burt Gurney, a Gene Kelly type. The way it’s shot – from the physical gags to the white sailor suits and the manner in which the bar is used as one giant prop, with tables used as stages – calls back to the musical classics. But spirited and joyous in its deceptive simplicity, it’s given tongue-in-cheek humor as the song about missing women while away at sea turns quickly homoerotic.

Tatum might not have Kelly’s footwork (who does) but he gets close to embodying his charisma, right down to his slight smile as he dances, clearly in his element. It’s a shame he and Johansson were so severely underused, casualties of an overstuffed cast in which Tilda Swinton is a scene away from being a glorified cameo.

The only actor who truly is allowed to shine is Alden Ehrenreich as Hobie Doyle, an actor used to starring in Westerns who’s been recruited to star in a prestige drama. Ehrenreich gives the type of breakout performance that manages to eclipse big names such as Brolin, Clooney and Tatum. It’s his good-natured and selfless character that earns the greatest amount of joy to be had in “Hail, Caesar!” There’s a scene of his – of Hobie in one of his Westerns – where it’s uncanny to behold just how well he nailed that era of actor’s mannerisms.

“Hail, Caesar!” would have been stronger if it had ditched Clooney’s plot altogether and instead played out a more strictly “day in the life” plot, following Brolin’s Eddie Mannix as he dealt with one bumbling actor after another, all the while questioning why he sticks with a job that requires so much of him.

Visually the film is stunning, with Roger Deakins returning to the Coen fold with some eye-popping work, the underwater scene and a dusk car scene being particular highlights. His craft is on full display as he transitions effortlessly from the bright, sun-soaked behind-the-scene shots to those in front of the camera. Nothing looks fake – and the Coens similarly pay homage to old Hollywood with scathing humor, refusing to glamorize its “Golden Age” like many tend to. (The place was hardly a picnic.)

Still, this unabashedly is a story that celebrates movie-making in the same way “Inside Llewyn Davis” honored folk music and its pioneers. Powerful in moments and due to rank among the directors’ best, “Hail, Caesar!” is an enormous undertaking of a project, and it more than pays off.