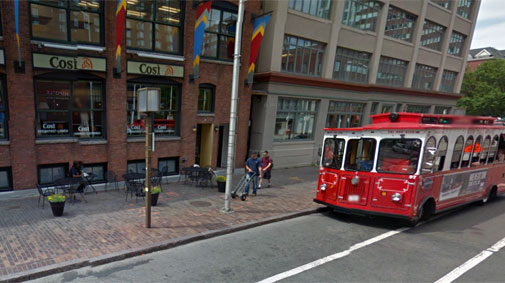 Chains are among them, including McDonald's, Burger King, Così
By Marc Levy

Così on Main Street in Kendall Square is among restaurants with fee-renewal issues that could shut them down temporarily. (Photo: Google)

A sweep of unpaid annual license fees could shut down more than a dozen Cambridge restaurants, with no business owners or managers showing up at a Tuesday meeting of the License Commission to resolve payment issues and many still in the dark Wednesday.

The affected businesses range from the McDonald’s and Burger King in the Alewife area to the Discovery Café and Così in Kendall Square. They could reopen as soon as they handle their missing fees.

Under new chairwoman Nicole Murati Ferrer, the commission’s agenda for Tuesday identified 18 businesses that hadn’t responded to reminders sent in November that “common victualler” food-service licenses expire Dec. 31 (and in some cases earlier) and must be renewed with a fee. By Tuesday’s meeting, that number was down to 16.

Murati Ferrer began work in January, relieving acting chairman Arthur Goldberg of the need to moonlight from his regular position as deputy city solicitor in Cambridge’s Law Department. He filled in after the departure of chairwoman Andrea Spears Jackson, who served for less than two years.

One by one Tuesday, the three-member commission went through the list of unpaid fees and found no one there to argue with the finding that, as Murati Ferrer said, “There’s really no license to cancel, so I say we send an investigator and, if they’re open, tell them to shut down until they get a license.” Absent owners and managers were each referred to as a “no-show,” followed by instructions to executive director Elizabeth Y. Lint to send a cease-and-desist letter.

At least two businesses – the Pinkberry in Harvard Square and Così – hadn’t paid in 2015 either, and had managed to stay open and working throughout the year.

Lint was out of the office Wednesday, but Murati Ferrer said the work sending those letters had begun.

Some of those are bound to return unopened, as there are no businesses left to respond. Tisan Coffee on Massachusetts Avenue near Porter Square and Yogurtland in Harvard Square are shuttered, for instance, which explains the lack of license renewals. 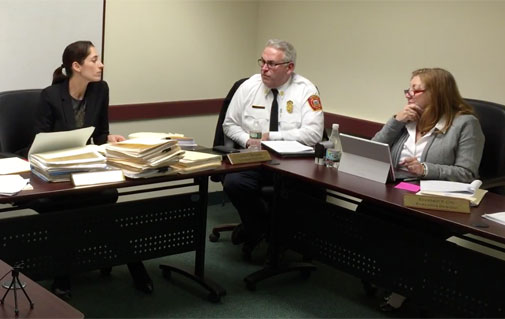 But businesses such as Cafe Anthony are open and intending to stay that way. Co-owner Nancy Tass said she went to the commission early Wednesday to settle the problem with the annual fee and a penalty payment.

“I went there and told them I didn’t know anything about it, and the woman [at the counter] told me I wasn’t the only one – none of the other people didn’t show up either,” Tass said. “Nobody knows anything about it.”

Tass said she was tipped off to the problem by a customer, not by the city. Corey Scott, manager at the Harvard Square ramen restaurant Santouka, said Wednesday that the problem was a surprise to him, or he might have taken action.

“I didn’t receive notice we were having a hearing,” Scott said. (The restaurant’s Nao White said all issues were resolved the next day.)

The materials sent in November have extensive information to remind holders of common victualler licenses of the obligations to renew – and that repeats information on the licenses themselves. “It has a whole litany of instructions on how to do this and procedures to follow,” Murati Ferrer said.

A notice went out Jan. 12 to businesses that didn’t respond, saying they had failed to renew and were to show up for Tuesday’s disciplinary hearing.

“They were noticed to show up,” Murati Ferrer said.