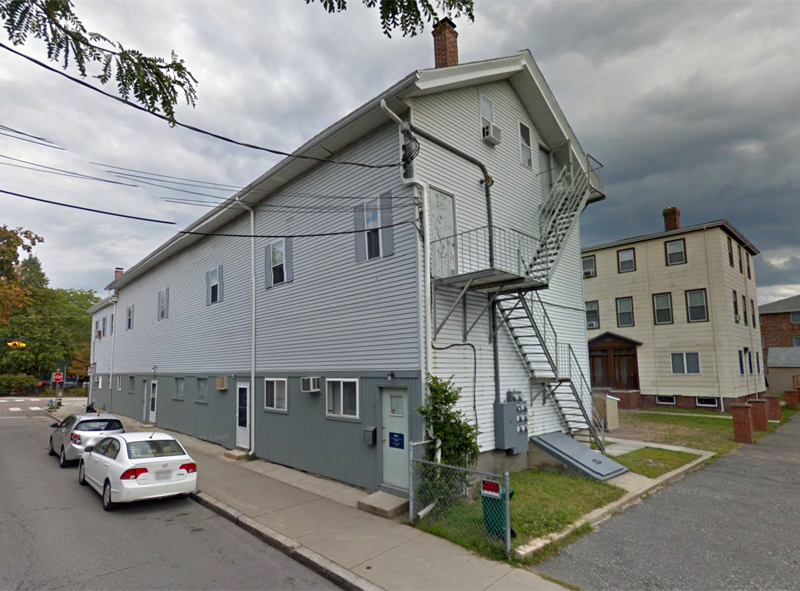 Dr. Mark Albanese remembers when he struggled to persuade his patients addicted to heroin and other opioid drugs to take the basic step of keeping their appointments.

“I would sit in my office and try to deal with the symptoms people had, and my no-show rate would be on a good day 50 percent,” said Albanese, a psychiatrist and director of the Cambridge Health Alliance Adult Outpatient and Addictions Services on Central Street in Somerville.

That was in 2002. “Now it’s rare that any patient will miss an appointment,” Albanese said. “They’re on a medication that fits the lock [of addiction] like a key that was made for it.”

That medication is buprenorphine – an opioid itself, but weaker than the addictive drugs it is designed to combat. The drug is usually prescribed as Suboxone, a combination of buprenorphine and the overdose medication naloxone.

Now, as Cambridge and other communities cope with increasing rates of addiction to painkillers and heroin, along with rising hospitalizations and deaths from overdoses, doctors are increasingly using Suboxone to treat addicts successfully in a primary care office, not a clinic, Albanese and others say.

Locally, most of those doctors work for the Alliance at health centers in Cambridge, Somerville, Revere, Everett and Malden, as well as the Central Street clinic. They’re part of a major effort by the Alliance to stem opioid addiction, which includes screening for addiction, intervening to suggest treatment and brief therapy during primary care visits, and referring addicts to more intensive therapy if they need it. “The big emphasis has been to expand what we do on the mental health and addictions front in primary care,” Albanese said.

So far the emphasis has been on services outside the hospital. But the Alliance is also considering opening its own inpatient detoxification beds for alcoholics and drug addicts, as well as residential services for addicts after they are detoxified, Albanese said.

Suboxone opened the door to treating addicts in the doctor’s office, a method known by an acronym: OBOT, for Office-Based Opioid Treatment. It also meant that treatment centers for addicts could spring up anywhere in a community a doctor’s office is allowed.

At least one outside the Alliance, run by two psychiatrists, is operating in North Cambridge in a nondescript commercial building at 60 Dudley St., identified only by a sign on the door saying “OBOT-C.” According to its website, the doctors, James Recht and Scott Freeman, do not accept health insurance. A woman who returned a call to the office said she would ask the doctors to call back; they did not.

The drug isn’t a panacea. Research shows that about half of addicts who get Suboxone are still in treatment after 12 months. Still, the vast majority of those who stay are no longer taking opioids or other illegal drugs, and many return to work.

There have also been reports of buprenorphine or Suboxone being diverted for sale on the street, and even causing overdoses and deaths. In 2013, the state accused a doctor who ran a Brighton drug treatment clinic of prescribing Suboxone to patients whose laboratory tests showed they were taking illegal drugs. In January, because of concerns about abuse, the state imposed licensing requirements on private companies that treat large numbers of addicts with the drug. At least three large practices are operating here, mainly in Western and Central Massachusetts.

Before buprenorphine was approved for opioid addiction in 2002, methadone was the medication of choice for addiction, and that drug can be administered only in special clinics. The requirement can limit access to the treatment.

The clinics and the large number of addicts who sometimes hang out nearby have met opposition from neighbors. North Charles Institute for the Addictions, a 35-year-old mental health and drug treatment agency, operates a methadone clinic at Cambridge Hospital where the number of clients was capped in response to concerns by residents on nearby Line Street, North Charles’ Chief Executive Gary Houle said at a zoning hearing in January.

More recently, North Charles met heated objections from neighbors last year when it opened a counseling center for the methadone patients at 54 Washburn Ave. in North Cambridge, about seven blocks from the OBOT-C office. The city has ordered the clinic to shut down because of zoning violations, and the two sides are fighting in court.

In contrast, OBOT-C, which is not recognizable as a drug treatment center and probably treats far fewer addicts than a methadone clinic, has encountered no zoning problems.

Like methadone, buprenorphine activates the same receptors in the brain as heroin and other opioids, producing the “euphoria” addicts crave, the federal Substance Abuse and Mental Health Services Administration says.

But buprenorphine affects those brain receptors only partially, enough to help combat withdrawal symptoms in addicts who quit taking opioids, but not enough to hook addicts on the drug itself, addiction specialists say. The effects are weaker than those produced by methadone and the addictive opioids.

Patients taking buprenorphine stop getting more pleasure when they reach a certain dose, no matter how much more they take. “This ‘ceiling effect’ lowers the risk of misuse, dependency and side effects,” according to Samhsa.

Combining buprenorphine and naloxone to make Suboxone was another abuse-prevention strategy. The naloxone in the medication kicks in if the Suboxone tablet is crushed; that’s supposed to be so unpleasant that it will discourage addicts from using the drug to get high or selling it to other addicts.

Addiction specialists expected that OBOT would expand access to treatment after Suboxone became available. But few doctors have been certified by Samhsa to prescribe the drug; they must take eight hours of training and can treat no more than 30 patients in the first year after approval, and up to 100 patients after that.

Even those who can prescribe Suboxone often don’t. In a research study, Alliance doctors called more than 440 Massachusetts doctors authorized to prescribe buprenorphine and pretended to be patients seeking an appointment for treatment. Four-fifths of the physicians turned them down. Of the remaining doctors, about half accepted private insurance or MassHealth, and the other half accepted only cash, the eight Alliance physicians reported at a 2013 meeting of the American Public Health Association.

Boston Medical Center has led efforts to widen use of OBOT and Suboxone. The Boston hospital, which, like the Alliance, treats mainly low-income and uninsured people, added nurse-managers to its primary care services in 2003 to manage starting addicts on Suboxone and monitoring their treatment.

Four years later, the state helped finance expansion of the model to 19 community health centers across Massachusetts, increasing the number of doctors prescribing Suboxone at the clinics to 114 from 24 over three years, and swelling the number of patients in treatment to 1,210 from 178, according to an article in the January issue of the Journal of Substance Abuse Treatment.

Cambridge Health Alliance began using OBOT soon after buprenorphine was approved and received a state grant in 2007 for the program. The Alliance later added a key element to screen for addiction during a primary care visit and try to persuade patients with substance abuse to get treated. The program can funnel addicts into more intensive treatment if they need it and manage them back at the primary care level when they’re more stable, Albanese said.

Mental health workers screen about 45 percent of primary care patients annually for drug and alcohol abuse, Albanese said. Roughly 35 percent to 45 percent of those patients get the “brief intervention” suggesting treatment, he said. The Alliance added about 40 employees – psychiatrists, therapists and “mental health partners” – to primary care offices as it sought to integrate behavioral health and physical health at the centers.

The Central Street center treats about 500 addicts a year, most but not all of them hooked on opioids. About 300 are in office-based treatment, Albanese said. Intensive treatment consists of nine hours a week of group therapy at the center – three hours three times a week. After several weeks of this, addicts may be able to go less often, either at the center or a primary care center, Albanese said. During their therapy treatment most patients get Suboxone. Most will need to keep taking it indefinitely, Albanese said.

There’s no waiting list for treatment at the Central Street program and no problems with private insurance and MassHealth coverage, Albanese said. Joan Fallon, a spokeswoman for Harvard Pilgrim Health Care, confirmed that the insurer covers Suboxone and treatment. “[New] patients are generally seen within 24 hours,” she said. Representatives for Blue Cross and Tufts Health Plan, the other large insurers in Massachusetts, didn’t return calls, but their websites indicated that the medication is covered. The insurers and MassHealth do require prior authorization before paying for some dose levels and formulations.

It’s not clear why the psychiatrists at OBOT-C, the drug treatment clinic in North Cambridge, do not accept health insurance. One of them, Recht, previously worked at the Alliance and has crusaded for more access to office-based treatment. Commenting on a Massachusetts Medical Society statement last year accepting restrictions on prescribing opioid painkillers, Recht said too few doctors are willing to treat addicts. “Despite the passage more than 15 years ago of federal legislation aimed explicitly at facilitating and normalizing the office-based treatment of opioid-use disorders, the overwhelming majority of physicians still effectively refuse to provide this treatment,” he said.

The OBOT-C website says the “typical cost” of treatment there is $200 to $250 a month; it doesn’t say whether that includes the cost of Suboxone or buprenorphine.

Nine other physicians in Cambridge besides Recht and Freeman at OBOT-C are listed as approved by the federal government to prescribe buprenorphine. Six work for the Alliance. The others are psychiatrists who do not specialize in drug treatment.