Free screening of ‘UnSlut’ doc, discussion May 31 in response to complaints at CRLS 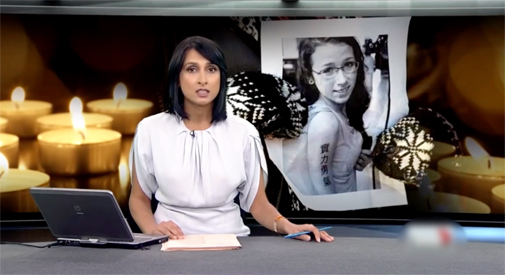 Free screening of ‘UnSlut’ doc, discussion May 31 in response to complaints at CRLS

A recent 150-student walkout depicting a culture of sexual harassment at Cambridge Rindge and Latin School got the attention of school and city officials, and one commission has put that sympathy into action by scheduling a free film screening and discussion for next week.

On Tuesday, the Cambridge Commission on the Status of Women will show “UnSlut,” a documentary film that explores issues such as sexting and bullying over social media, victim-blaming in rape cases and how slut-shaming has evolved over time. The director, Emily Lindin – the pseudonymous author of “UnSlut: A Diary and Memoir” – will take part in a discussion after the film.

“We hope the talkback with the director will spark understanding and ultimately action to the situation in our schools – and beyond,” said Kimberly Sansoucy, executive director of the commission, who reached out to student organizer Klara Ingersoll after the April 12 walkout, where students testified to being sexually harassed and receiving little support for their complaints. Sansoucy said she worked closely with CRLS teacher Sharon Lozada to bring the film to the community.

The evening will also include a viewing of the short film “What is Feminism?” by Yanka Petri, a student at the high school.

Lindin said she began her UnSlut Project after hearing about the suicides of bullied girls such as Rehtaeh Parsons, a Canadian teen who died in 2012 after reportedly being raped by four boys a year earlier, when she was 15. The “UnSlut” book began as a Tumblr of Lindin’s own annotated middle-school diary entries. “I went through puberty a lot sooner than most of my classmates, so I was already a target for sexual bullying at the age of 10,” Lindin told the Ravishly blog. After being branded a slut, “I was too ashamed to talk to my parents about it. It was quite isolating. I considered killing myself and began cutting my wrists as a way to cope.”

The first goal of the project “is to reach girls who are currently being sexually bullied, to let them know that they’re not alone,” Lindin, a Harvard grad, told Ravishly’s Kelley Calkins. “So many of us have gone through something similar. And we’ve survived, and they can too.”

For those who can’t attend Tuesday, the film returns June 13 to the Boston Public Library.

The Cambridge screening takes place 6 to 8 p.m. Tuesday in the lower-level auditorium of the Cambridge Main Library, 449 Broadway, in the Mid-Cambridge neighborhood. The film starts promptly at 6 p.m. with the talkback beginning at 6:45 p.m. The event is free.