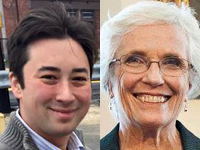 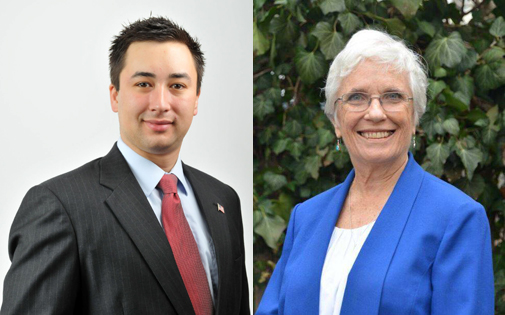 The candidates for the Second Middlesex Senate District plan to debate Wednesday in Porter Square.

The participants will be incumbent state Sen. Patricia Jehlen, and her challenger, city councillor Leland Cheung. Both are Democrats. The moderator will be Robert Winters, of the Cambridge Civic Journal website, according to the organizers at the Porter Square Neighborhood Association and Ward 10 of the city’s Democratic Party City Committee.

The district, which includes Somerville and Medford and parts of Cambridge and Winchester, votes in a state primary Sept. 8.

Somerville’s Jehlen has held the seat since 2005, and before that served in the Massachusetts House of Representatives starting from 1991. Before that, she was on the Somerville School Committee. In her last bid for reelection in 2014, she ran against Republican Robert Cappucci Jr., beating him soundly with 70 percent of the vote. She hasn’t had Democratic primary opposition since 2005. A guide to her issues is here.

Cambridge’s Cheung was first elected to the City Council in 2009. He made attempts for mayor and an unsuccessful bid for lieutenant governor in 2014. While he squeaked onto the council initially with 756 No. 1 votes, he swept to reelection in 2011, topping 1,974 ballots to become the night’s biggest vote-getter – surpassing the next closest candidate’s vote total by almost 20 percent – and repeated the feat in 2013. In the most recent council elections, he was seventh in terms of No. 1 ballots in the city’s form of ranked voting. An interview with Cheung, including a look at his top issues and reasons for running, is here.

The forum is planned for 7 to 9 p.m. Wednesday at Lesley University’s second-floor Amphitheater at University Hall, 1815 Massachusetts Ave., Porter Square.