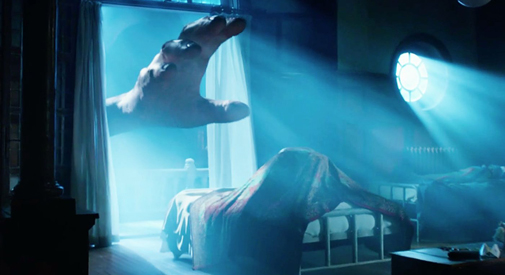 Structureless and oftentimes tonally unpleasant while also warm and superbly shot, thriving in visual storytelling but floundering in its narrative, “The BFG” puts master filmmaker Steven Spielberg in a tricky position. 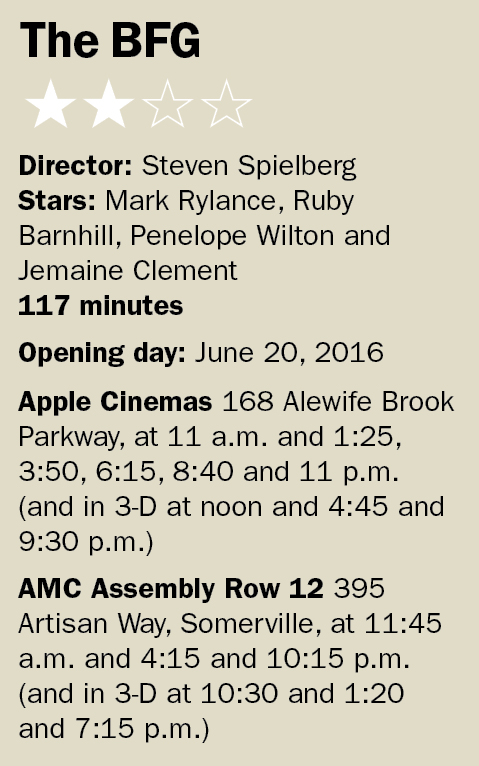 He’s tackling Roald Dahl’s iconic children’s book in his newest, following the award-friendly “Bridge of Spies” in 2015 and bringing back its Mark Rylance as the titular Big Friendly Giant, who roams the land as a catcher of dreams. One night, though, young Sophie (Ruby Barnhill) spots him, and in a fit of panic he grabs her and brings her back to Giant Country. Soon the two become friends and try to figure out a way to stop the nastier, human-eating giants from snatching up any more orphans.

When it comes to films that extend the length of original stories for the benefit of runtime we’ve seen both good examples (“Where the Wild Things Are”) and bad (“The Hobbit” trilogy). With “The BFG” the strain shows; it’s glaringly obvious the film simply doesn’t have enough story to justify the nearly two-hour running time.

Melissa Mathison’s script holds a lot of love for the book, most apparent in the magical opening moments where we’re introduced to Sophie and the BFG’s world, painted with wondrous care. In those sweeping moments it’s easy to feel like a child again, popping open a new book and being lifted from reality into fantastical worlds where giants are real and young girls get to be the heroes of their own stories.

But the film runs out of steam nearly halfway, after everything “new” has been explored and the land of giants has become familiar territory. The magic has dimmed, the tonality and imagery has cheapened and the investment in the characters and their plights have dwindled.

A shame, considering the tremendous artistry that seemed to have been poured lovingly into this film. John Williams has done it again with his score, which is equal parts whimsy and melancholy. His twinkling, grandiose music helps elevate often simplistic dialogue. Janusz Kaminski’s cinematography is equally stunning, aiding in a visceral transportation to a different world. Watching the BFG catch dreams and tinker with them is pure, surefooted animated brilliance, and the motion-capture that turns Rylance into the BFG captures every expression flawlessly, from bemusement to an understated loneliness. Audiences unfamiliar with Rylance’s work will be pleased with his warmhearted performance, helping welcome viewers into the lands of giants.

Despite the sheer joy the film inspires in these moments of adventure, though, it never quite overcomes the film’s basic problem: It all rings hollow. No matter the emotions conveyed by the actors or the fantastical elements, the film leaves much to be desired in the form of the audience connection. Beautiful to look at and emotionally empty, “The BFG” will be wonderful for the children in attendance, but easily forgettable for the rest.