Zipcar gets in on ‘Pokémon Go’ frenzy, bidding to drive game players around 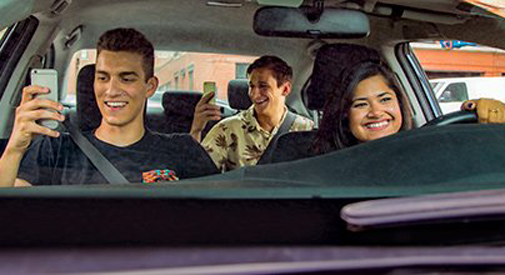 Zipcar gets in on ‘Pokémon Go’ frenzy, bidding to drive game players around

Zipcar is promoting a bid to drive for “Pokémon Go” players with this image in emails and tweets.

“Pokémon Go,” the video game that puts animated creatures atop the real world when players look their phone’s camera, was designed to get people outdoors and active. And it’s worked – there’s been a flood of players, including in Cambridge and Somerville, flocking suddenly to spots identified in the game as having characters to claim or as “gyms” to pit them against each other.

But it’s a game, not an exercise app, and people want to win. So Zipcar, the hourly car-rental company founded in Cambridge in 2000, is having a promotion Thursday to play chauffeur while customers play the game.

“Usually, the joy of Zipcar is driving yourself. But you can’t play ‘Pokémon Go’ and drive,” the company said Wednesday evening in a promotional email.

“Tomorrow, we’re taking the wheel … so members like you can visit as many stops in town as you want. Grab your spot by tweeting at us and let’s get you some of those adorable virtual creatures,” Zipcar told members.

The company is seeking hourly slot reservations between 10 a.m. and 4 p.m.