‘Jason Bourne’: Matt back in fighting shape, but his script has lost a bit of killer instinct 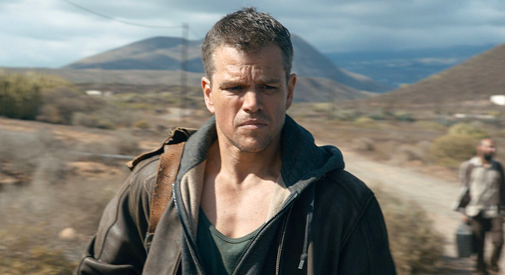 ‘Jason Bourne’: Matt back in fighting shape, but his script has lost a bit of killer instinct

Bourne’s back, but he’s not the same enigmatic killing machine addled by amnesia that we met almost 15 years ago in “The Bourne Identity.” Nope, now the brainwashed CIA operative knows mostly who he is. Gone too is that foggy edge of not knowing who’s good or who’s bad as covert contacts and handlers pop out of the shadows. Back then, being in Bourne’s reprogrammed brain trying to reboot itself was a thrill even without the parkour acrobatics and resourceful use of spare objects as random tools of dispatch. 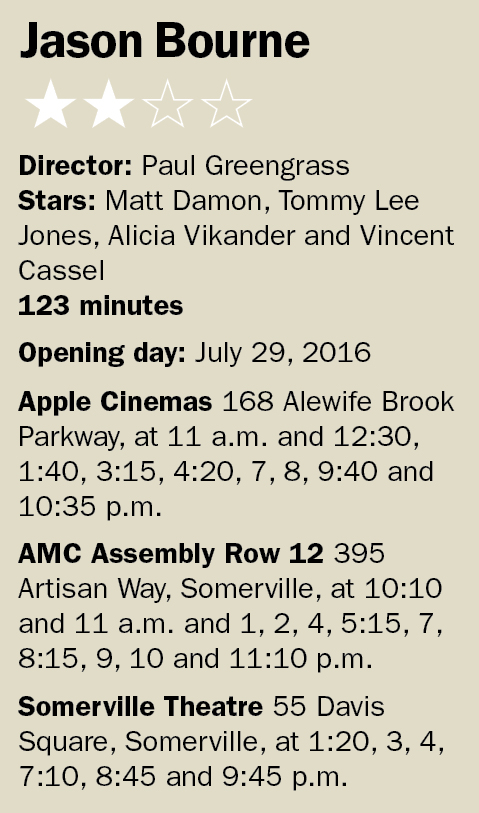 Basically in the new “Jason Bourne” we’re a long way from the Robert Ludlum material that was so organically and intricately concerned with spy games and double dealings at the highest levels, with Jason Bourne caught up as the harried fly in the ointment. In the five installments – four starring Matt Damon and now three of those helmed by chaos choreography maestro Paul Greengrass (“Captain Phillips” and “United 93”) – the impetus has moved from an internal struggle driven by outside forces to dubious machinations in those external structures (the CIA and its splintered sub-organizations) looking for any excuse to put Bourne in someone’s crosshairs. In this case it’s those of CIA director Robert Dewey (a craggy Tommy Lee Jones, inheriting the role of heavy from Albert Finney) who doesn’t want Bourne (and his long-running inside collaborative, Nicky Parsons, played again by Julia Stiles) to pull a WikiLeaks dump of the Treadstone file (listing all the behaviorally engineered Bourne-like assassins). Plus he’s got his hooks into social media mogul Aaron Kalloor (Riz Ahmed), an amalgam of Zuckerberg and the Google guys, and wants to leverage the company’s Deep Dream network platform (think Facebook) as a tool to acquire info on anyone, anywhere, anytime.

If that sounds a bit like a Bond super-villain, unfortunately it is, but Damon and Greengrass, reteaming nearly a decade after “The Bourne Ultimatum,” know the exercise and adore the character. The result may feel packaged and pat (and the dialogue is woefully flat), but it’s good to see Damon buffed up as Bourne and in action in bareknuckle pit fights in the back country of Greece or orchestrating a maneuver  in London as alpha and beta teams and a cold-blooded assassin known as The Asset (Vincent Cassel) close in. It distracts mostly, but not completely. Alicia Vikander, so good in “Ex Machina” and last year’s Best Actress Oscar winner for “The Danish Girl,” drops in as an ambitious CIA cyber sleuth semi-sympathetic to Bourne’s plight and wary of Dewey. Her Heather Lee holds most of the cards in the deck, but as sharp and in charge as she is, even she gets played.

The one thing about spy flicks, from Ludlum to le Carré and even Fleming and Clancy, is that you’ve got to sell the ruse – something Greengrass and cowriter Christopher Rouse try to do via circumvolution and adding another layer to Bourne’s identity. It doesn’t really work, and we’re never clear as to what Bourne’s motivation is, what he sees as his endgame – a nice farmhouse in the hills, perhaps, where his lethal resourcefulness comes into play only for beheading free-range chickens? Before, we understood Jason’s need to simply survive. He was a fucked-up dude trying to figure it all out, and now that he has, now what? Amid violent riots in Athens and a software conference in Vegas turned into a war zone, we never get an indication; it all just becomes a pointless shell game.