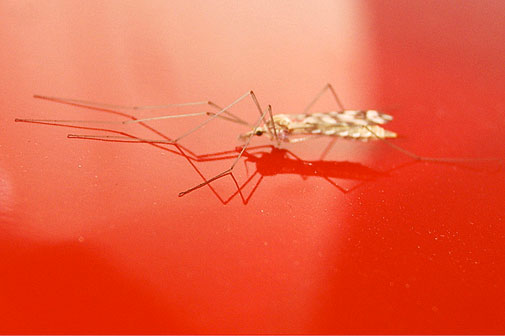 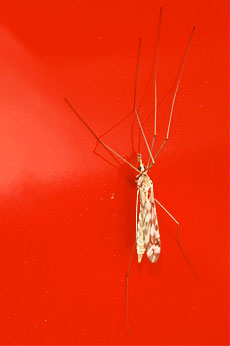 State health officials reported Thursday that two mosquito samples from a trap in West Cambridge had tested positive for West Nile virus, underlining last month’s move by the state Department of Public Health to raise the risk of infection to “moderate” in the city.

The upgrade was made July 28 because positive mosquito samples have also been detected in Somerville, Arlington, Belmont, Watertown and Boston, as well as in Brookline, Canton, Chelsea, Dedham, Everett, Lexington, Malden, Medford, Melrose, Nahant, Needham, Newton, Reading, Waltham and Winthrop.

Last year at this time, four Cambridge mosquito samples had tested positive for West Nile virus, along with several from nearby communities, resulting a similar upgrade of the risk level.

So far this summer, the East Middlesex Mosquito Control Project has treated 6,100 storm drains in Cambridge with larvicide, which kills mosquito larvae before they can grow to adulthood. Last year only 5,500 storm drains received the larvicide.

West Nile virus is usually transmitted to people through the bite of an infected mosquito. Most infections are mild, but a small number of people become very sick. People over the age of 50 are at greatest risk for serious illness, especially those with weakened immune systems. There were six human cases of West Nile infection identified in Massachusetts in 2014.

The best way to avoid West Nile virus is to prevent mosquito bites by applying insect repellent when outdoors; rescheduling outdoor activities in the evening or early morning, which are peak biting times; wearing long sleeves, long pants and socks when outdoors; making sure window and door screens fit tightly and are in good condition; and getting rid of mosquito breeding sites in the yard. Mosquitoes lay their eggs in still water such as in flower pots, buckets, barrels and children’s pools, so it’s best to change the water in pet dishes and replace the water in bird baths weekly, and to drill holes in tire swings so water drains out.