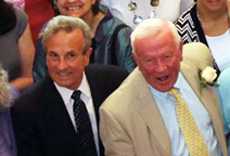 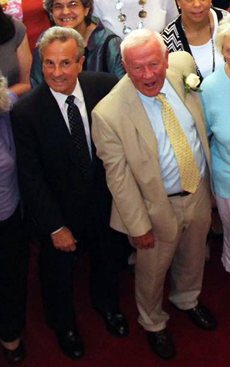 Richard C. Rossi and Robert W. Healy led Cambridge for 32 years as deputy city manager and city manager, and Rossi has led since then. His leave-taking at the end of September opens the door for a new occupant of the City Manager’s Office.

The 19 members of the Preliminary Screening Committee for a new city manager have been chosen, including four city councillors: Leland Cheung, David Maher, Nadeem Mazen and Tim Toomey.

The committee, helped by the consultant GovHR USA, will determine the three finalists to be presented to the full council. Its members will narrow candidates invited to come forward from across the nation, screening résumés and holding preliminary interviews with the eight or fewer candidates considered by the consultants to have the highest qualifications. Councillors aim to vote on the final selection for a new manager at a public meeting late next month.

“We were fortunate to have received over 50 qualified applicants and appreciate the willingness of so many in our community to volunteer their time,” Mayor E. Denise Simmons said Thursday.

The consultants’ advice was that a dozen committee members should be the limit, but in the spring the council’s Government Operations committee, led by Maher, opted for having 15 to 18 members – and then 19. A search process led by Maher last year for a new schools superintendent went the same way.

When current city manager Richard C. Rossi leaves at the end of September – mere days after a replacement is chosen – it will mark the end of a remarkable era of consistency in city management. Rossi worked for Cambridge for 45 years, including 32 of them as deputy city manager under Robert W. Healy, who was also city manager for 32 years.

The selection committee officially has one representative of Cambridge Public Schools in School Committee member Richard Harding, but committee vice chairman Fred Fantini is also among the 19, considered its “person with demonstrated knowledge of municipal finance” after spending three decades as deputy treasurer for the Town of Arlington.

Brief biographies for all members are posted online on the City Manager Search Process page.

Resident representatives are Peter Traversy, a North Cambridge resident described as being a small-business owner active in youth sports; Elaine Thorne, a Riverside resident and longtime project planner for Cambridge city government; and Laura Booth, a resident of the Area IV/Port neighborhood and public school parent who is an advocate for affordable housing and experienced in the nonprofit community.

Business representatives are Jay Kiely, chairman of the Chamber of Commerce and an executive at Forest City, a prominent developer active in the city; and Patrick Magee, a Wellington-Harrington resident, East Cambridge Business Association co-founder and owner and manager of Atwood’s Tavern near Inman Square.

The committee is rounded out by Kevin Casey, an associate vice president at Harvard University, as its representative for higher education or institutional partner; Susan Connelly, director of the Community Housing Initiatives at the Massachusetts Housing Partnership and treasurer of the Cambridge Housing Authority commissioner’s board, as the affordable housing advocate; Elaine DeRosa, executive director of the Cambridge Economic Opportunity Commission, as nonprofit community representative; and the Rev. Lorraine Thornhill, lead pastor in the Area IV/Port neighborhood as well as lead chaplain for Cambridge police, as a representative for the quality of our community’s civic and social well-being.

GovHR USA has been recruiting candidates for city manager starting in July, according to a schedule released in April. The 19-member committee is now to conduct “confidential off-site interviews” with candidates.

Times for the three finalists to meet with the public will be held around Sept. 5-11, and the full City Council will interview the three in a televised public meeting around Sept. 19-25, according to the schedule. The final vote comes Sept. 26.

John Hawkinson contributed to this report, and he first reported the news via Twitter.