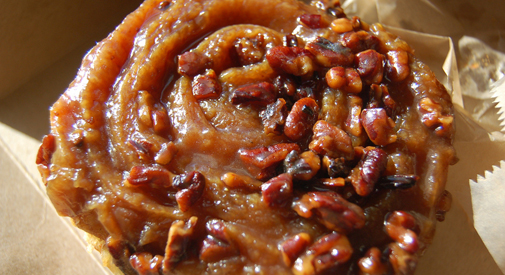 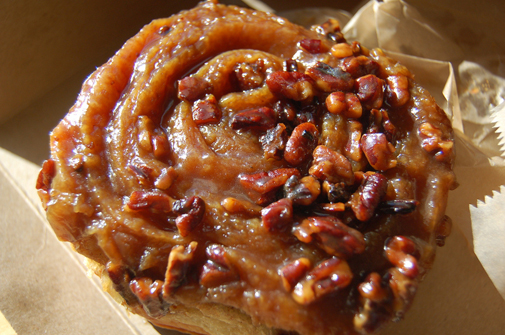 When mourning the lost restaurants of Harvard Square, the Chili’s chain location that closed in 2004 rarely makes the list.

With the estimated Oct. 24 arrival of the latest Flour Bakery & Cafe at 114 Mount Auburn St., in a new, $65 million, eight-story building dedicated mostly to Harvard University uses, Chili’s may be wiped entirely from memory. The lead-off question Tuesday to the founder of the bakery from Nicole Murati Ferrer, chairwoman of the License Commission, suggested why: 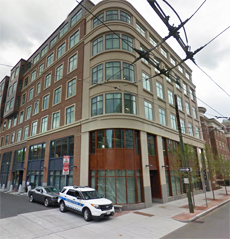 Flour’s location at 114 Mount Auburn St. was once home to a Chili’s restaurant. (Photo: Google)

“Are you going to have your granola at this location?” Murati Ferrer asked Joanne Chang, a Harvard grad who opened her first Flour in 2000 and has four others in Cambridge and Boston.

Affirmation that the granola will be available at the new, 44-seat, 2,377-square-foot location was about all that was needed for approval for a common victualler license by the commission – this week down to two of its three members.

Denise Jillson, executive director of the Harvard Square Business Association, appeared to vouch for “overwhelming neighborhood support” for the bakery’s arrival, “and not just because of the granola.” (Its breakfast sandwiches, vegetarian options and pastry, including a famed sticky bun, are more typically cited by diners.)

In fact, aside from a site-specific variation on its usual overall rustic-modern feel, as each Flour has, the new location will be like the rest of the small chain, including on menu (save for daily specials, which vary by location) and hours – from 7 a.m. to 8 p.m. Mondays through Fridays; 8 a.m. to 6 p.m. Saturdays; and 9 a.m. to 5 p.m. Sundays – despite coming to an area that has something no other Flour will see: between 8 million and 10 million tourists each year in addition to a built-in customer base of hungry Harvard students.

“We’re going to start with [those hours] and see what happens,” Chang said. “We haven’t been there yet, so we don’t quite know. If the neighborhood does want us to open earlier or stay open later, we hope to be able to do that.”

Harvard Square will also see the sixth location for the Tatte Bakery & Cafe chain (though open in Brookline and Boston, three Tatte locations are clustered in Kendall Square) at the former Panera Bread site at 1288 Massachusetts Ave. At 5,560 square feet and 110 seats, it will include a second-story coffee bar and space for baking classes and events – and be open slightly later than Flour throughout the week. While founder Tzurit Or planned originally to open Sept. 16, construction estimates now place the opening in early October.

In other License Commission news, the RiceBurg food truck was okayed for to sell from 11 a.m. to 2 p.m. every Wednesday at 40 Erie St., near the Massachusetts Institute of Technology and various biotech companies. This is the first Cambridge stop for the truck, which serves such fare as fish balls and rice cake skewers but specializes in burgers and spicy crispy chicken sandwiches served on buns made of compressed rice – a unique and gluten-free alternative to the traditional bun.