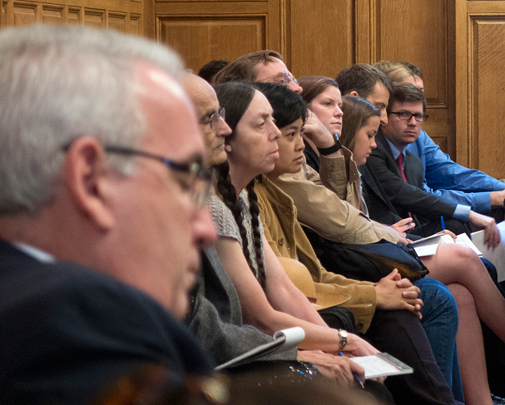 Residents and developers clashed once again this morning, now at the Massachusetts Appeals Court for the latest round of litigation surrounding the redevelopment of the former Edward J. Sullivan Courthouse in East Cambridge. The litigation has been ongoing for two years, starting in the Land Court.

The case has so far focused on whether the 22-story property, out of scale with the surrounding two-story homes and noncompliant with zoning, qualifies as a preexisting nonconforming structure. If so, the Planning Board was allowed to issue the special permit for redevelopment by Leggat McCall Properties, the developer selected to buy the property from the state in 2012.

Litigation so far has focused on whether one particular precedent, Durkin v. Board of Appeals of Falmouth, covers the current situation.

But there’s a twist. Gov. Charlie Baker signed a law Aug. 4, “An act relative to non-conforming structures,” changing the rules. It provides that certain kinds of zoning lawsuits are permitted only within the first 10 years of a zoning violation, and that structures that have existed for longer “shall be deemed, for zoning purposes, to be legally non-conforming.”

But the neighbors’ attorney, Mark Bobrowski, disagreed: “I think it buttresses the case … to become non-conforming, you have to have an act of the Legislature.”

Kevin O’Flaherty of Goulston & Storrs, representing Leggat McCall, was reserved on the new law. While he drew the court’s attention to it by letter last month and said it “bears directly upon the issue,” he was silent on its direct applicability.

Justice Peter Agnes was quick to ask both sides about the new law, focusing on whether it was yet in effect or kicks in 90 days after it was signed, as is the case for most laws. It seemed clear the three-judge panel, made up of Agnes, Diana Maldonado and Kenneth Desmond, hoped to resolve the case on the relative clarity of the new law and not have to tease apart the tricky questions of precedent involving Durkin.

Attorneys for both sides cautioned that it is difficult to tell how a court will decide from questioning at oral argument, but Agnes – who dominated the questioning – seemed more skeptical of the neighbors’ position, and interrupted Bobrowski frequently during his 15 minutes. 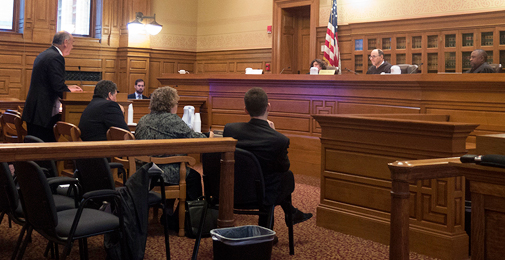 On the developers’ side, 12 minutes were allotted to O’Flaherty. Attorneys for Cambridge and the state were left to divide the remaining three minutes.

O’Flaherty’s argument remained what it was at the Land Court and in the briefs: “So what’s the legal status of such a structure when it stops being owned by the government and that immunity, if you will, evaporates? And the question is answered by Durkin, clearly. Mr. Bobrowski says Durkin is sort of sloppy mess of a decision. I don’t think it is.”

Several times during argument, Agnes reminded the attorneys that the judges had read the briefings, and Durkin, very carefully: “You can assume we know the facts. I think we’ve all read it forwards and backwards,” he said.

Asked after the argument whether he would take the case to the Supreme Judicial Court if he did not prevail, Bobrowski declined to commit, but added: “I’m not going to appeal if we win.”

This post was updated Oct. 11, 2016, to add an audio recording of oral argument and refine a photo caption.