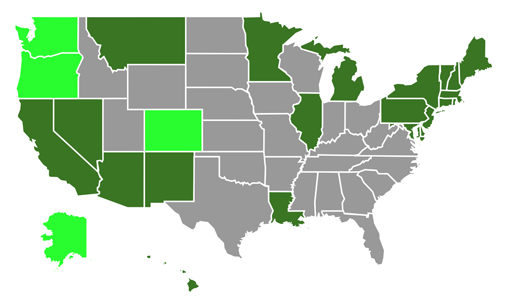 The opening of medical marijuana dispensaries in Cambridge could be slowed even further by a vote next month on allowing recreational marijuana statewide, city councillors said Monday.

The ballot initiative – one of four on the Nov. 8 ballot, along with raising the cap on charter schools, an animal-cruelty issue and allowing all-slots casinos – would further decriminalize pot use and personal production as well as allow for head shops with sales of weed, bongs and related paraphernalia. The proposed law has been written so it “would not affect existing law regarding medical marijuana treatment centers,” according to its official summary.

But Cambridge officials are already on edge about how many medical marijuana dispensaries are on the way, and the possibility of seeing an unknown number of shops selling marijuana for recreational purposes doesn’t help.

“This is an issue that needs to be pinned down fairly soon. We sense we’re going to be inundated with petitions,” city councillor Dennis Carlone said, alerting officials at the city’s Community Development and Health departments that the council would likely be reaching out soon to try to pin down what impact the law could have if passed. “There’s a bit of urgency to this.”

“Or we have to slow down,” Carlone said. “Can we slow the process?”

City Solicitor Nancy Glowa said the answer was complicated by the initiative petition itself, which was “very confusingly written and hard to figure out,” but that the only option she saw was “to slow down approval of the medical marijuana districts, because one of the provisions of this requires the city to allow recreational marijuana [anywhere] there is medical marijuana.”

Medical marijuana was legalized statewide in November 2012, yet no dispensaries opened until this summer after the state and many Massachusetts communities threw up roadblocks for financing and zoning. Cambridge created two districts for medical marijuana sales in its farthest-flung corners of Alewife and NorthPoint, but no dispensary was able to open since their creation in 2013, and the city has since had to rethink the concept since a change in approach at the state level.

Comments by officials and residents during city meetings and hearings made it clear that many considered allowing medical marijuana dispensaries as tantamount to inviting in a permissive drug culture, despite hours of testimony as to the medical need for the product and lack of access without a doctor’s prescription – and even despite promises from operators of potential dispensaries to sell mainly items that deliver pain relief and other benefits without a buzz. One of the strongest proponents for the dispensaries has been city councillor and social worker Marc McGovern, who has said repeatedly that the dispensaries should be treated like pharmacies.

Now some half-dozen seek to open in Cambridge, with a concentration in Harvard Square, and potentially more on the way.

Zoning addressing where those dispensaries can go will be heard Nov. 1 by the Planning Board, followed by a Nov. 9 hearing of the council’s Ordinance Committee – and by then it should be known whether recreational marijuana is also on the council’s plate.

The writers of the law, seemingly conscious of the long delay between popular passage of the medical marijuana initiative and the arrival of dispensaries, put a kind of dead-man’s switch into the official language: If recreational use is voted in but a new Cannabis Control Commission fails to implement the law on or before Jan. 1, 2018, medical marijuana dispensaries can start selling to anyone at least 21 years old.

“One of the other lines that hit me hard is that we would have to allow [recreational marijuana sellers] equivalent to the number of 20 percent of retail liquor stores,” Carlone said, guessing that meant 50 to 100 stores. “If so, that’s probably a much higher number than any of us were thinking about.”

A survey of liquor stores taken in the summer of 2015 put the number of Cambridge liquors stores at about two dozen, though, suggesting that the number of head shops might be capped at five.

Without knowing that figure, Glowa replied drily to Carlone that “It does appear the framers of the ballot petition were very interested in having ample access to places to buy recreational marijuana.”

Councillor Nadeem Mazen seemed to identify the conflict of letting recreational uses affect plans for medical uses and the easing of patients’ pains and symptoms.

“It seems to me like even the threat of it passing totally changes the conversation for the medical side,” Mazen said of the ballot initiative. “Don’t we now need a deeper dive to understand how to proceed so we’re not keeping those people waiting? I’m assuming they probably felt they were very close to clinching their end of the processes.”

Four states and the District of Columbia have legalized marijuana for recreational use, including Alaska, Colorado, Oregon and Washington, and Massachusetts isn’t alone in considering joining them. There are similar November ballot initiatives in Arizona, California, Maine and Nevada.