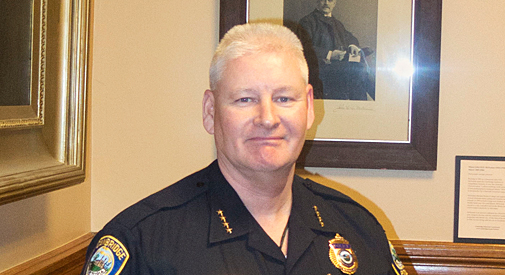 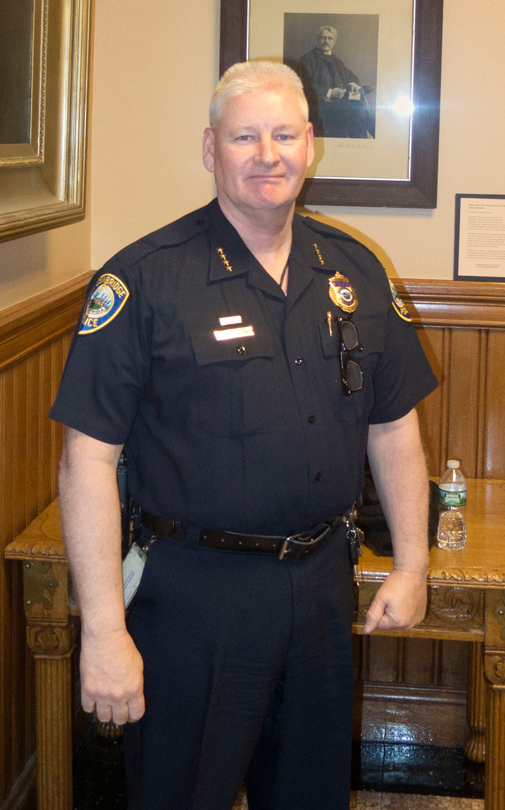 Chris Burke has been acting commissioner of Cambridge police since May. (Photo: John Hawkinson)

Burke’s retirement is in effect as of Friday, according to councillor Jan Devereux, giving him just short of eight months leading the department after the retirement of nine-year commissioner Robert C. Haas in May. It concludes a 32-year career.

“It is an incredible honor for me to lead and serve this great department. When I joined the Cambridge Police Department in 1984, it did not take long for me to realize there was no better place that I could work for. That sentiment remains instilled in me today,” Burke said in May, at the time of his appointment as acting commissioner. He led a department of 272 sworn officers and 40 civilian personnel.

A new acting commissioner will be announced Jan. 9, and City Manager Louie A. DePasquale “will lead a search process with opportunities for public input,” Devereux said. “We hope to name a permanent commissioner within six to eight months.”

Burke was on the force for 32 years and was the third generation in his family to serve as a Cambridge police officer, she said, with the coming year marking “a century of service for the Burkes.”

“Growing up in Cambridge and spending his entire career at the Cambridge Police Department, Chris has a great understanding of policing and opportunities and challenges within the city. He has been a valued member of city staff and an active part of this community for many years,” said Richard C. Rossi, then city manager, at the time of Burke’s appointment to acting commissioner.

Requests for more information were left Saturday with police and city officials.