‘Life’: Crew discovers there’s life on Mars, and in the plot of decades-old horror films 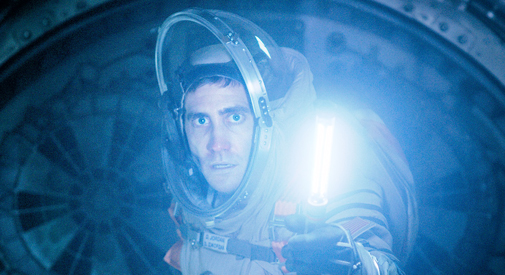 ‘Life’: Crew discovers there’s life on Mars, and in the plot of decades-old horror films

Starring Rebecca Ferguson, Ryan Reynolds and Jake Gyllenhaal, “Life” as a film experience is deliciously average. It neither fails in trying to go big nor succeeds in anything daring. It’s a perfectly serviceable film, one marked for repeat viewings on FX when all other channel surfing options have run dry. Narratively taut and economic in its structure, the film makes an argument that the chilly stinger of an ending might make the rest worth it, but nothing can erase in full the resounding feeling of “been there, done that” that the film radiates. 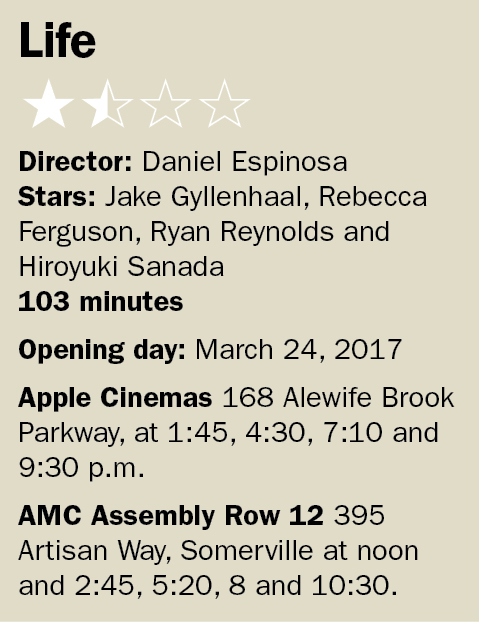 Directed by Daniel Espinosa (“Child 44”) the film centers on an attractive, six-member International Space Station crew on the cusp of one of the most significant discoveries in human history, that of the first evidence of extraterrestrial life on Mars. After retrieving the specimen, the crew begins its research, leading to bloody and deadly consequences as the life form develops at a frighteningly rapid speed. A movie that’s equal parts about humanity’s curiosity and intelligence as it is our cruelty and narcissism, “Life,” with all of the themes at its disposal, chose the easier confined-space-monster bash. Ultimately that’s fine, if frustratingly rudimentary.

Among an eclectic and talented cast, only Gyllenhaal and Ferguson are given meaty roles – and even Gyllenhaal seems to suffer from having played similar characters before, but in stronger films. His easy chemistry with every actor is worthwhile, though, and Ferguson, best known for her steely character in “Mission: Impossible – Rogue Nation,” shines greater as a morally complex woman who understands the need to protect the Earth from this alien life form and prioritizes it above the safety of her crew.

Ariyon Bakare and Hiroyuki Sanada are completely wasted their roles that, on paper, promise more depth than their more recognizable counterparts. Bakare, as Hugh, has the most affectionate relationship with the life form and intriguing backstory; we learn that he’s paralyzed from the waist down, giving his zero-gravity time in space more gravitas. Sanada’s Sho has an emotional tether in the film when we learn his wife has given birth back on Earth, but by the end he seems like background noise rather than a fully fledged character.

Even Reynolds, despite his charm, isn’t given more to do than deliver rapid-fire one-liners.

“Life” doesn’t live and breathe by a clever or substantial script; writers Paul Wernick and Rhett Reese get characters from Point A to Point B with no convoluted hurdles. The direction by Espinosa is, again, solid, but beyond some standout pursuit scenes where the zero-gravity element provides a fine edge of claustrophobia, there’s nothing truly noteworthy.

There’s nothing inherently wrong with doing a by-the-numbers science fiction flick, especially with just enough fresh to support the unremarkable remodeling of old favorites. The problem with “Life” isn’t that it’s regurgitated genre fare, but that in its redundancies it remains flavorless, too pleased sticking to the straight and narrow. As the crew watch in horror as one by one members meet horrific ends, one feels as if the studio heard early in the shooting process that “Alien: Covenant” was in the works and decided to make things easy on everyone – a shame, considering what peeks through from under those unnecessary storyline precautions. The writers could’ve made story into something much grander and terrifying by focusing more on how the actions of the crew could affect the world they’re orbiting.

If the entire film had resembled the last five electrifying minutes, perhaps we would’ve had an entirely different film on our hands.