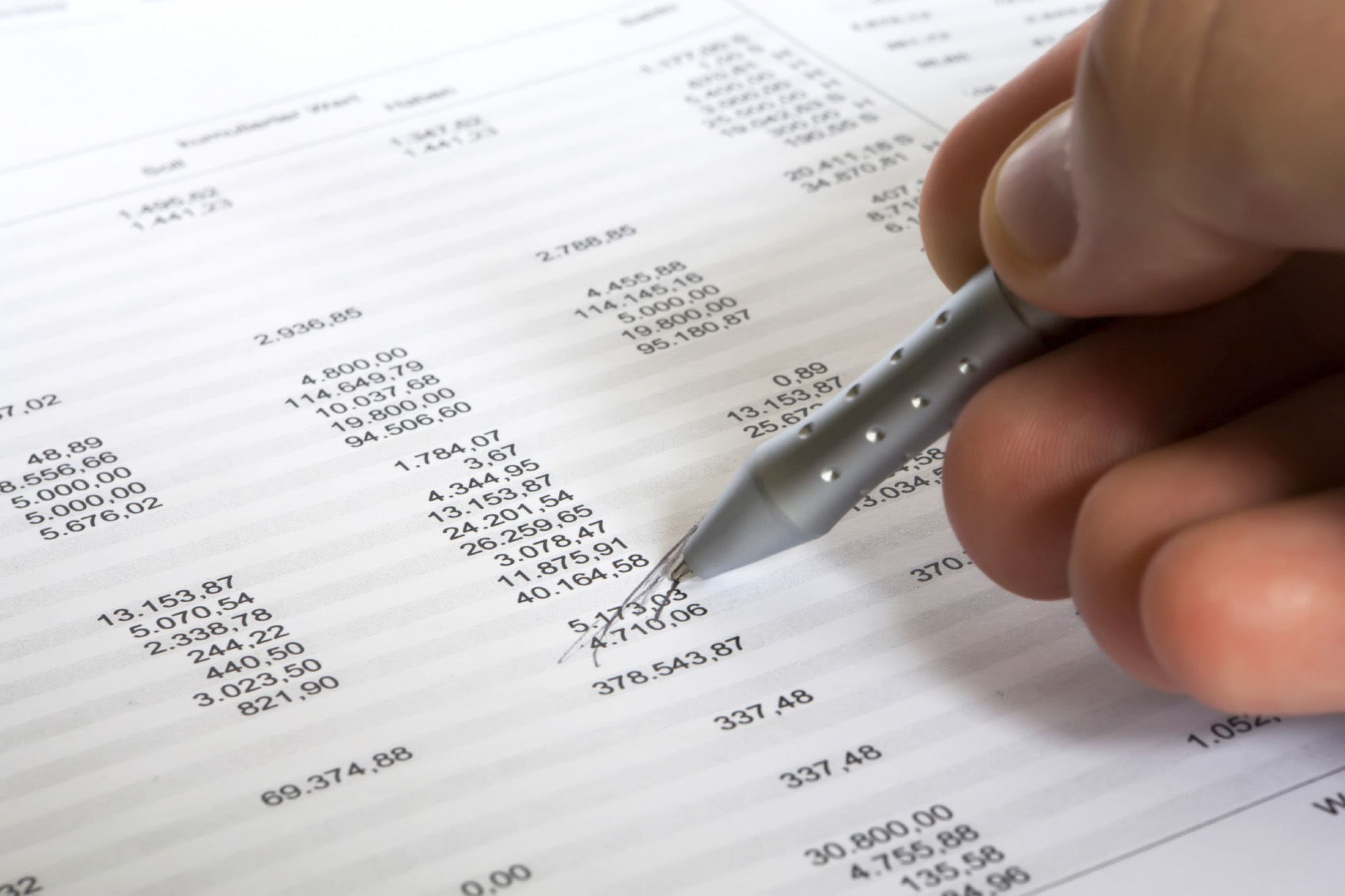 School Committee members passed Superintendent Kenneth Salim’s first budget unanimously Tuesday amid a collegial atmosphere, contrasting with recent meetings that have seen tension between some members. The $183 million budget brought praise for its “thoughtfulness” and response to some long-requested pleas from staff, families and committee members, accompanied by suggestions for next year’s budget. “We are now walking the talk more than we have in the past” of focusing on student-centered learning, member Patty Nolan commended Salim.

In a voice vote on the budget, Nolan couldn’t help but say “wow” before voting “yes.” At $183 million, this is the district’s highest school budget, representing a 5.9 percent increase over last year’s. The increase was driven largely by increased enrollment, particularly at the high school and early elementary level, but it also included nearly $1 million for new initiatives such as a pilot program for elementary school world language instruction and staff support for untracking ninth-grade English.

Members noted with pride and appreciation that this increase, the largest annual increase in years, comes as many districts contemplate deep cuts. Kudos came from each member to City Manager Louis A. DePasquale for providing the funds.

“We work very well together,” said Salim of DePasquale, who was there at the start of the meeting. “I know that we have a really rich partnership that will continue to grow.”

The final budget reflected four last-minute changes totaling $130,000 based on committee and community comments, with the adjustments paid for from revised salary estimates. A districtwide reserve teacher, at $70,000, is added to the originally proposed five new reserve teachers. Reserve teachers are unfilled positions set aside if the need arises, with Salim specifically pointing to potential use in the Putnam Avenue Upper School and Haggerty School, for example, although this intent was not written into the budget. (Last year’s three reserve teachers were all used at Cambridge Rindge and Latin School to meet high course demand. This year’s budget includes four new teachers at CRLS.)

The upper school summer program, now to include English instruction as well as math, will get an additional $30,000, and $10,000 will go to support “communications and marketing to promote the achievements and successes of the Cambridge Public Schools,” including highlighting language immersions programs – a change received warmly by several members, especially Richard Harding. Finally, $20,000 will go to an academic support program for student athletes that pulls coaches into a tutoring and guidance program by structuring around team time.

These join originally proposed budget additions: four staff members to support Level Up, the untracking of first-year English at the high school; the 1:1 program providing Chromebooks for all freshmen; a pilot world language instruction program in two elementary schools and expansion of Chinese instruction into sixth grade for King School Mandarin students; “tiered school support,” which are funds to support schools needing extra academic or social-emotional intervention; expanded resources for “Response to Intervention,” an approach of needs identification through targeted screening; “train the trainer” cultural proficiency professional development; coaching and professional development on social-emotional learning; and extra funds for a review of elementary school programs. The new budget also includes a budget-neutral reorganization aimed at improving attraction and retention of teachers of color.

In addition, although they were incorporated under “enrollment-based adjustments” in the original proposed budget, Salim is adding four teachers – two for math, one for science and one for health – and one guidance counselor at the high school. Although high school enrollment has been growing steadily, jumping nearly 20 percent in the past five years, former superintendent Jeffrey Young resisted calls from families and committee members to increase staff. Under new initiatives, Level Up will have four new teachers. There are also two new full-time elementary school art teacher positions.

Several members pushed for continuing to sharpen language around measuring outcomes of program initiatives and assuring struggling schools such as the Putnam Avenue Upper School and Haggerty that “help will be there,” even after passage of the budget. Salim has said that Putnam will use a co-teaching model next year, ideally scheduling adeptly to allow it without adding extra teachers, but with some of the six reserve teachers potentially serving as backup if necessary. Members stressed that that message needs to be made clearer to school families.

Despite promises that the community would get regular updates on the strategy for supporting the school, they hadn’t seen anything, Putnam parent Michael Bellomo said during public comment.

Members were united in feeling that their earlier pleas to address this were still unanswered in the budget, and urged further documentation. They hoped to see more details on how schools are monitored and what elements will trigger intervention. “What are the criteria by which we are going to decide if something needs resources?” member Emily Dexter said. Nolan proposed an amendment that explicitly named Putnam and Haggerty as schools eligible for additional support if needed next year. Instead, members unanimously passed a version altered by Mayor E. Denise Simmons removing the names of the schools “to provide the superintendent with more flexibility.” Still, it was agreed that committee members would take another crack at crafting more satisfying language for Putnam and Haggerty.

Likewise, members Manikka Bowman and Nolan pushed for more details on how Salim will measure the outcomes, finding a memo he sent to members that week still wanting. “These [outcomes] are not measurable,” Bowman said. “We need another iteration,” Nolan said. Pointing to a relatively new program evaluation position, Nolan added that she “look[s] forward to seeing program evaluation in the future budget.”

Dexter, who like others had warm words of support for this budget and noted it held “some things I really like,” also presented a list of things she is “hoping in terms of next year’s budget.”

“I didn’t get enough focus on closing achievement gaps and equity of opportunity across the board,” she said, with support from Harding, Bowman and Nolan. “We still have 25, 35, 45 percentage point gaps in achievement” between population subgroups, she said, despite years of program initiatives. The upper schools, she noted, “have had almost no change” in supports, noting that half of African American eighth-graders failed the MCAS science test. She called for more “commitment to the core function of classroom instruction” and school climate, and less focus on new initiatives, citing a new science curriculum and a teacher initiative “Design Lab” as examples.

Harding and member Fred Fantini asked whether there was adequate funding for Restorative Justice, a conflict mediation program, pointing to emails received on the topic. Emily Schatzow, a psychotherapist and “diversity and inclusion” professional, gave testimony about the importance of Restorative Justice and read a letter from former Cambridge teacher Chris Affleck urging more support. The district’s conflict mediator, Chandra Banks, appeared during public comment March 21 to ask for “more help” for her one-person office.

Asked by Harding, Deputy Superintendent Carolyn Turk said “I do believe we have the right number of people” working in the area, citing four positions: Banks, a program leader for health and special education learning, a “welcoming schools” coordinator, and a lead teacher for social emotional learning. She noted that as of December, 30 high school students had been trained as mediators, and Harvard student interns are also available “when requested.”

Harding asked that high school Principal Damon Smith be “given” the funds necessary to increase circulation of the school’s Register Forum newspaper.

Several members cheered the “open” budget process. “Comparing this budget process to the last one – this is very thorough. I hope that no one could feel that they were left out,” said Simmons, pointing to participation and in “terms of bringing people along” on the issues.

Fantini, Bowman, and budget co-chairs Harding and Kathleen Kelly agreed. “[Throughout] the entire process … we had many discussions where we were really very open with one another,” Kelly said.

Committee members seemingly included Salim’s extensive community and staff outreach via his Entry Plan, run concurrently with budget season. Bowman confirmed afterward that Salim “was instructed [by the committee] to connect his entry planning activities and districtwide planning efforts to this year’s budget activities. He let participants in the process know their input would shape the district in general and inform language in the 2018 budget,” she wrote. This effort, however, is not part of the annual committee budget process.

In addition, committee members also had four roundtables with staff and administration: technology, elementary world language, high school staffing and special education. Under Salim’s leadership, the roundtables were marked by the presence of several department staff and frank discussion, in contrast with Young’s presentations – often short on dialogue, and feeling tightly controlled.

Though open to the public, roundtables were not televised and were seen by only a handful of people; one of them began at 9 p.m., after a regular meeting. Some members have argued that the candid tone was because the meetings were not televised, though they also don’t follow Robert’s Rules of order, which allows freer conversation.

A motion by Dexter to set a date for the committee meeting to complete the superintendent’s evaluation, intended to make certain the work is done on time and that all members can attend, was tabled to find an ideal date. A motion by Harding and Kelly to expand online and print distribution of the Cambridge Public Schools Budget Guide at a Glance was also tabled to allow Kelly to consult with the city on minimizing costs and maximizing outreach.