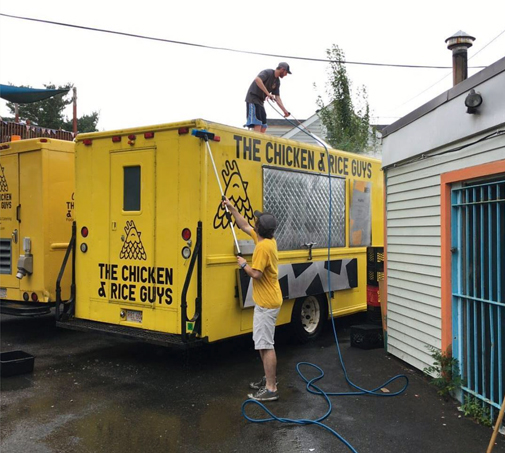 A Cambridge resident is one of 14 people who became ill with an E. coli infection in an outbreak linked to Chicken & Rice Guys food trucks or restaurants, a city Department of Health official said Tuesday. The city’s Inspectional Services Department ordered the company’s two Cambridge food trucks off the road after state health officials notified the city of the outbreak April 11, Inspectional Services Commissioner Ranjit Singanayagam said Thursday.

The food trucks had passed an annual inspection March 23 with no violations, Singanayagam said.

E. coli bacteria can cause diarrhea and stomach cramps and may be life-threatening with serious kidney damage or blood-clotting problems. Ten of the 14 people identified in the outbreak were hospitalized, though none were diagnosed with the most severe effects, according to The Boston Globe, which first reported the outbreak. The infection can be spread through undercooked or contaminated food, or infected workers; the state and several communities are still looking for the current outbreak’s cause.

Most but not all the victims reported eating at Chicken & Rice Guys facilities. At least one ordered lunch from Chicken & Rice Guys through a smartphone lunch delivery app, a lawsuit against the company said. Trevor Bryant of Melrose became ill after eating a meal of grilled chicken and rice with romaine lettuce and pita bread that was delivered to his workplace March 30, the Suffolk Superior Court suit says. He suffered “severe gastroenteritis” and was sick for several weeks, the suit says. It was filed Tuesday.

The Inspectional Services Department usually examines food trucks once a year in the spring, Singanayagam said. In December 2014 the department shut down a Chicken & Rice Guys food truck on the Harvard University campus because it had no hot water, records show. There were also other, less serious violations. Inspectors returned two more times to make sure the company had corrected all the violations, Singanayagam said.

Although the city examines food trucks at least once a year, no inspection reports for Chicken & Rice Guys between December 2014 and last month could be found.

The Chicken & Rice Guys chain, which began in 2012, includes four restaurants and a pop-up in Boston and surrounding cities; and four trucks. 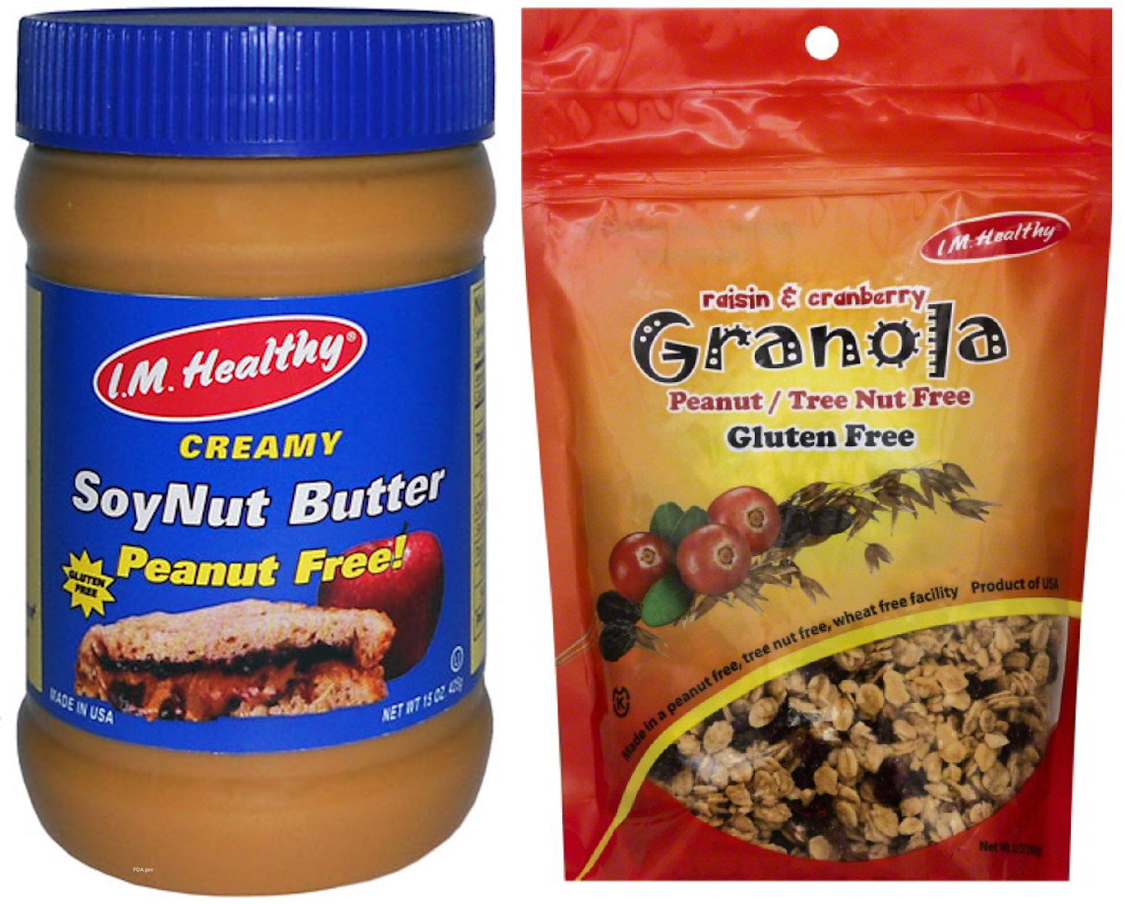 Products of an E. coli outbreak in March.

Cambridge officials also acted in another E. coli outbreak, one that led to a nationwide recall of I.M.Healthy Soy Nut Butter and Granola last month. The products, a substitute option for children and adults allergic to peanuts, were carried in supermarkets here and were briefly served at the Fletcher Maynard Academy public school. They were sold by The SoyNut Butter Co. in Glenview, Ill.

So far, 29 people, mostly children, have become ill. One was a Middlesex County man in his 50s, state Department of Public Health spokesman Omar Cabrera said.

On March 13, Inspectional Services Department inspectors visited 50 retail outlets in Cambridge to see whether any recalled items were on shelves; none were still being sold, operations manager Anthony Tuccinardi said. The department also emailed 70 daycare centers, homeless shelters, senior centers and similar sites notifying them of the recall. “We really banded together to give them warning” about the recall, Tuccinardi said.

Didn’t get the memo

Recall effectiveness can be spotty. The first recall of I.M.Healthy products came March 3; it was expanded March 7 and another brand-name product added March 10 and March 23. The state Department of Public Health notified local government health agencies about the recalls on March 6, 8 and 13, Cabrera said.

Meanwhile, online merchants continued to sell the products. One, Lucky Vitamin, still offered I.M.Healthy SoyNut Butter Thursday on its website – but the product was labeled as being on back order. Lucky Vitamins did not respond to a message left at its phone number Thursday.

The Middlesex County man who got sick bought I.M.Healthy SoyNut Butter online, but Feb. 17 – before the first recall.

Federal investigators have learned that The SoyNut Butter Co.’s soynut products were made by another company, Dixie Dew Products of Erlanger, Ky. The U.S. Food and Drug Administration barred that company from distributing any products, not just soynut butter, on March 27 after inspections showed “grossly insanitary conditions,” where the soynut butter was made. The unsanitary findings included liquid leaking through a roof onto a processing room floor, coatings of old soynut butter on the walls, floors and ceilings, and pallets sitting in water and “covered with apparent mold and filth.”

The FDA has refused to identify other products made by Dixie Dew. Agency spokesman Peter Cassell said Thursday that other products are being tested, but “no other products were made in the same area” where the soynut butter was manufactured.

As for recalls of products sold online, Cassell said “it’s up to the company [that sells the product] to make sure the product comes off the market.”

A recording at The SoyNut Butter Co.’s phone number refers questions about the recall to the Chicago attorney for the company, Richard Perna. His office said he is away until Monday and no one else can answer questions.

There was no immediate response to an email to Amazon’s public relations department asking about I.M.Healthy SoyNut Butter and Granola.