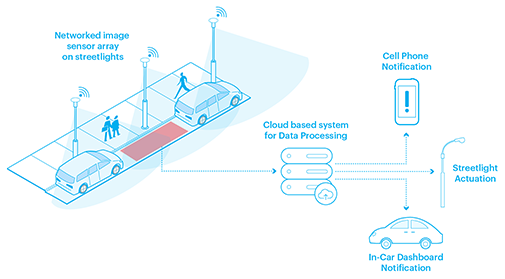 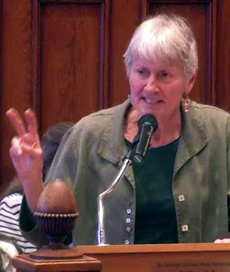 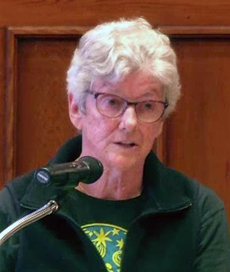 How should Cambridge control digital surveillance technologies by city government? Should the City Council be required to approve deployment of technologies case-by-case, or should it be left to the city manager’s discretion?

At Monday’s council meeting, City Manager Louis A. DePasquale gave his preferred answer: to recommend against requiring surveillance impact reports for the deployment and acquisition of new technologies, be they traffic or security cameras, vehicle counters or other sensors.

At the same meeting, DePasquale introduced a proposal from MIT’s Senseable Cities Lab to deploy cameras and thermal sensors along a one-block segment of Massachusetts Avenue to measure parking use.

In November, Mayor E. Denise Simmons had introduced proposed legislation – “an Act to Promote Transparency and Protect Civil Rights and Civil Liberties with Respect to Surveillance Technology” – developed in consultation with the American Civil Liberties Union. The proposed ordinance would require the council to approve any use of surveillance by the city, along with public hearings and production of detailed surveillance impact reports and use policies for each technology. Proposed ordinance has since been under review by the city’s Law Department, which expects to conclude its final review within “weeks.”

The council had run-ins over surveillance issues with former city manager Robert W. Healy, who took the position that because he was tasked with protecting public safety by the city’s charter, he was technically not answerable to the council on those issues. DePasquale nodded toward that Monday.

“This order tonight did not have to come to the City Council. It is my authority to do it if we chose. I felt with everything going on, the best thing was to present it,” DePasquale said of the MIT lab proposal. “This decision was not made … without really wanting to listen.”

About 20 citizens turned out at the meeting to speak in favor of the ordinance and against the manager’s interim stance.

“Yes, the ordinance would require municipal agencies to report on why they need a particular kind of surveillance equipment, what purpose it would serve, how it would be used, what would be its cost, what would be its potential impact on civil liberties and civil rights,” said Nancy Murray, resident and former longtime director of education for the ACLU of Massachusetts. “But isn’t that precisely what must be done if we hope to function as a democracy and not just be swept into the all-knowing, all-seeing embrace of the national security surveillance state?”

Nancy Ryan, resident and former president of the ACLU of Massachusetts board, highlighted how the Massachusetts Institute of Technology proposal strengthened concerns about the surveillance ordinance. “What is the timeframe? Who is paying for the study? … Who in addition to MIT has access to the data? … The manager’s message offers the disturbing question that insinuates the city would be open in the future to allowing other private entities to put surveillance equipment on the city’s public ways to collect information, and that the primary concern is whether or not we should charge a fee. Privatizing our public ways and infrastructure for surveillance and data collection is a very slippery slope.”

On the surveillance ordinance, Ryan also said “the burden would be on the council to guess or ferret out any possible overreach of surveillance equipment about which they are totally unaware.”

Councillor Craig Kelley attempted a comprehensive surveillance policy in 2013, and felt the council would need an extensive study to do better.  “I think last time we tackled cameras I had six public safety meetings,” Kelley said. “And we still [didn’t] get to an answer.”

“We do believe there are issues that would really cause us problems in doing some of the routine stuff we do every day,” DePasquale told the council about the proposed ordinance.

City Solicitor Nancy Glowa said the requirement to do impact studies with demographic information “gets into fairly broad analysis that might even be beyond the capabilities of many of the current city department structures.”

Councillors seemed skeptical of the Law Department’s initial take, but said they were prepared to wait for its more detailed analysis. The manager’s report was placed on file, with vice mayor Marc McGovern confirming that the council would be receiving more detailed comments from staff in the coming weeks.

A proposal from MIT’s Senseable Cities Lab would deploy cameras and thermal sensors along a one-block segment of Massachusetts Avenue to measure parking use.

Researchers from the Massachusetts Institute of Technology attended the meeting to present their proposal.

J. Ricardo Alvarez Felix said his lab works to “try to understand how technologies are going to change our cities,” and although the institute is in Cambridge, “sometimes we don’t do enough here.” Alvarez said that the lab’s proposal was focused on evaluating how efficiently parking was used, and was the result of discussions with city officials.

According to an application approved by MIT’s institutional review board, the researchers would deploy “wireless signal sniffers, thermal and digital cameras” and would use very “wide-angle optics in order to have a large spatial capture that doesn’t focus on specific details of persons and scene elements in order to aid anonymity.”

A separate proposal document shows the location of five cameras next to the Novartis campus on Massachusetts Avenue, and indicates the cameras would be 1600×1200 with an 89-degree field of view.

The research is sponsored by Philips, the international electronics giant.

Alvarez said he had not prepared photosimulations showing what the cameras would be able to capture, but said it would be a good idea to do so.

The council referred the lab’s proposal for a committee hearing but seemed favorably inclined toward it, assuming sufficient information was available about its details.