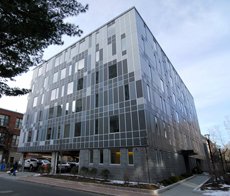 Facing a $1.6 million to $1.7 million shortfall in federal funding for a popular program that helps poor families rent apartments, the Cambridge Housing Authority has devised a complicated strategy to avoid cutting off people who already hold rent vouchers.

But the help for current recipients will come at a cost to applicants now on the Authority’s waiting list for public housing and for vouchers, agency executive director Michael Johnston acknowledged Wednesday. They will have to keep waiting despite expected vacancies in housing developments and vouchers that become available.

The agency’s budget gap became clear after Congress approved a federal budget last week for the rest of this fiscal year, ending Sept. 30. Although the shortfall wasn’t as big as the agency expected originally – $3.2 million – federal aid for the Section 8 rent voucher program will still leave the Cambridge agency with less money than it needs. Under Section 8, poor families and individuals pay 30 percent of their income to rent apartments from private landlords and the federal government pays the remainder of the rent up to a preset limit.

The plan approved Wednesday calls for the local agency to offer newly renovated apartments in public housing to families now renting apartments outside the city with Section 8 vouchers. If the families move back to Cambridge and into public housing, they will be covered by a different kind of rent voucher, one tied to the apartment instead of to the family.

The agency is rehabilitating its entire public housing portfolio under the Rental Assistance Demonstration program, which uses project-based vouchers to pay operating costs. And those vouchers require less federal aid because their rent subsidy limits are lower.

In short, if the strategy works, families will exchange their more expensive tenant-based Section 8 certificates for project-based rent vouchers attached to public housing units. What happens to the vouchers the families give up? “That voucher is going to sit in a drawer,” Johnston told agency commissioners.

“We’re getting cut,” he said. “If I can get some of these voucher holders [outside Cambridge] to come back and use RAD or another project-based voucher, we will save dollars.”

As Johnston said, filling public housing vacancies with families that already hold rent vouchers means people on the waiting list won’t get in. Johnston defended the decision, saying the Authority approved a special program two years ago to offset an earlier waiting list freeze. The agency said it would initially offer up to 250 rent vouchers to waiting-list households. The program was more successful than anyone expected, with 330 low-income families and individuals on the waiting list able to rent an apartment with a voucher, agency officials reported last month.

The report on that program challenged some long-held beliefs about the voucher program. For example, officials have said families leave Cambridge because rents are so high that voucher recipients can’t find a place here that meets subsidy limits. But families that moved to other communities were sometimes living in higher-rent apartments on average than Section 8 rents in Cambridge.

For example, the average rent for voucher holders in the program who rented a two-bedroom apartment in Cambridge was $1,653 a month. It was $1,672 in Boston; $1,671 in Somerville; $1,750 in Melrose; and $1,800 in Allston. A three-bedroom apartment in Lynn, on average, rented for $2,255 compared with $1,800 in Cambridge. Commissioners were amazed; some theorized that Cambridge’s affordable-housing programs kept Section 8 rents here lower than in surrounding communities. But the figures for Cambridge didn’t include voucher recipients who found units in inclusionary housing developments, which would have lowered rents even more.

Meanwhile, in the voucher-switch program approved by the agency board Wednesday, the Section 8 certificates that will go “in a drawer” – unused – means people on the Section 8 waiting list won’t get one. In addition, the agency will not activate another 30 vouchers that were assigned to programs serving homeless people and other “special populations” but were unused, Johnston said.

A total of 751 voucher holders live in surrounding communities and will get an offer in the next several weeks to move into public housing in Cambridge, Johnston said. The apartments probably will become available starting in September, he said.

As of now, 2,447 households have tenant-based vouchers, Johnston said.

The agency’s board approved the money-saving program with no discussion; no tenant representatives commented at the meeting. Johnston said CHA sent the policy proposal to tenant groups and to Cambridge and Somerville Legal Services, which represents low-income tenants. No one from the law group was at the meeting, but Johnston said a lawyer for the program had asked what would happen to the vouchers given up by families that agree to come back.

This post was updated May 15, 2017, to clarify that no tenant representatives commented at a meeting; previously the story said none had attended.