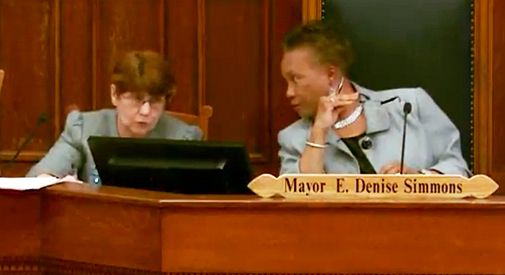 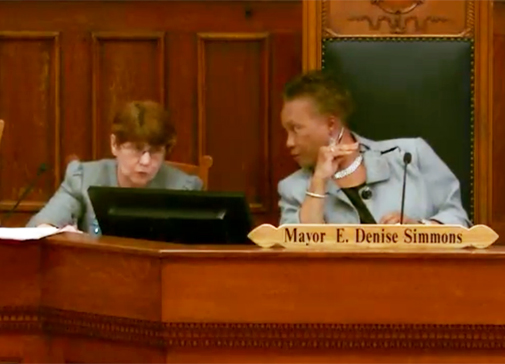 Basic parliamentary procedure appeared to defeat the City Council once again Monday, when an attempt to amend a policy order and table it required four separate votes, one of which seemed to pass the order, although that appeared to be no one’s intent.

Councillor Nadeem Mazen had introduced the order, requesting the city create a program to foster charitable giving and to help estimate its charitable giving capacity. The order came in response to a discussion of the recently concluded multiyear Cambridge Needs Assessment determining how to spend “community benefits” money paid to the city as mitigation for large development. It was an outgrowth of a discussion from the April 25 Finance Committee meeting that discussed the assessment.

The order came to the floor at 6:36 p.m., and Mazen explained he had wanted to revise it to include the Cambridge Community Foundation, but also that he intended to table the order for a few weeks to allow more local nonprofits to join the conversation before passage. The council voted to approve Mazen’s amendment – the first vote – and began discussion.

Mazen, Marc McGovern, Jan Devereux and Dennis Carlone all discussed the importance of the assessment and capacity research: “I think it’s a great idea, and happy to be a part of it,” McGovern said.

Mazen had asked to add McGovern, Devereux and Carlone as co-sponsors. The council approved that amendment, the second vote, at 6:46 p.m.

“On the policy order – as-amended?” said Mayor E. Denise Simmons, calling for a vote as if to pass the policy order instead of tabling it. Mazen raised a concern, Simmons spoke quietly to City Clerk Donna Lopez, and then said: “I thought I was correct. We have to take a vote on the order as-amended. And then you vote to lay it on the table.”

Simmons was wrong. To vote on a motion “as-amended” is to pass the motion. Nonetheless, the council took this third step by voice vote at 6:46 p.m.

And then finally voted to lay the motion on the table: “On placing on the table? All those in favor say aye. Opposed? Ayes have it and the matter is placed on the table,” Simmons said at 6:47 p.m.

The council’s website merely shows the order as “Tabled as amended by substitution on a motion of Councillor Mazen.”

This isn’t the first time the council has gotten confused on basic parliamentary procedure.