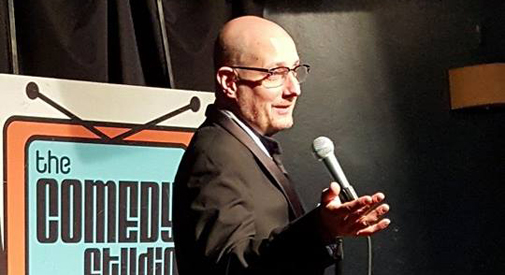 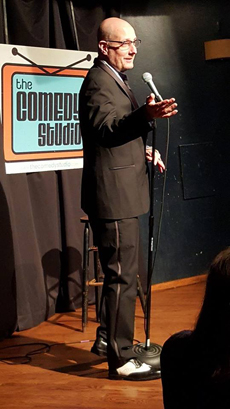 Harvard Square’s Comedy Studio is cutting back its schedule, going to four days a week – losing Wednesday to run shows only Thursday through Sunday.

The issue: rising rents. The Comedy Studio is in the third floor of the Hong Kong Restaurant at 1238 Massachusetts Ave., which is exploring an increase, said the club’s founder and manager, Rick Jenkins.

“They’re saying they need more revenue, so we’re going to try to get sales up this summer and sit down with them and see how much they need to raise it,” Jenkins said. That meeting is set for mid-July, and “right now we’re just trying to do really good shows.”

Fridays and Saturdays already sell out, and the club will work on getting Thursday and Sunday numbers up, he said. Raising the cost of admission is also a possibility; weekend prices went to $15 in September 2015 after at least a decade at $10.

The Mystery Lounge, which operates in the space Tuesdays, is talking with the Hong Kong separately, Jenkins said.

It’s not the first time the club has faced uncertainty. In 2004 and 2008 there were fears the studio might shut down; each time, coincidentally, comedian Louis C.K. called and asked to perform for a week, packing the house and exploding sales.

Denise Jillson, executive director of the Harvard Square Business Association, said the Comedy Studio and Mystery Lounge had been unique offerings in the square – “fun and funky things you wouldn’t expect to see at the Hong Kong” – but possessing almost more of a hometown “cult following” that suggests that the 10 million or so tourists that come through the square annually are missing out.

Having been contacted by the Mystery Lounge’s Bob Riordan, Jillson said the business association is exploring whether there might be another local home for the comedy and magic nights. “With both of those kind of fun destination entertainment cultural activities gone, it just makes the square a little less interesting,” Jillson said. “To the extent we can keep that from happening, we would like to. We’re really trying to keep them here.”

The Hong Kong was called for comment, but owner and manager Paul Lee was not on the premises.

Jenkins expressed hope that the negotiations would have a good outcome.

“The Hong Kong’s been here for 54 years, we’ve been here 21 years. We should be able to make this work out for the square,” he said.

The Comedy Studio is at 1238 Massachusetts Ave., Harvard Square. Its website is here; the website for The Mystery Lounge is here.