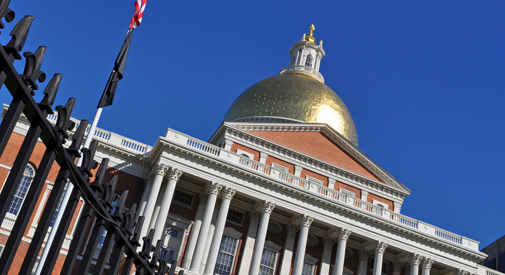 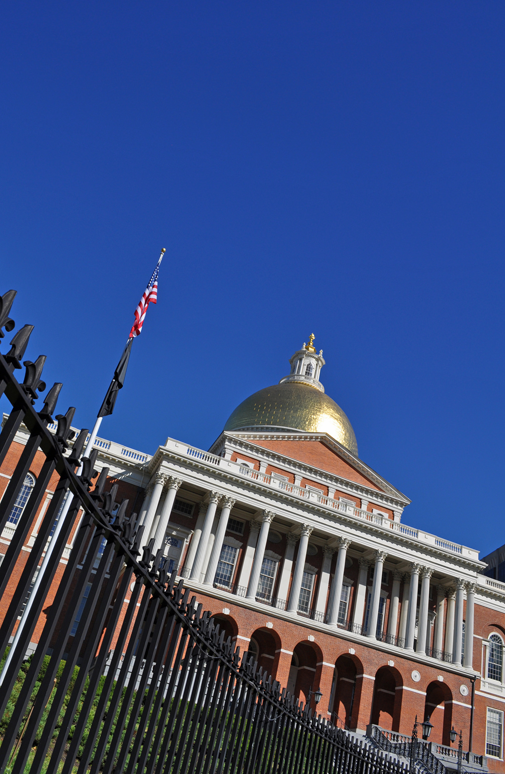 A bill on Massachusetts prisoners building a border wall with Mexico was heard Wednesday at the State House in Boston. (Photo: Harshil Shah)

The Bristol County sheriff’s plan to send prisoners to help build a wall on the U.S. border with Mexico took a hit Wednesday in the state’s House of Representatives, while a bill making Massachusetts safer for undocumented immigrants by blocking funding for federal-level immigration enforcement has been postponed indefinitely.

Representatives on Beacon Hill indicated disapproval of Bristol County Sheriff Thomas Hodgson’s plan, 120-35. Hodgson announced the idea in January, saying it would help teach prisoners a trade and serve as powerful symbolism that they were “building a wall to prevent crime.” Opponents called it inhumane.

The bill now moves to the Senate.

Passage was significant because it shows “the first concrete step our Legislature has taken to respond to the Trump administration in general,” Connolly said, as well as responding to the “absurd provocations” of Hodgson.

“Our focus should be on education and reentry [from prison], not what Hodgson has proposed – sending inmates hundreds or thousands of miles away and using them effectively as servants,” Connolly said.

House Republicans said the bill needed more study before passage, citing unintended consequences from saying prisoners wouldn’t be used as an out-of-state work force. Shawn Dooley, a state representative from Norfolk, said the bill would also prevent prisoners from helping in recovery from “a second 9/11” or even if there were flooding in neighboring Rhode Island. “Why tie our hands?” Dooley asked. “Let’s take the time. There’s no sense of urgency.”

Most opponents’ arguments were technical, and at around 4:30 p.m. a final vote after clearing away amendments showed they hadn’t swayed many supporters.

Emmanuel “Manny” Lusardi, a Cambridge resident who serves as liaison for immigrant affairs to the office of vice mayor Marc McGovern, called the bill “common-sense, no-brainer legislation designed to stop those in law enforcement from condemning and forcing many people to a life building a wall designed to promote nothing but hate.”

But the bill called “An Act relative to enforcing federal law,” which puts the costs of enforcement fully on the federal government to effectively end deputization of state workers for federal priorities, now goes to the House Ways and Means Committee instead also getting an expected Wednesday vote. Though supporters went into session with hopes of getting it passed along with the prison-labor bill, “we came to find that there just wasn’t enough Democratic support,” Connolly said. “We remain hopeful we can get it done.”

It is supported by many in the legislative delegations from Cambridge and Somerville, which are sanctuary cities, though the written policy of Cambridge’s police department gives officers more leeway than some realize to cooperate with Immigration and Customs Enforcement officials.

Many of the same officials opposing Hodgson’s plan signed on as backers of this bill. Rogers is not included, but state Sen. Sal DiDomenico is listed as a supporter.

Some have described the legislation as making Massachusetts a “sanctuary state” as part of the Safe Communities Act, which also spells out opposition to a “Muslim registry” and demands due process for detained immigrants.

Connolly drew attention to a 10 a.m. to 3 p.m. June 9 hearing on the Safe Communities Act that he said had drawn “remarkable” interest. It will be held at the State House, 24 Beacon St., in Boston’s Beacon Hill neighborhood.