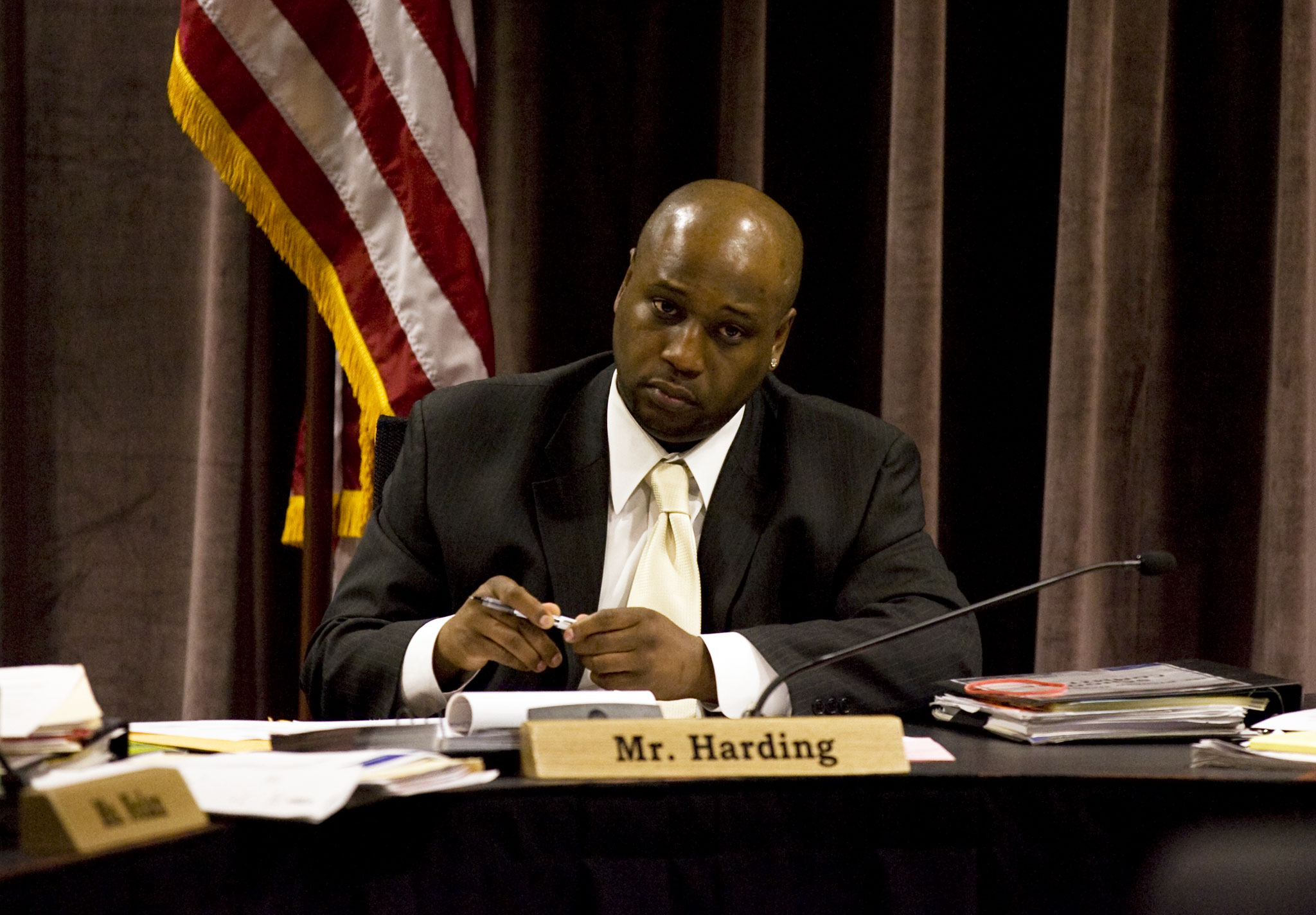 Richard Harding, a longtime member of the School Committee, is running for City Council this year.

In this year’s field of 26 candidates running for City Council and 12 for School Committee, determined Monday as the Election Commission ended a monthlong filing period, there are a couple of late-developing surprises: Current committee member Richard Harding, who took out papers for both committee and council, turned in signatures for a City Council run only.

And four-term city councillor Leland Cheung has decided not to run for reelection.

That makes for three seats on the council open – guaranteeing three new faces on the council in the new year – and one on the School Committee. (According to the Election Commission, Harding could have run for both offices, but serve in only one.)

Cheung is not the only candidate to take out nomination papers but not submit signatures to the commission. Five challengers also decided against running: Michelle Lessly, David Stern, Paul Mahoney Jr., Curt Rogers and Christopher Kosinki.

Shape of the race

That makes this pool of candidates the largest since 1993, but not near the largest Cambridge has seen. In 1941, there were 83 candidates running for City Council; races with candidates numbering in the 30s were not uncommon in the 1950s and 1970s.

With incumbents David Maher and Nadeem Mazen opting out of runs for reelection before Cheung, that leaves six incumbents running and 20 challengers – including Hari Pillai, the only new name to take out nomination papers and file signatures since mid-July. Pillai is a Cambridgepark Drive resident who works as an analyst for Deloitte, according to his LinkedIn profile.

Cheung began political life as a Republican candidate for a House district in Virginia in 2005, but said he found his ideology was more naturally on the Democratic side of the aisle. After moving to Cambridge and working in venture capital, he was pursuing master’s degrees at Harvard’s Kennedy School of Government and at the MIT Sloan School of Management when first elected to the City Council in 2009.

Cheung squeaked onto the council in 2009 with 756 No. 1 votes but swept to reelection in 2011, topping 1,974 ballots to become the night’s biggest vote-getter – surpassing the next closest candidate’s vote total by almost 20 percent – and repeated the feat in 2013. In the most recent council elections, he was seventh in terms of No. 1 ballots in the city’s form of ranked voting. He made attempts for mayor and an unsuccessful bid for lieutenant governor in 2014, followed by an attempt last year to unseat state Sen. Pat Jehlen in the Second Middlesex District serving includes Somerville and Medford and parts of Cambridge and Winchester. He won only 20 percent of the vote in a primary.

In May 2016, as geared up for his run against Jehlen, he indicated that a loss might return him to venture capital, a move that would be welcomed by his wife. Cheung could not be reached for comment Monday evening, but sent a letter he planned to email to supporters early Tuesday. It reads, in part:

“These past eight years of public service have been exciting, productive and professionally rewarding, but also demanding. Doing the job, the way I aspire to do it, is an all-consuming affair. Elected office demands more than just 40 hours a week. More than 80. It keeps you constantly on call. It demands your nights and weekends. Nowadays, however, my nights and weekends belong to my wife, my 3-year-old daughter Lela Marie, and my 3-month-old son Alexander Alpha. Quite frankly, I cannot be wholly present at a community meeting if all I’m thinking about is going home to play on the rug. Life is short, and I want to spend these next few years devoting my free time to my kids.”

“The temptation to remain in public office is that there is always more work to be done,” Cheung said, before giving thanks for voters’ support over the years. “I won’t stop moving issues forwards until my term is over. However, I rest assured that the future of Cambridge is bright.” 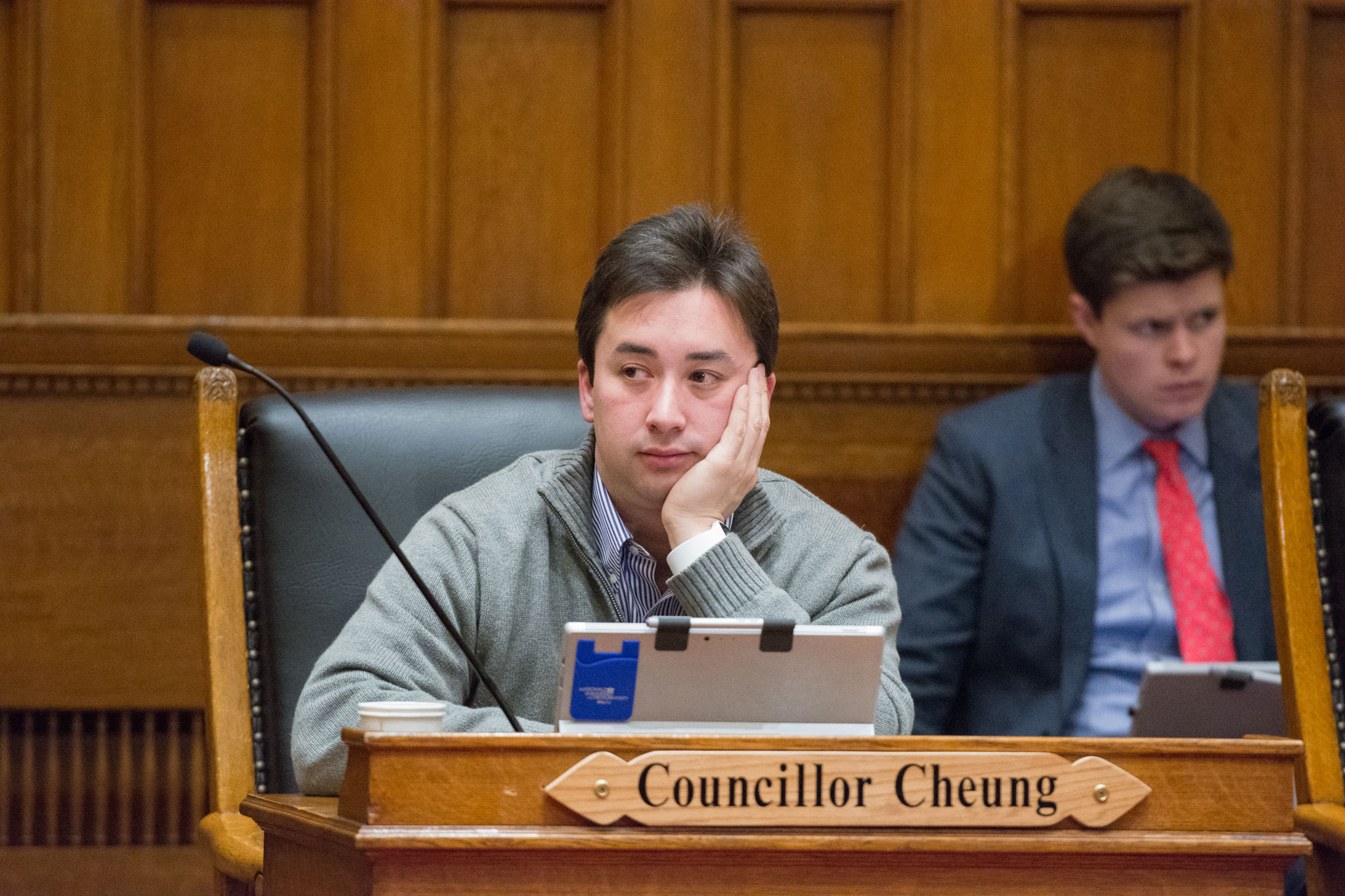 Harding has run for School Committee in every election since 2001, and was elected each term except 2007-09.

This is the first time he has run for council, though he has taken out papers for a council run before. “I was prepared to do this three terms ago, but the timing is now,” Harding said. “I didn’t see any of the potential candidates as being as fit or qualified as me to unite the community on issues we all care about and fight for the basis of all that is good in Cambridge.”

“I think it’s a precipitous moment for the city of Cambridge. The community is changing – there’s a lack of respect for indigenous Cantabrigians whose blood, sweat and tears have made this city great, and I see a disconnect between lifelong residents and newer citizens,” Harding said.

Former city councillor and mayor Ken Reeves said he’d urged Harding to run for council, where he could served as a bridge between “old Cambridge and new Cambridge.”

Candidates had the month in which to gather at least 50 (but no more than 100) signatures from eligible voters supporting their nomination. The Election Commission is due to certify the final signatures by Aug. 14, although most of the candidates had more than 50 signatures provisionally certified well before the deadline.