The week in music, from Districts’ alt rock to an exploration of failure by Julian Velard 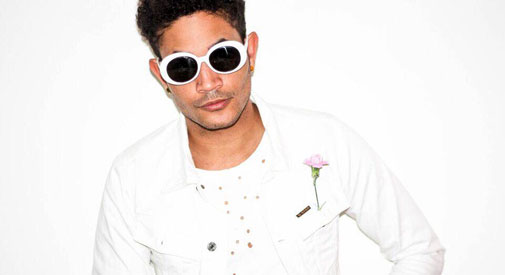 The week in music, from Districts’ alt rock to an exploration of failure by Julian Velard

The Districts are an alternative rock band formed in 2009 in Pennsylvania with a “visceral, genre-blurring” sound on good display in on their 2015 debut with Fat Possum Records, “A Flourish and a Spoil.”

Famed session guitarist Duke Levine and his backing band bring a mix of blues, R&B, jazz and rockabilly, allowing Levine’s genre-spanning guitar skills to shine through. Levine’s lead playing is measured, soulful and precise. The band is touring behind its latest release, “The Fade Out.”

Bryce Vine is an alternative rapper and vocalist from New York City – one of the top ascending rappers in the country. His songs combine catchy melodies, witty lyrics and driving beats.

Restless Streets are a hard-rock group from Albany, N.Y. The band infuses many influences, including a pop-punk sound similar to The Story So Far, Transit and Four Year Strong. The five-piece band says it “creates their sound as an extension of their own personal lives and experiences.”

Singer-songwriter (and sometime musician on NPR’s “Ask Me Another” game show) Julian Velard is commemorating the release of his fifth record, “Fancy Words For Failure,” with this special album-release show. The pianist/singer confronts themes of failure, disappointment and melancholy in his latest release, available now on Spotify, iTunes, Google Play and Bandcamp.