‘Wind River’: Violence on the reservation brings peacekeepers struggling with past 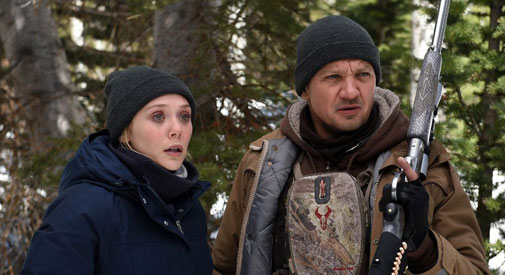 ‘Wind River’: Violence on the reservation brings peacekeepers struggling with past

Taylor Sheridan, the screenwriter behind “Sicario” who garnered an Oscar nod for “Hell or High Water” last year, gets back in the director’s seat (he helmed a “Saw”-esque flick in 2011 called “Vile” that you might have missed) for “Wind River,” a crime thriller set high in the Wyoming wild. Much like “High Water,” the landscape and desolate character of the setting becomes a central player in the action – and there’s oil to be had as well. 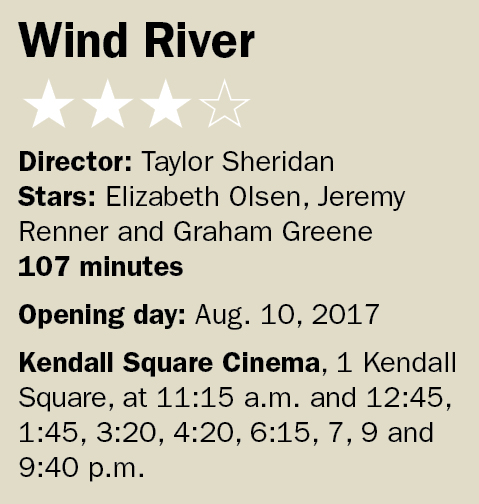 Jeremy Renner stars as Fish and Wildlife officer Cory Lambert, who gets enlisted by FBI agent Jane Banner (Elizabeth Olsen) to help solve the murder of a young Native American woman (Kelsey Asbille) on an Indian reservation. They’re assisted by the local sheriff (Graham Greene), who has ties to the native community. From Florida and unfamiliar with Native American traditions, Banner couldn’t be more of a fish out of water, and she’s also got that wet-behind-the-ears, can-do gene that made Clarice Starling so indelible in “The Silence of the Lambs.”

What drives “Wind River” isn’t so much the present action but the heavy backstories the characters carry, which burn with real, raw emotional palpability. Lambert, married to a Native American, lost a daughter due to negligence – he’s haunted by not knowing the full details – and saw his marriage dissolve because of it. The weight of that resonates in the tired creases of Renner’s face and becomes Lambert’s unenviable yet natural bond with the victim’s father (Gil Birmingham, whose rendering of parental despair is heartbreaking). Then there’s the plight of the native population ground down by alcoholism, drug addiction and broken dreams, an ensnaring downward cycle on sharp display.

Bodies pile up, and the narrative cuts back on itself smartly and seamlessly as Lambert and Banner get closer to the truth. The scenes of rape and murder are brutally graphic, yet serve to illustrate the depths of disregard when humans get blinded by rage, desire and pack mentality. The issue of racism gets explored as well as in the deep, snow-covered heart of the reservation and oil-drilling site, which is guarded by imported security forces; as the screw turns, the sense of law and order there become a wispy notion. “Wind River,” like “Hell or High Water,” ultimately becomes a Western in construct, with Renner’s reluctant Lambert something of a “Shane”-like last barrier. The combination of character, setting and weave makes well-known tropes fresh and new.