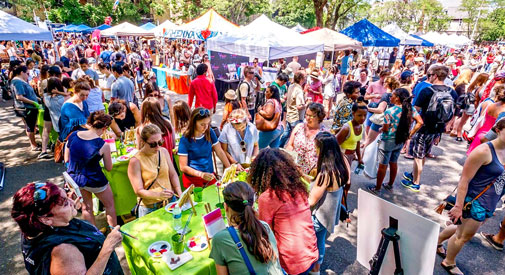 The 2017 Massachusetts Independent Film Festival from 4 p.m. to 10:30 p.m. Friday, noon to 9 p.m. Saturday and noon to midnight Sunday (include the afterparty and awards) at The Brattle Theatre, 40 Brattle St., Harvard Square. Ticket options include one-day blocks for $10 in advance, or $12 at the door; full-day passes at $27 for Friday or Sunday and $36 for Saturday; and passes to the full three-day festival for $80.

The Massachusetts Independent Film Festival, launched in 2011, calls for regional, national and international independent filmmakers with films of all sorts (and lengths). Some screenings to look out for include the shorts “Le Risque Zero,” in which a baby negotiates his forthcoming birth from within the womb, and “Killer Spacemen From Outer Planet X,” which is just what it sounds like. Feature-length films include “Shut Up Anthony,” a mumblecore comedy about a man stumbling through life (and talking too much), and “Sundown,” a comedy about living with dementia. A panel discussion on screenwriting is Saturday at The Democracy Center. Information is here. 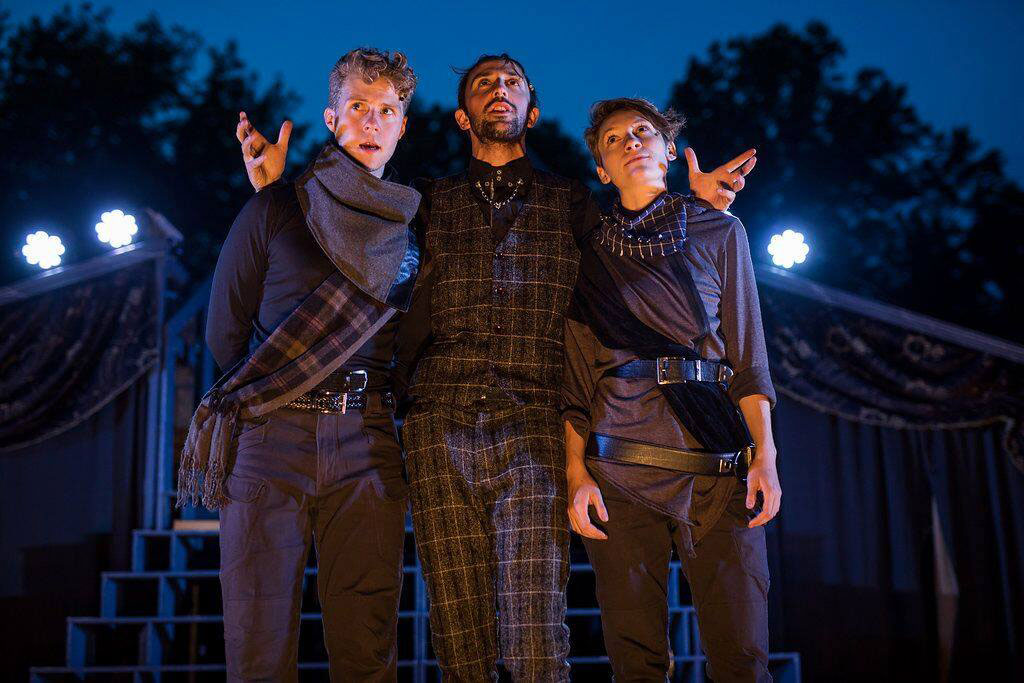 The Brown Box Theatre Project and director Kyler Taustin are bringing this Shakespeare production all over Massachusetts (and to Maryland, Taustin’s home state) in pursuit of the company’s goal of making the performing arts accessible to “the widest possible audience.” This ambitious production hits the notes you expect of this tragic play, giving a raw and unforgiving examination – in Brown Box’s words – of a treacherous political landscape and one prince’s struggle with the weighty consequences of action, inaction, pain, numbness and the ever-terrifying unknown. There’s murder, treason, intrigue and betrayal to be had – for one night, before the play moves to Hopkinton and Fort Point. Information is here. 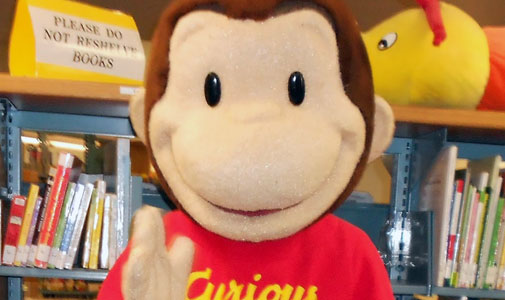 Kids get to hear a story told live and meet Curious George in person at this educational business’ free event for all. Light refreshments and educational activities for children and families will be provided. (The image above is from a Curious George visit to the Irving Schwartz Library in El Paso, Texas.) Information is here. 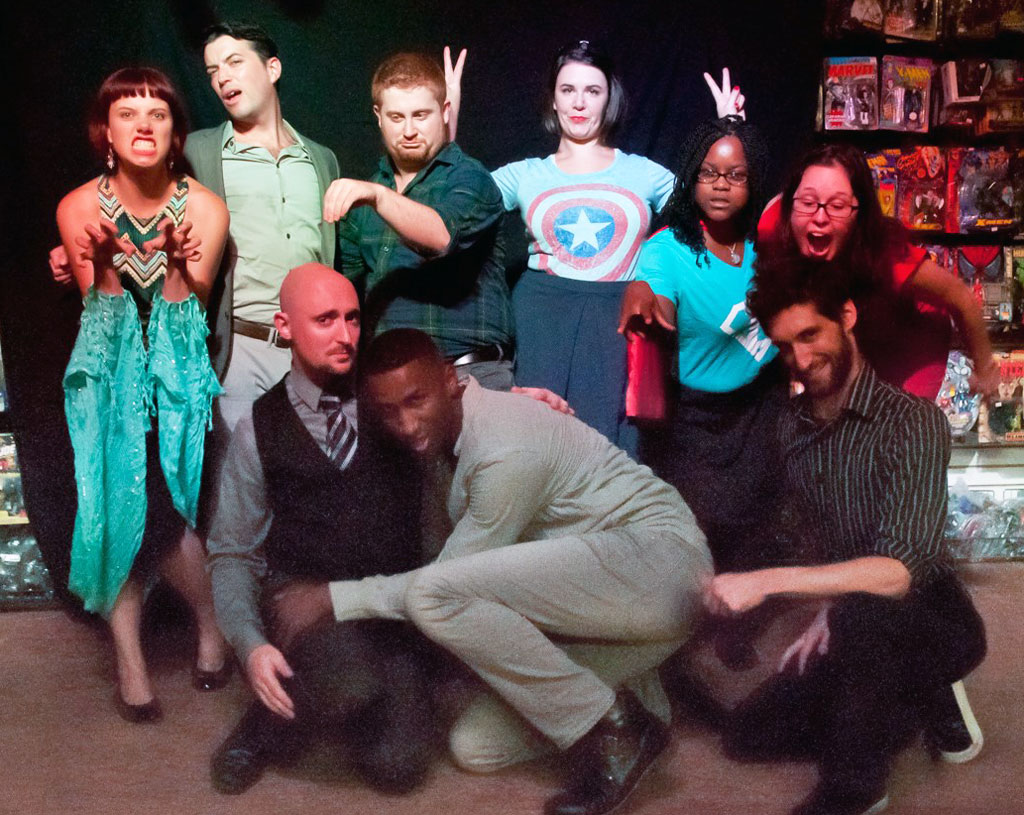 ComedyCaziclysm from 8 to 10 p.m. Saturday at Comicazi, 407 Highland Ave., Davis Square, Somerville. Tickets are $8 in advance, or $10 at the door.

This is as delightfully nerdy as comedy gets – the five-year-old improvisational ComedyCazi troupe of Caitlin Donnelly, Tim O’Brien, Jonathan Lang, Rachel Spannuth, Danielle Cromartie, Caitlin Baker and Alex Lang was born of love for comic books, Saturday-morning cartoons and live theater, with each show paying tribute “to that unforgettable, violent children’s programming that totally had no lasting effects.” And the comedy all takes place in a comic book store. On this anniversary night (recommended for mature audiences) teen detectives, super-powered bar staff and space adventurers traverse time and space on a quest to save reality itself. Information is here. 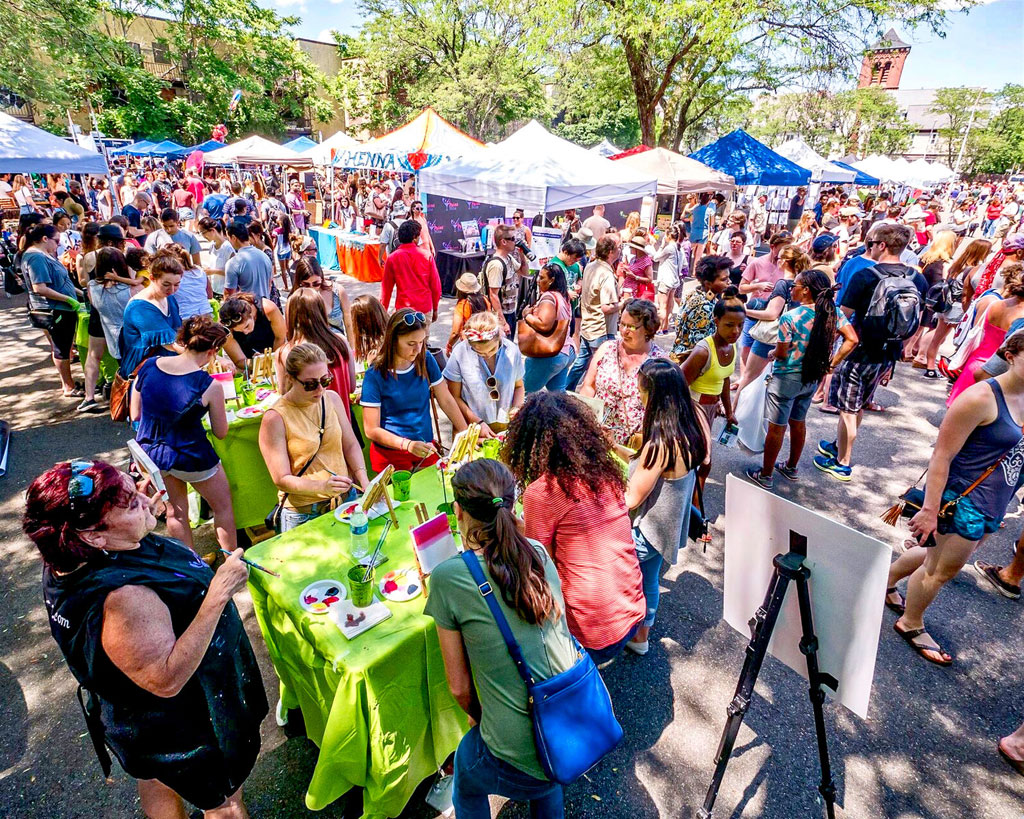 There are 45 vintage and antique vendors, 60 artists and designers, 20 import and fair trade vendors, 20 specialty food vendors and 10 food trucks as well as live music, graffiti art and community nonprofits at this giant, new flea market intended as an ode to the roots of Central Square. It’s held the last Sunday of the month through October. Information is here.