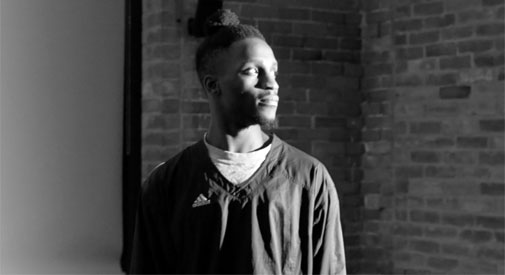 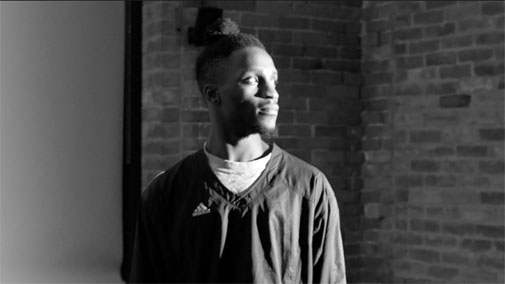 Dancer and choreographer Junior Cius is the focus of the short film “Junior” by Lucy Bent.

Student films from Cambridge and as far away as Australia, Canada, China, India, Mexico, Netherlands and Portugal are among 20 showing next month at the seventh Arlington International Film Festival.

This year the festival’s Student Filmmaker Awards Program is sponsored by local news sources Cambridge Day, YourArlington.com and MedfordTop10.com. The youth shorts range from hand-drawn animation showing how a circus leader works with a group of clumsy clowns and science fiction made from NASA image archives to a look at South Boston gentrification and violence against African Americans in Baltimore teens’ “After Freddie Gray: What Now?”

The Cambridge entry is “Junior,” a five-minute documentary by Lucy Bent made for CCTV’s Youth Media Program. In it, Bent talks with dancer and choreographer Junior Cius about his motivations as an artist.

Since being held briefly in Kendall Square, the festival has returned to Arlington – specifically to the Capitol Theatre, 204 Massachusetts Ave., in East Arlington, from Oct. 26-29.

But Cambridge hosts the festival kickoff: The New England premiere of “The Promise” (2016) by director Zeljko Mirkovic, a documentary out of France, Belgium and Serbia that follows a French family’s move to a poor, nearly deserted village in a remote stretch of north Serbia once known as a prosperous wine region. In the film description, they believe they have found a promised land for growing grapes and winemaking, but face a village population of distrusting seniors with archaic habits and the challenge of convincing French sommeliers that superior wine can be made in an unknown and problematic area.