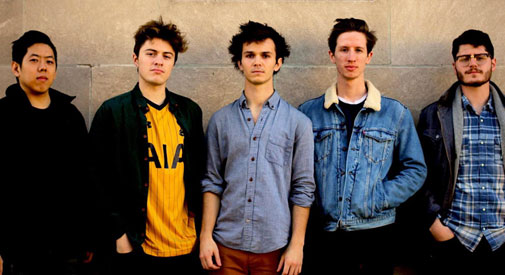 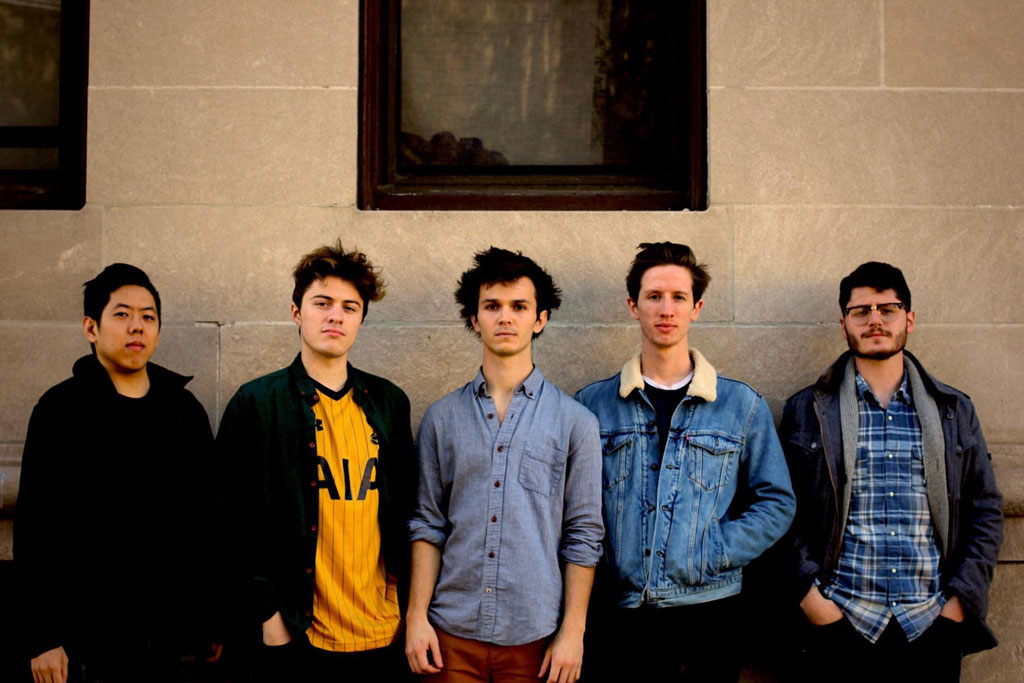 Morningbird looks like any other twentysomething indie band. It’s the infusion of classic rock in its sound that makes it stand out.

“We didn’t know a lot of people actively listening to Queen,” said keyboard player Max Challis, who said his affinity for classic rock was born out of a love for songwriting that he didn’t feel was reflected in modern popular music.

“Real drums, real guitar, real bass. What’s so hard about that?” he said.

It’s not that modern influences are missing from Morningbird’s music.

Challis’ use of big, sweeping synthesizer sounds is reminiscent of alternative bands such as Bleachers, and more than a hint of contemporary artists including John Mayer, Gary Clark Jr. and John Frusciante shines through in co-founder John Cattini’s blazing, eclectic guitar solos.

Morningbird performs “Time Will Fade” at The Red Room @ Café 939 in October in this video by John Caruso:

“We do love that new modern stuff,” Cattini said. “We’re going for … production value, but aiming to write good songs that you can play with an acoustic guitar and make you think, ‘That’s a good song.’”

The combination creates a sound unlike most current young bands. In any given song, synthesizer swells, carefully layered guitar parts, angelic vocal harmonies and the cutting blues-rock tone of John Cattini’s lead guitar meld to form a sound that is often a collision of the 2010s and the classic rock of the 1970s. Songs such as “It Takes a Woman” just ups the era’s reverb with a Freddie Mercury-esque four-part vocal harmony.

The band began when Cattini and Challis met at a five-week summer music program at Berklee College of Music in 2012 and, for fun, recorded an album in their Berklee dorm room. They thought the songs had potential.

The lineup was set just last year as the duo enlisted guitarist Isak Kotecki, bassist Connor Frawley and drummer Ian Ho. The full band began recording new tracks in late 2016, and the sessions became the band’s first album, “Only Believe in Love,” to be released Thursday.

As expected with a bunch of Berklee grads, there’s a lot of technical proficiency, though Morningbird strives to make music for people rather than for musicians. Kotecki called their songwriting philosophy a “counter-reaction to Berklee.”

“I’d rather appeal to my neighbor who knows nothing about music than my neighbor in my dorm,” Cattini said. 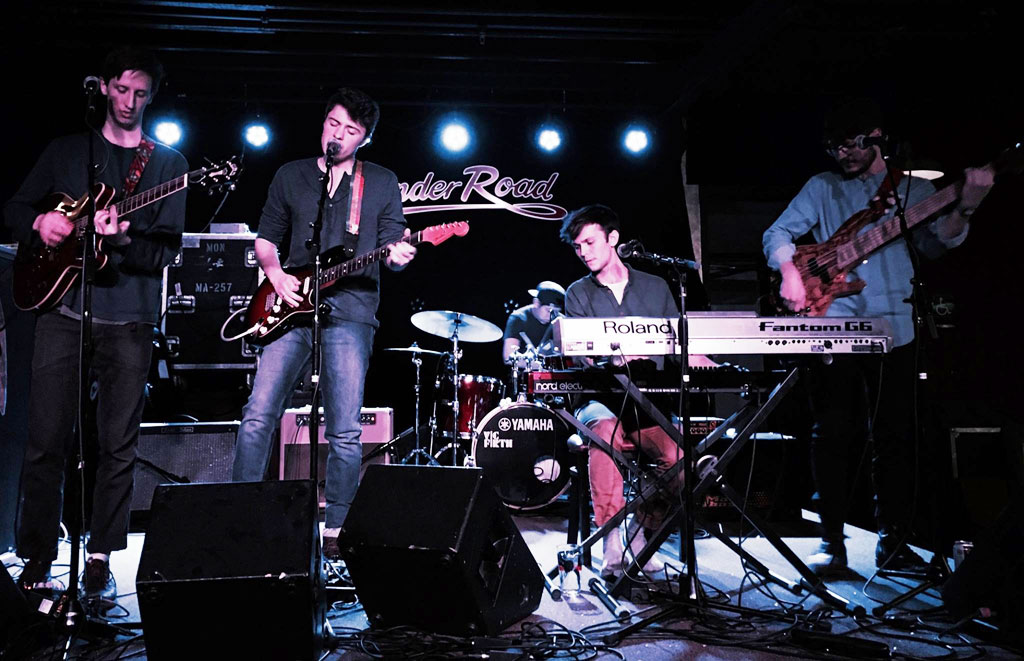 Morningbird performs at Thunder Road in Somerville’s Union Square on May 11. (Photo: Morningbird)

The five-piece is still learning to adjust its songwriting process to incorporate everyone’s ideas. Though the newer members “bring our own little flavor,” Kotecki said, the core of Morningbird’s work usually start with the chemistry Cattini and Challis developed over the years. 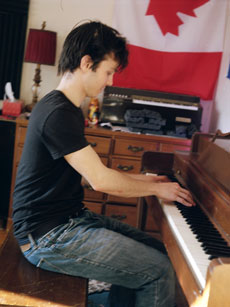 Morningbird keyboardist, lead vocalist and songwriter Max Challis during the “Only Believe in Love” sessions in 2016. (Photo: Morningbird)

Cattini gave an example of one of the band’s new tracks, “Born To Lose You,” which he wrote as a somber, downtrodden piece. He showed the song to Challis, who suggested they “kick the tempo” and juxtapose sorrowful lyrics with upbeat music. Cattini says the final arrangement “came together over time with influences from everyone.”

It wasn’t until after the “Only Believe in Love” recordings were finished that Morningbird played its first show as a full band, in October.

Since then, the band has played gigs around Cambridge, Somerville and Allston, including at Thunder Road and The Plough & Stars. In July, the band traveled on a short road trip to New York City, playing at Rockwood Music Hall and The Bowery Electric.

And there’s more recording underway, with a next EP slated for release in late 2017 or early 2018.

Frawley said the band’s immediate goal is to “play the biggest shows possible,” but before Bonnaroo and Lollapalooza comes a determination to keep sight of what’s important to the members. Rather than trying to hit it big, Cattini said, the band just hopes to “create a loyal fanbase of people that are invested in what we do.”

“All the good stuff will follow as long we stay true to the music,” Cattini said.

Morningbird celebrates the release of “Only Believe in Love” with a show at 9:30 p.m. Sept. 7 at Hennessey’s, 25 Union St., Boston. The bill includes headliners The Dingo Babies.