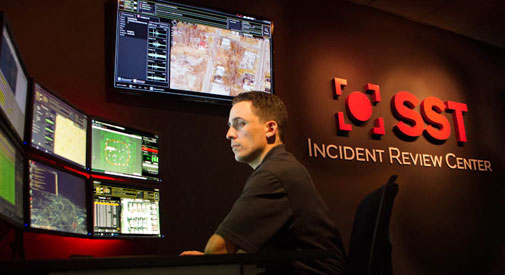 In 2014, when Cambridge installed ShotSpotter, a microphone-based gun shot surveillance system, there were lofty promises. ShotSpotter, the city said, “allows the police to proactively develop effective problem-oriented, data-driven policing strategies and tactical deployments.” By that measure, ShotSpotter has been an utter failure. ShotSpotter doesn’t even rate a mention in Cambridge’s voluminous yearly analysis of crime data. Indeed, gun crime itself is not analyzed, presumably because there is so little of it that no trends can be discerned.

ShotSpotter doesn’t belong in Cambridge. The company itself says it is intended for high crime areas, something Cambridge surely isn’t. Perhaps it was one thing to accept initial installation, funded by a regional Homeland Security grant. But that changed this year when Cambridge police requested $50,000 for what it then said was an expansion of ShotSpotter. The City Council approved that request without notice or scrutiny, as it was buried in a list of other capital expenses. When asked about those funds, the police department offered a different justification. It was a contingency, it said, in case federal grant funds fell through. Whatever the reason, the city now desires to spend $50,000 on a surveillance system it never needed and that doesn’t meet the goals the city itself set.

ShotSpotter is by no means the worst of surveillance technology. It doesn’t, for example, routinely invade privacy or violate civil rights. Though the police were unable to cite a single instance in which the resolution of a case was helped by ShotSpotter, it does get officers to the scene of a shooting more quickly. That must be balanced, though, by the number of times officers are dispatched to a ShotSpotter “activation” only to find no evidence of shots being fired. We can’t make that determination because police decline to release data on ShotSpotter activations, citing “active investigations.” Perhaps only coincidentally, ShotSpotter advises all its customers to issue blanket rejections of all public records requests for ShotSpotter data. Perhaps it’s another coincidence that ShotSpotter has tried to monetize that data by selling it to the government. Citing data from the handful of cities from which it could obtain data, a Forbes investigation showed that false alarms happened 30 percent to 70 percent of the time.

ShotSpotter and its deployment in Cambridge is not unique – it’s typical of surveillance technology: There’s no independent evaluation of its worth. Grand promises are made. It arrives as a gift, without the scrutiny a purchase would bring. It becomes part of the operational reality of the police. When it fails to live up to promises, the goal posts are moved, drastically reducing expectations. Then the grant money runs out and suddenly the costs are borne by the city.

It’s hard to fault the police department for its decisions about ShotSpotter. It’s difficult to turn down a Homeland Security grant. If you do turn it down, you open yourself to criticism of not making every effort to keep the community safe. The institutional imperatives, even for a police department such as Cambridge’s, is for more technology, not less. This, however, is precisely the argument for taking final decisions about surveillance technology out of the hands of the police. The risk and benefit must be decided by the community and weighed against other issues of public safety.

For ShotSpotter, it may well be that Cambridge is prepared to spend $10,000 to $20,000 per shooting incident to reduce police response time. The city is quite wealthy and could chose to spend its wealth that way. On the other hand, people freeze to death on Cambridge streets during the winter, cyclists die from being struck by cars or trucks and the opioid crisis takes a larger and larger toll. Perhaps we want to spend $50,000 on those issues, rather than reduce police response time to the small number of gunfire incidents that happen to occur in range of the microphones. By adopting an ordinance that requires City Council review of surveillance technology, along with full and complete disclosure of its effectiveness and impact, we empower our elected representatives to make those choices. Then we take it on ourselves to hold them accountable come election time.

The author is a resident of Cambridge and a member of its Broadband Task Force and Envision Cambridge Working Group.