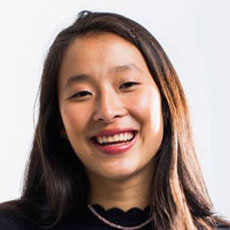 Okamoto, 19, originally from Portland, Ore., got her first experience with Cambridge when domestic violence and housing instability sent her east to “a safe place … I grew up thinking of Cambridge as a home, since my godmother lives here.” Now she is in her second year at Harvard, running for public office while taking classes and running two nonprofits: Period, an organization that supplies menstrual hygiene products to homeless women across the country, founded when she was 16; and E Pluribus, a platform encouraging millennials to get involved in politics, which she helped create in the weeks after the 2016 presidential election.

Housing affordability: “If I were to be elected, my top priority would be housing affordability. I would do this through through enforcing the 20 percent inclusionary zoning of affordable housing units in new real estate developments; pushing the council to actually invest in building more affordable housing for the purposes of affordability – we have an Affordable Housing Trust that we could be improving much more; and really pushing forward more community-minded university relations in this well-known college town.”

Education equity: “In Cambridge, the schools are mostly governed by the elected School Committee. That being said, I think that city councillors have the responsibility for advocating for all of their constituents, and this is especially important in a city like Cambridge where all councillors are at-large. I am a strong believer in the right to quality public school education, meant for the benefit or learning, which is why I do not support the privatization of any schools (especially the charter schools here). As a potential city councillor, I would use the power of my office to both raise awareness about this, but also work any angle to push forward quality public education. One of my priorities on my policy platform is education equity, and trying to find innovative ways to support students both in and out of the classroom – and to find ways to make success in the educational system more equitable. This includes fighting for access to municipal broadband and technology for all students.”

Sustainable living and safer streets: “In a city known for innovation, it is unacceptable how much more progress we have to make in forming a climate change preparedness plan, moving more toward solar and renewable energy and accomplishing Net Zero building. We also have opportunities to continue improving waste management, safer streets for all – this includes implementing more benches for streets to be more accessible for our senior residents – and more open public park spaces.”

Run for Something, a national organization supporting progressive candidates

People for the American Way: “Next Up supports young progressive candidates 40 and under running for state and local office across the country. The program helps candidates win races in the short term while creating a pipeline of leaders to run for higher office in years to come.”

Democrats for Education Reform, local chapter of an  organization fighting for education equity in public schools

Latin American Legislators, meeting in Mexico City in early summer joined together to film a video endorsement for her progressive platform for a more inclusive Cambridge

Josh Lafazan, elected to the Syosset, N.Y., School Board of Education at age 18, now running for a seat on the Nassau County Legislature at Age 23

Okamoto has accomplished and overcome so much in a short life, and it’s hard to splash cold water on anyone’s hopes to serve the public. But it’s also hard to shake the feeling that this candidacy is less than essential for someone already doing so much with her life, especially since much of her student- and university-focused platform – better institutional relations, more grad student housing – is also in the platform of other candidates. Politically speaking, Okamoto’s message and delivery can be honed further (and surely will be).

And some of what remains has to be questioned in the current political atmosphere: Namely that, with the election of Donald Trump as president and the ascendancy of white nationalist fervor, the quashing of reproductive rights and other forms of oppressive conservatism, this is exactly the wrong time for Okamoto’s campaign to encourage more students to vote in liberal Cambridge. Those young, diverse votes are very likely needed in students’ hometowns.