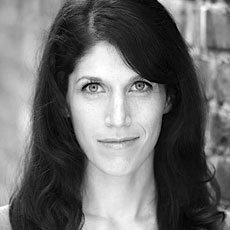 A resident since 2015, D’Ambrosio works as the producing artistic director of the Bridge Repertory Theater, a Cambridge nonprofit, and is an instructor in the Department of Music and Theater Arts at the Massachusetts Institute of Technology. She began working in theater during her college years at Amherst and moved to Boston in 2011 after receiving a Masters in Fine Arts in acting at Brown University. She recently became a Cambridge homeowner, and exploring the housing market made her realize how difficult it is for people making a middle-income salary to live and stay here.

She became interested in running for City Council, though, when Donald Trump was elected president. She said she wanted to combat current trends in national politics by bringing visibility to the marginalized groups to which she belongs – women, the LGBTQ+ community, and a dwindling middle class – and by putting forward a progressive agenda within city government.

Leveraging the arts and culture sector as an economic and community-building engine. ​“Progressive cities foster a creative culture. Period. All too often, however, the arts are thought of as the garnish on the side of the plate, rather than a main ingredient. As the only one of this year’s 26 candidates with both an arts focus and a robust background in the arts, some ideas I have to strengthen the creative culture here in Cambridge include: bringing back a vibe of flavor and flair by loosening the rules and regulations regarding busking and street performances; and creating two to three arts and culture kiosks that promote all arts- and culture-related events happening in Cambridge and selling reduced or consigned tickets to them.”

Election and campaign finance reform. “The most toxic aspects of our politics – at every level from local to state to federal –are the direct result of how we elect our officials and campaign costs that have spiraled out of control. While I’m aware that implementing election and campaign finance reform will take a great deal of time, energy and collaboration, even here in Cambridge, we must nevertheless pursue this front with great urgency, including by extending City Council terms to a minimum of three years and staggering council elections so only three seats are up for grabs in each election cycle. Limit each candidate to a $10,000 maximum campaign budget, no more than half of which can be self-funded​ – this is how I am managing my own campaign – and limit election season to no more than three months in which a series of open forums organized and advertised by the city are held at different times of day and across different venues. Also, require mandatory voting for all residents.”

Create visibility and opportunity for girls, women and members of the LGBTQ+ community. “I believe that every person deserves equal opportunity to live up to her, his or their potential. We all do better when every single one of our neighbors is in a position to contribute fully to the health, well-being and day-to-day functioning of our city. By simply being a presence on the council, I will bring visibility to women and queer people, and keep a hawklike eye on how policies are formed and implemented to ensure that these and other vulnerable populations are advocated for.”

Support the middle class. “We cannot let our city grow further out of reach from its teachers, policemen and policewomen, artists, faith leaders and other worker bees who serve the public from day to day. Some ideas I have to keep middle class people living and working in Cambridge include reexamining the criteria for eligibility for middle-income inclusionary housing, and the kind of housing made available to those who qualify; levying a vacancy tax on empty units in luxury buildings, thereby incentivizing a lower rental price for those spaces and creating pathways to homeownership in buildings that are currently rent-only.”

Pursuing aggressive action to prepare for and combat the impact of climate change. “Response to climate change is an issue that must move to the very top of everyone’s list – especially in a coastal city like ours. I have taken personal steps to reduce my carbon footprint, such as eating a vegetarian diet and divesting myself of a car, and would make it my business as a councillor to collaborate with and support others who can bring Cambridge to the cutting edge in terms of climate change action and preparedness.”

D’Ambrosio has called herself the “arts candidate” or a potential “arts councillor” a few times on the campaign trail. At another time, or if that really were the only topic D’Ambrosio cared to talk about, that might be more of a limitation – but the past council term revealed the extent to which Cambridge’s arts have fallen behind without stronger representation, and what’s at risk when that happens.

We now know arts and culture is a $175 million industry in Cambridge, supporting the equivalent of 6,129 full-time jobs annually, yet there are class- and race-based differences in how it is appreciated by residents; out-of-towners take more advantage than residents; and artists and performers are increasingly fleeing a city that is too expensive and cumbersome to live and work in. The Cambridge Arts Council’s weak position as a bargainer and innovator in years past, the languishing Constellation Center in Kendall Square, the coming wrangling over the programming at the Foundry in East Cambridge, ongoing struggles of the Out of the Blue Art Gallery in Central Square and overall potential crisis over Cambridge as a center of creativity suggests having an “arts councillor” is a pretty good idea, especially with the city putting so little money into the field directly.

D’Ambrosio still wouldn’t be a viable candidate without the attention she’s paid to other pressing issues and the positions she’s taken in addressing them. Though the notion of “mandatory voting for all residents” has us scratching our heads, D’Ambrosio has generally good, interesting ideas this city will need to hear in the coming years.