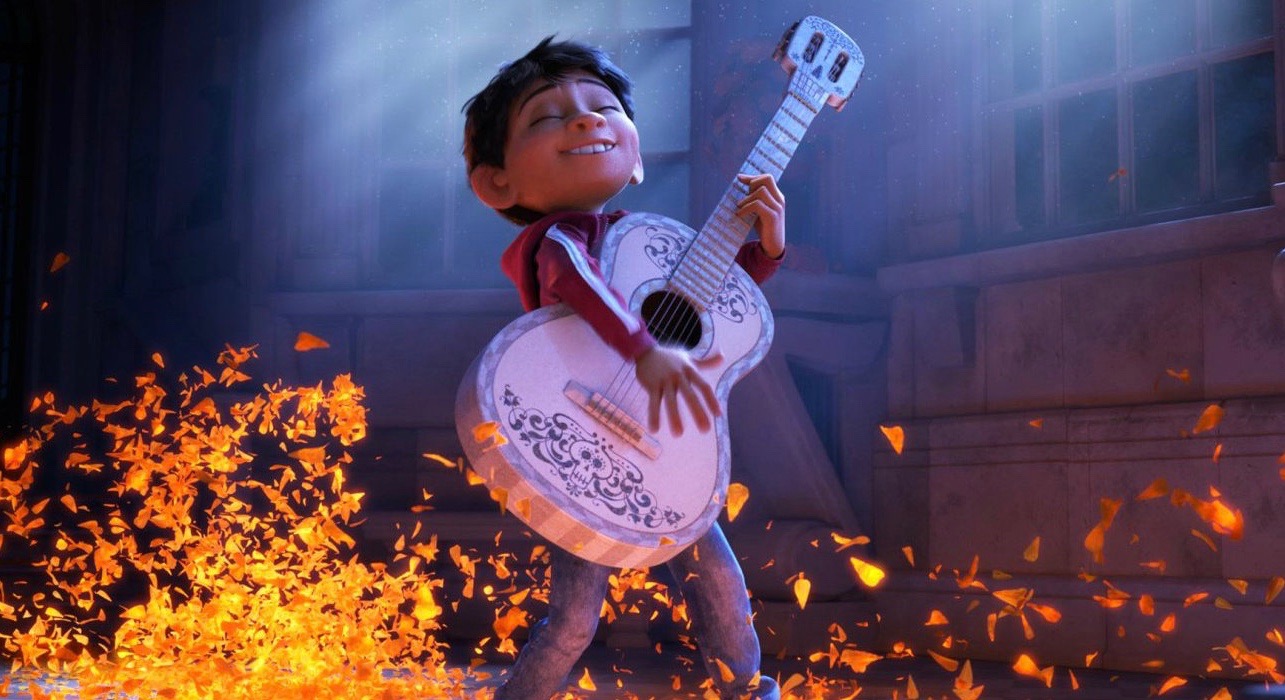 Pixar’s latest, “Coco,” directed by the powerful team up of Lee Unkrich and Adrian Molina, proudly and defiantly scales the wall of the studio’s best. (Don’t let the obnoxious, 25-minute Olaf cash grab of a “short” at the start lull you into agitation-laced slumber, because to miss what follows would be tragic.) Beautifully animated with images as lively as our hero’s undead companions and richly respectful to its cultural underpinnings, “Coco” is a lovingly told story about loss, grief, passion, the significance of memory and boundless love in all its forms. 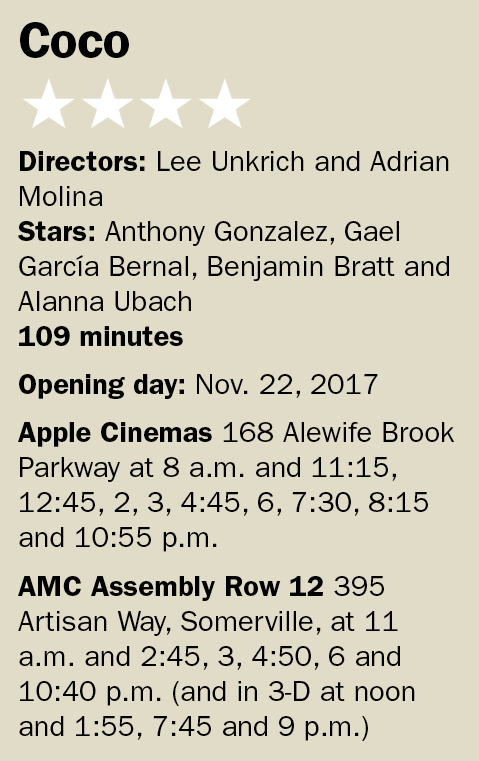 Based on the Mexican holiday of Día de los Muertos, the film escapes tired tropes by being more than what the trailers may lead you to believe. It follows a 12-year-old boy named Miguel who accidentally visits the land of the dead after a disagreement with his family and seeks the aid of his great-great-grandfather, a famous musician, to help him get back. Miguel, who has a passion for playing the guitar, is the black sheep in a hardworking family who have all grown up to believe their lineage is cursed and have expelled music from their lives. It’s that want that sends him off on his journey to the land of the dead and through an adventure full of family history and self-exploration.

The film establishes its romanticism as soon as the opening credits roll and we’re given the backbone of a story through flags adorning the streets, animated in old-school Disney stylings that could have fit easily in the opening titles of “Sleeping Beauty.” Just as little time is wasted in establishing the world of Miguel and his expansive family. It’s vibrant, controlled chaos, as one voice bounds above the rest to be heard; despite the family having forsaken its kind, “Coco” is an inherently musical film without the need to constantly burst into song. From the old tales family members spin for one another to the artistry that goes into their shoemaking and Miguel’s adoration of old films and their music, loving the art in whatever it is you do feels essential to the lives of the characters.

The animation at Pixar can rarely be called anything other than exemplary, and “Coco” may be its most extensive and colorful to date, having been given a world in which its artists are allowed, even more so than usual, to allow their imagination to run free. Immense warmth is poured into every frame, from the cobblestone streets of Miguel’s hometown to the orange-petaled bridge Miguel uses to cross into the world of the undead, a “Spirited Away”-like transference into the spiritual that comes with explosions of vibrancy and color.

Pixar, up until now, has done a marvelous job at finding the humanity in everything from adventurous toys and anthropomorphic emotions to sentient, lovelorn robots and fearful clownfish. What other studios are able to bring adults to messy tears over the fate of a toy cowboy and astronaut? With “Coco,” the filmmakers have brought their warmth and character-grounded spectacle to the undead with a fervor that far outweighs many of the studio’s brightest, because of how fundamentally potent the emotions are. With a storyline such as this, it would’ve been easy to flirt with mere farce or play with stereotypes; instead, “Coco” builds something grand upon a stable and heartfelt backbone. We can buy into the bigger ideas and fantastical moments because by the time we’ve crossed that bridge we’re already committed to Miguel, his family and their happiness.

So much of the success lies with the music and cast of voice actors. The highlights are young newcomer Anthony Gonzalez as Miguel and Gael García Bernal as Hector, the trickster who helps Miguel in his adventure. Bernal, in any forms, is a welcome presence, bringing pathos and humor to a character whose storyline might’ve been the toughest to play naturally; and Gonzalez has natural talent, earnest as any preteen talking about something he loves. They’re aided by original music from Pixar and Disney regular Michael Giacchino, composing some of his best pieces in years.

The work on screen is tireless, spinning a loving and immersive tale of memories, familial love and gratitude and the importance of holding onto where you’ve come from while forging your own path.“Coco” is a welcome reminder of what a studio can accomplish at the top of its game. More importantly, it’s a welcome and timely message of acceptance, finding hope and creativity in one’s surroundings, and the need to reconcile our past with our future – all with chirping dogs, singing skeletons and grandmothers who throw their sandals at anyone who disrespects them.