Five things to do this weekend: Dec. 1-3 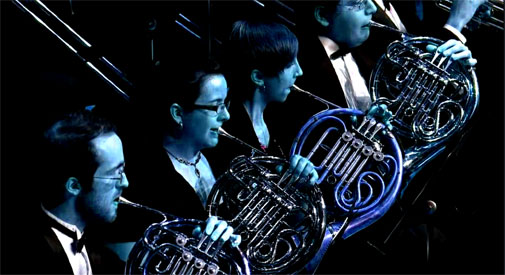 Five things to do this weekend: Dec. 1-3

Sophisticated lighting adds a new element to the music of Holst, Ives, Grainger and Hindemith,  as well as chamber music from the 16th century to the 21st century and even a bit of Kurt Weill’s “Little Threepenny Music.” Guest musicians from Medfield and Norwood high schools and the Chenery Middle School in Belmont join the ensemble led by Frederick Harris Jr., music director, and Kenneth Amis, assistant conductor. Information is here. 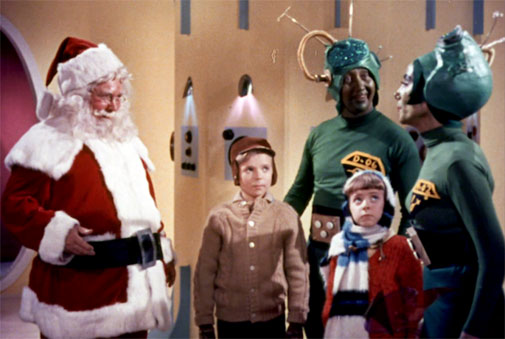 “Santa Claus Conquers the Martians” on stage from 8 to 10 p.m. Friday and Saturday (with a 2 to 4 p.m. Saturday show as well) at Unity Somerville, 6 William St., just off College Avenue near Davis Square, Somerville. General admission is $15 (or $16.52 with the online service fee).

The Post-Meridian Radio Players present an original adaptation of a 1964 Christmas sort-of classic (seen above). In this version adapted and directed by Mare Freed, Santa Claus and a couple of unlucky children are kidnapped off Earth and brought to Mars to make toys. Martian ruler Kimar’s intentions are good: He’s worried that Mars kids take in too much Earth pop culture. But this was before peak TV. Information is here. 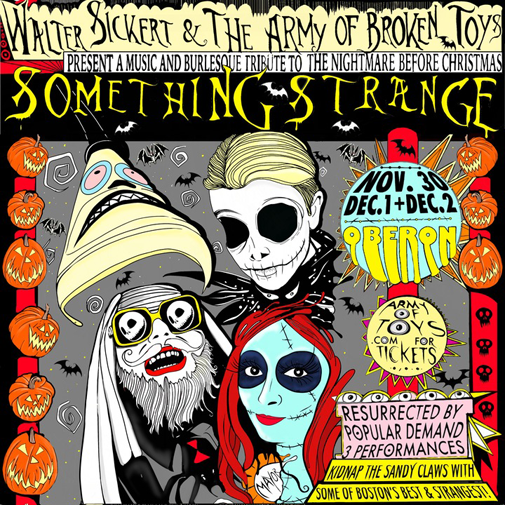 Of course the playfully dark Walter Sickert & the Army of Broken Toys troupe of musicians and artists would be the ones to take love of Henry Selick’s 1993 stop-motion film to such intoxicating heights. This isn’t really a children’s show, but people under 18 are welcome with a parent, guardian, or other responsible adult – and the matinée is promised to be more brightly lit and a bit lower in volume. Information is here. 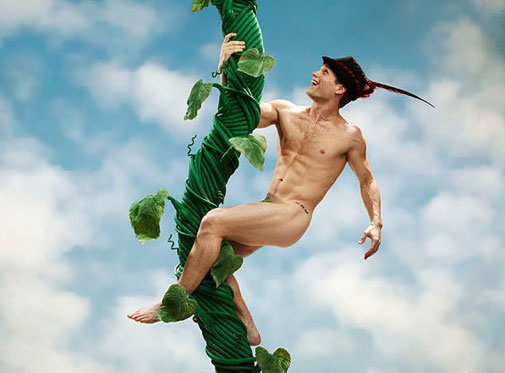 Happy Endings! Adult Folktale Telling from 7 to 9 p.m. Sunday at The Center for Arts at the Armory, 191 Highland Ave., Somerville. No price listed, but be braced for a possible donation at the door.

A similar event in April was women-only, but this time around the local Adult Folktale Telling group has opened its doors to every sex interested in folktales, legends, myths and fairytales where the telling is fantastical and there’s always a happy ending. Ahem. Dinner and drink are available at the Armory’s cafe during this adults-only event. Information is here. 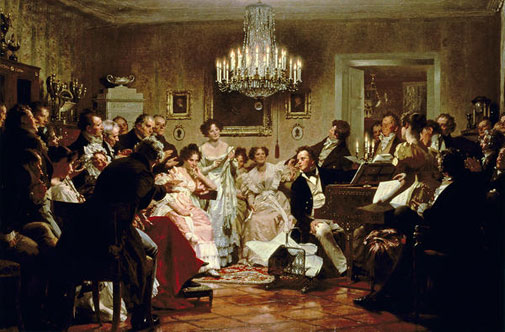 “Fantasia” classical concert from 4 to 5:30 p.m. Sunday at 20 Appleton St. Unit 2, near Davis Square, Somerville. A donation of at least $10 is expected for the musicians.

Classical music in a cozy apartment setting with violinist Emil Altschuler and pianist Alice Chenyang Xu, who will perform transcriptions by legendary violinist Jascha Heifetz of songs by Gershwin (including “Porgy & Bess,” “An American in Paris” and “Preludes”), an audience favorite inspired by the “Jitterbug” by Robert Russell Bennett and popular classics such as Schubert’s “Fantasy in F minor,” Massenet’s “Meditation” (from “Thais”) and Sarasate’s “Zigeunerweisen’ (Gypsy Airs).” Information is here.