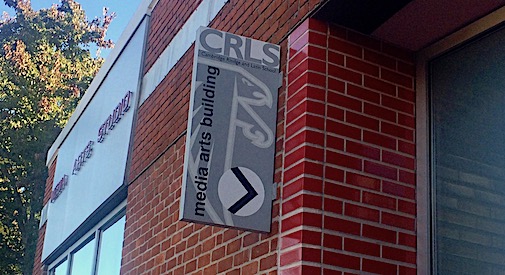 It’s an issue that has dogged city officials for at least five years, causing internal dissension and some degree of absurdity when roundtables or other meetings that aren’t officially televised are nonetheless filmed, live streamed and archived online by citizens with little more than a phone.

A motion by committee members Emily Dexter and Manikka Bowman to televise all of this year’s budget-related meetings – whether they are called “roundtables, workshops, retreats or special meetings” – was set aside temporarily Nov. 21 by vice chairman Fred Fantini. The reason, he said, was that budget co-chair Kathleen Kelly was not present.

Dexter needed to assert a sponsor’s right to talk about their motion before “calendaring,” citing Robert’s Rules of Order before Fantini’s motion cut her off.

Noting an increase of 4,000 people voting for School Committee in November’s election as evidence that more people are “interested” in the schools, she said that “one of our strategic goals is engaging our families in the process … I don’t want it be just a small subset of people who are able to get here in the evening” who can see the committee’s work. The motion also asked for child care, assessing the need for translators and holding at least one public hearing on a Saturday at a location other than the committee room.

Though she signed on as a co-sponsor, Bowman’s apparent lack of enthusiasm for the motion helped stay any sense of urgency. “Ms. Dexter reached out to me,” she said in her co-sponsor statement. “I’m always looking for ways to engage our family more. I’m more than happy to be in a continued conversation on what is the best approach to this.”

Fantini has made several public comments urging more “transparency” and reliance on technology to increase public engagement, but Mayor E. Denise Simmons has been clear in a number of statements that she feels cameras work against participants’ involvement in meetings.

Simmons objected to Dexter and Bowman’s budget-related motion as doing an “end run” around the issue of televising roundtables by including them among workshops, retreats and special meetings. A previous motion by Dexter and Patty Nolan directed the governance subcommittee to review and recommend whether School Committee rules should change to allow televised roundtables, matching a recent loosening of City Council policy. The governance subcommittee, chaired by Fantini, has not met yet and is not yet scheduled. On Nov. 14, Fantini told Cambridge Day the issue will “get done either by having a governance meeting or I will just bring in a motion.”

Asked whether either television-related motion will be addressed before or after inauguration, when a different mayor will likely be elected, Fantini emailed that “either way is fine with me, but letting the new committee decide has some merit.”

Voters elect only six of the seven members of the School Committee – the seventh being the mayor, who chairs the meetings but is elected by city councillors after their inauguration in January. The election of the mayor can take anywhere from a few hours to several weeks as the nine councillors try to find someone they can agree on. The School Committee can continue its business in the meantime, but as chair, the mayor significantly sets a tone for meetings.

For years, the budget subcommittee has had at least one meeting or public hearing before the end of the year, even on election years. But no budget meetings have been scheduled yet.

The budget subcommittee is “of the whole,” meaning it includes all committee members; Kelly has co-chaired with Richard Harding for four years, with Harding co-chairing for several years before that. This is Harding’s last month on the School Committee – he ran unsuccessfully for City Council this fall – and though Kelly provides continuity, her co-chair will not be appointed until after the Jan. 1 inauguration of the new committee, Fantini said.