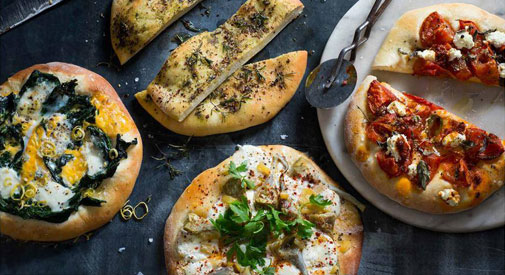 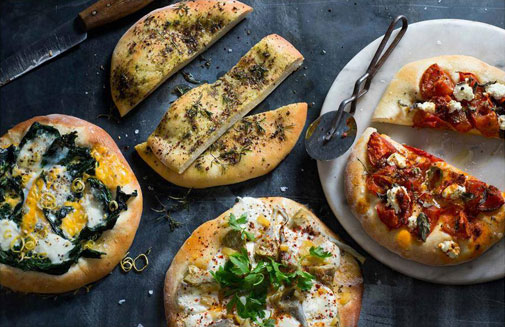 Flatbreads like those served at Moona on Hampshire Street may be served at Pita on Springfield Street in Inman Square. (Photo: Moona)

The transformation to Middle Eastern street food from Mexican street food will be complete at Pita in Inman Square by mid-January, said owners Mohamed El Zein and Radouan Ouassaidi.

The tiny space at 12 Springfield St. (only 1,000 square feet, with about 92 for dining) used to be Olécito, which had customers lining up out the door but could seat only a few at a time – and when the door swung open, it would hit two. El Zein and Ouassaidi told the License Commission on Wednesday that they will at least move the kitchen counter back to reconfigure the space for a half-dozen seats and people ordering and waiting for food.

Doors will unlock at 7 a.m. for coffee and breakfast – a lesson El Zein and Ouassaidi learned from running Moona, the Middle Eastern/Eastern Mediterranean restaurant to Pita’s rear on Hampshire Street. When they took over the space from Playska, the Balkan sandwich shop, “they opened at 11 o’clock. Most of the people going to work want a fast bite to eat – if you open at 8, you’ve missed that window,” El Zein said.

Pita will also be able to capture a late-night crowd. It’ll be open to 2 a.m.

The in-and-out joint will focus on sandwiches, salads and plates of classic fare such as felafel, pita and hummus (and possibly feature dishes such as shakshuka, kebab, flatbread and shawarma), with everything made fresh. “I don’t even get hummus from the supermarket,” El Zein said.

Moona will stay open, similar to how Olécito was the casual version of the Mexican food across Springfield Street at Olé.